Saturday July 31st, 2010 at least eight people, including an activist of the Muttahida Qaumi Movement and two Awami National Party workers. They were gunned down in separate incidents of targeted killings. In response to the episode of target killings an arson attack on an MQM office followed on the same day spreading to other parts of the cityâ€™s East and West districts.

According to the police MQM worker Jamil Khanzada, who was also a former councilor of UC-5 of Shah Faisal Town, was leaving a graveyard after his visit when two men on motorbikes open fired at him. He was rushed to a nearby hospital where he was pronounced dead.

A couple of hours later two ANP workers, 40-year-old Wazeer Khan Alias Wazeerzada and 20-year-old Tahir Punjabi, were gunned downed by unknown motorcyclist outside a snooker club in Karachi. Both victims died in the hospital.

A 13 year old boy was wounded when heavy gunfire erupted in areas such as Malir and Shah Faisal Colony. People were forced to stay in their homes due to the heavy firing.

Among the 40 people who were killed were Abdul Munim, Farhan, Israr and Javed. They were wounded in the crossfire between two rival groups near Kati Pahari. The victims were shifted to the Abbasi Shaheed Hospital, where 40-year-old Abdul Munim passed away.

On Monday August 2, 2010, MQM Sindh Assembly MPA Raza Haider was assassinated by unidentified gunmen on motorbikes. It was a drive by shooting but police are sure that it was an incident of target killing. His bodyguard was also killed in the shooting. Mr. Haider had arrived at a Mosque for a funeral in Nazimabad 2 where he was shot. He was rushed to a hospital but passed away in the ambulance.

After the incident Aerial firings were heard across the city of Karachi including areas such as, Gulistan-e-Jauhar, Gulshan-e-Iqbal, Federal B Area, Orangi Town, and Nazimabad. A passenger bus was also burned on Abu Hassan Isphani road. Roads are blocked and traffic is jammed everywhere.

Haider Abbas Rizvi, MQMâ€™s MNA, has condemned the killing and appealed for calm in the city.

While talking to reporters outside the parliament house Interior Minister Rehman Malik Condemned the killings and blamed the act on Sipah-i-Sahaba Pakistan who are banned in the country. â€œWe also report that Sipah-i-Sahaba had issued him [Haider] threatsâ€ Mr. Malik Added. He also said that Sipah-i-Sahaba was targeting Shias all over the country and wants to create unrest in the country. The Interior Minister said that he has spoken to ANP leader Asfandyar Wali who also condemns the attacks. â€We shall definitely apprehend the killers,â€ he continued.

Police official Waqar Mallan told AFP, â€œHe had gone to attend a relativeâ€™s funeral. Drive-by shooters attacked him near a mosque, injuring him and his guard seriously.â€

He died on his way to hospital. It is a targeted killing.â€

Spokesman for the Sindh provincial government Jameel Soomro said that this killing was a part of a broader conspiracy. While he did not name any person or organization that could be behind this incident he did say that this is a way of increasing ethnic tensions and further weaken a country which is dealing with natural disasters and terrorists at the same time.â€ The country is in the grip of natural calamities and we are fighting against terrorists. At this moment, conspirators want to destabilize Karachi, which is the financial engine of Pakistan,â€ he said.

On Tuesday August 3, 2010, The Muttahida Qaumi Movementâ€™s (MQM) Rabta Committee said, during a press conference, that the Federal and Provincial interior ministries knew about the threats against MPA Raza Haider prior to his death but no major steps were taken to avoid the killings.

Mr. Anees Qaimkhani stated that the provincial government was told about the Talibanization of the area but the government did not take any measures to control the situation. He also said that the MQM was being punished because they raised their voice against religious extremism, and different mafias. He blamed ANP for the killings and said that now is the time for a major operation from to control the problem. 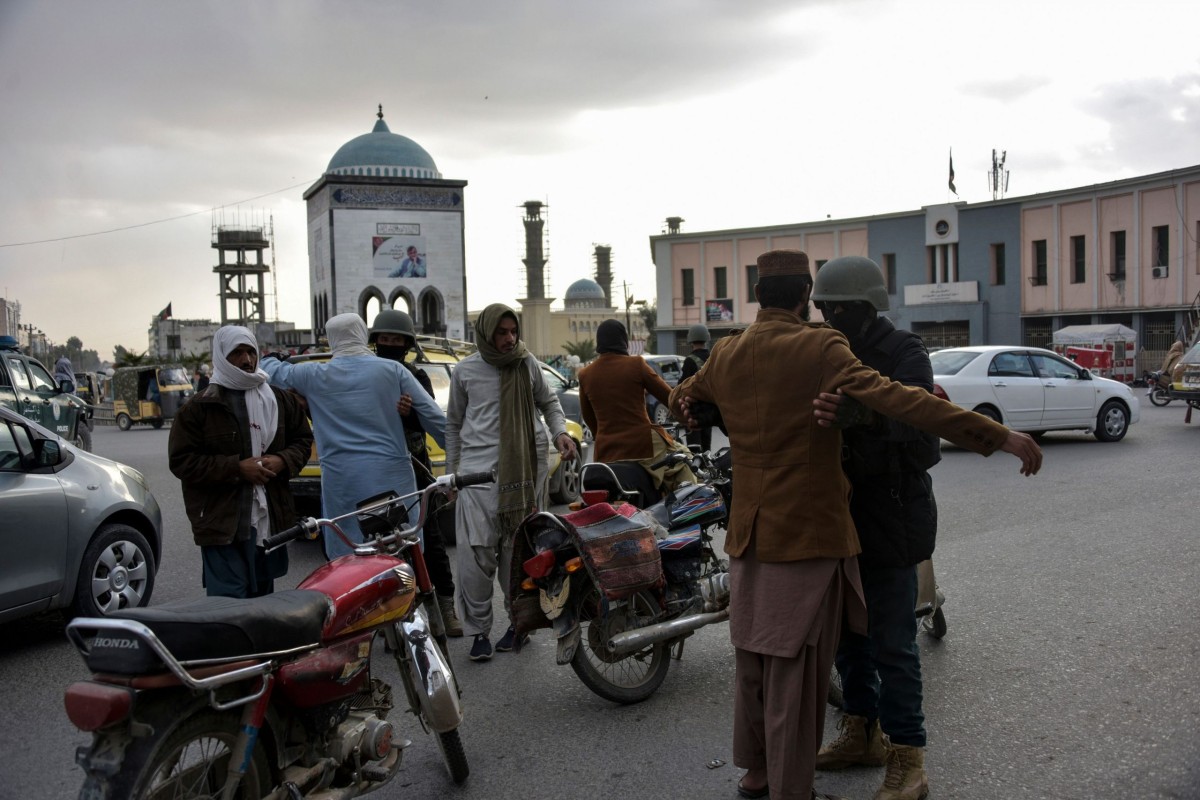 The Future of al-Qaeda in Afghanistan & Pakistan

Zack Chibane Gets His NFL Shot

Zanzibar and the Hope of Faith