With an increase in the negative portrayal of Muslims in the media, it is hardly a surprise that Islamophobia and Islamophobic incidents are on the rise. The American-Muslim community is targeted in the press with discourse on Islamic extremism, making terrorism and Islam synonymous in the minds of Americans. Meanwhile, domestic terrorism committed by non-Muslim white people is encoded with sympathetic tones.

Recently, we saw the tragic murder of Nabra Hassanen, a 17-year-old Muslim teen in Virginia, being blamed on road rage despite her father claiming it was an act of Islamophobia. Hassanen’s tragedy isn’t unique in a country where Muslims are constantly threatened because of their identity. We live in a time where 80% of the media coverage on Islam and Muslims of the United States is negative. Couple this with the fact that most Americans don’t personally know a Muslim, and America has a serious anti-Islam problem on its hands.

To tackle this precise problem, the Institute for Social Policy and Understanding (ISPU) is launching their newest project: Muslims for American Progress, also known as MAP. ISPU is an organization that started as a means to aid Muslim-Americans through research, discourse, and community outreach. After sixteen years, ISPU is still devoted to spreading accurate information about the 3.3 million Muslim-Americans living in the US. MAP is their newest venture into educating the American public about their Muslim neighbors. Through evidence-based research, ISPU hopes to correct the deeply distorted depiction of Muslim-Americans in their own society.

The MAP project explicates and emphasizes the contributions of Muslim-Americans to American society in areas such as economic development, arts and entertainment, philanthropy, education, and more. Through quantitative and qualitative data, MAP creates an accurate portrait of the Muslim-American community – one that resists the popular and Islamophobic narrative currently being perpetuated in the mainstream media. Simply put, this project is about conveying the facts and telling the real stories of America’s Muslim community. Through this, MAP hopes to not only untangle the harmful web of falsehoods surrounding the Muslim identity but also prove that Muslim-Americans are vital to a prosperous nation.

As part of the MAP project, ISPU has recently published An Impact Report of Muslim Contributions to Michigan. For this report, 146 Muslims were interviewed for an hour each to gather the data necessary to analyze the Muslim-American community of Michigan. The report discovered that Michigan’s Muslim population, despite only constituting 2.75% of Michigan’s population, contributes significantly to the state.

The study revealed that Muslims in Michigan donated $177 million to charity in the year of 2015, Muslim-led teams achieved 1600 new patents in the past five years, Muslim households spent over $5 billion dollars in 2015, and much more. This study illuminates the role the Muslim community plays in Michigan, and by extension in the US. Data, such as the kind this study collects, is immensely helpful in educating the public about who Muslim-Americans really are. Armed with these facts, Muslim-Americans can feel less alone and less powerless when faced with the scrutiny of the mainstream media.

While the Impact Report deals with hard facts, ISPU also took the time to collect the human side of the Muslim community in Michigan. Throughout the interviews, people’s stories were gathered and put into a photo narrative series. This allowed Muslim-Americans to talk about their own lives in their own words while humanizing the Muslim identity.

Below are a few faces and a few stories of the Muslims for American Progress project: 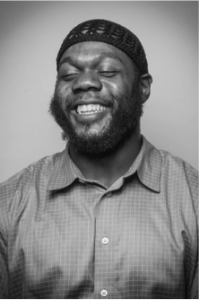 El-Alamin is the founder and executive director of M.A.D.E. Institute in Flint, Michigan, a non-profit that serves formerly incarcerated individuals and at-risk youth.

“I deal with a lot of different types of people. I’m always me regardless of who they are. Whether it’s the governor or mayor, I’m still going to be honest and tell you the truth of what’s going on, and the things that you can do to help.

Often people have stereotypes and prejudices about people who come from the inner city or have been to prison. I tell people I have three strikes against me. We know our country is founded on racism. So, I am of African descent, first and foremost. I have that on me. Then, converting to a religion that is not the dominant religion is a barrier. Next, I’m a felon. I have a number on my back. So, not only do I have to struggle with just being a black man in this racist country and society, but I’m also a former felon, and I practice Islam. 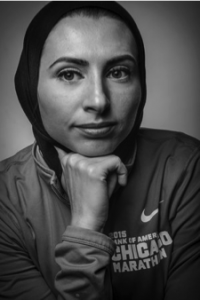 Khatib is a stay-at-home mom; an international marathon runner; the first hijabi to appear on the cover of a US Fitness Magazine; and was a top ten finalist in the 2015 Runners World cover search. Khatib uses her running to empower the community through advocating for healthy living while organizing local runs.

“I was a stay-at-home mom with two kids under age two. I felt empty and out of touch with society. Being at home all the time makes you feel like you’re left out from the greater community and like you’re not contributing to anything. I felt like I needed to get out there somehow.

I started going to the gym, not to lose weight or to look good. It wasn’t even about looks at all. I went to blow off some steam. Just get out of my house. Slowly, I started loving it.

Then I was like, “You know what? I need something more.”

My son’s school registered for the Martian Marathon here in Dearborn in 2012, and the gym teacher said, “You should sign up for the run and try to do that.”

So, I signed up for the 10K, not the 5K. I love to challenge myself. I trained and just did what I could, getting out there and running almost every day. Crossing the finish line, I had such a euphoric feeling that I came back for more, and more and more.

Being a stay-at-home mom you need to push through when things get bad. You know that eventually you’re going to get rewarded at the end.

There’s a saying, “If you want to see the positive side of humanity, go watch a marathon.” Go watch people crossing the finish line. People are in tears, people are hugging each other, people are on the floor prostrating, people are just—it’s just raw, deep emotions. Like giving birth.” 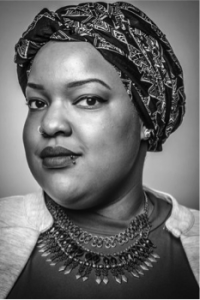 Vernon is an author, fashion blogger, and body-positive activist.
“My mother was very … eclectic. We thought that was normal growing up. Whatever world she created for us, that’s what we believed.

She home-schooled us, so afterward I’d ride my bike to the library and read for hours—C.S. Lewis, R.L. Stine, and J.K. Rowling. I pretended to be the characters. I had my own little world. Then, I’d go home and have to deal with whatever stuff my mother was going through.

My parents shaped who I am now. It’s why I am a writer, because I can create with words these colorful images and stories. It’s why I like fiction more than nonfiction, you don’t have to expose that you came from poverty or that you’re even African American. Writing was an escape. And it still is.

In my own little world, I was the protagonist who would save the day. I used to be into superheroes like Superman and Sailor Moon. During that time, there were little to no people of color in any of those roles. So, I imagined myself as a Caucasian superhero or heroine. There is a split identity, or identity crisis that I went through as a young adult because I looked like this, but I thought I was that.

I try to make my stories multicultural because that’s what the world is really like.”

As an increasing number of American-Muslims continue to be attacked in their own country, it’s easy to feel helpless. How does one answer hatred and Islamophobia with a coherent response? However, a lack of information and education can be rectified. ISPU recognizes that hate is bred from ignorance and ignorance can be answered with information. The MAP project accurately explores the strength, impact, resilience, and diversity of Muslim-Americans in ways that Americans aren’t used to seeing. Through MAP, ISPU has made the bold first step to educate the American public about exactly who Muslim-Americans are. 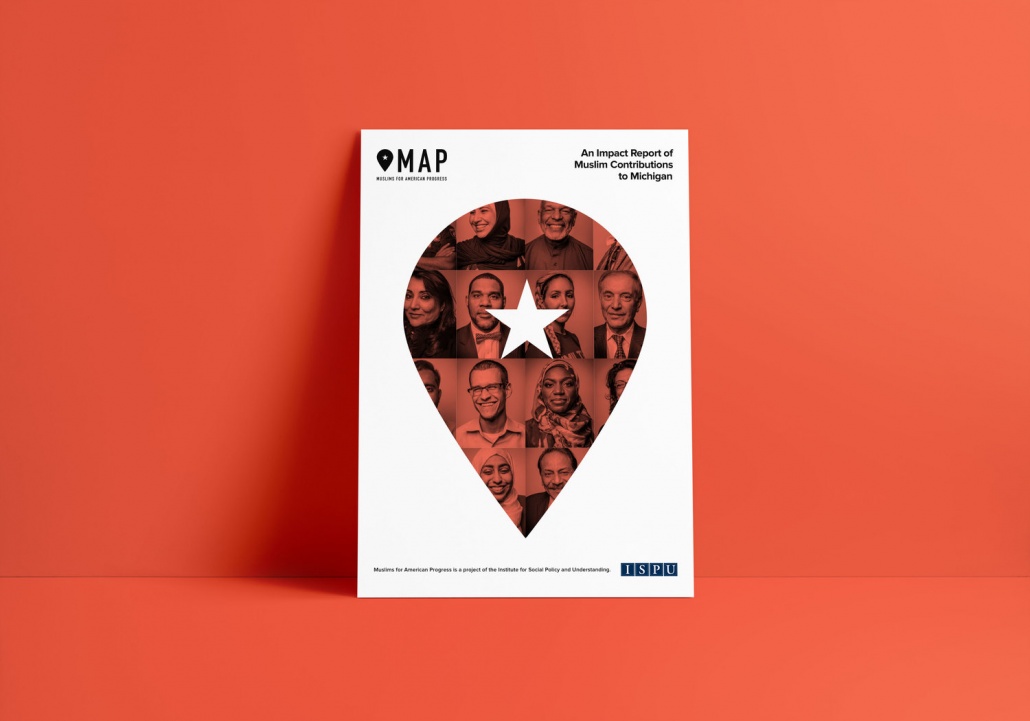 © 2020 MuslimObserver.com, All Rights Reserved
Ramadan, An Exercise in Self Control