by Imam Mustafa Elturk
Muslims obtain their guidance from two main sources; the Qur’an and the Sunnah (sayings and actions) of the Prophet Muhammad (SAW). Both sources assert that civic engagement is an obligation. In praising the last and final ummah, Allah (SWT) declares,

It is clear that we, as Muslims, have become the best ummah, the best nation, evolved to serve humanity. We have been chosen for this task, i.e. to serve the community at large, Muslims and non-Muslims alike. The Prophet (SAW) did inform, “The best of people are those who are most beneficial to people.”
Imagine if the Prophet (SAW) rejected the support of his own uncle Abu Talib because he was a polytheist and died on that state of disbelief
Abu Talib was responsible for the protection of Prophet Muhammad (SAW) from physical harm and had allowed him to freely preach what he believed in without the threat of intimidation coming from the leaders of Quraish led by Abu Jahl who vehemently opposed his message.
When the Prophet’s worldly protection Abu Talib passed away, his life was threatened and preaching the new message/faith came to a standstill. He fled to al-Ta’if to seek a new base for propagation (dawah). And to his utter disappointment, he was rejected and driven out of the town. His only refuge was to go back to Makkah. Now that his worldly protection Abu Talib had died, he needed what was called, Ijarah, someone who would grant him asylum or protection in his own homeland. It was Muta’am bin Addi, a polytheist, that gave him the protection,
The Prophet (SAW) sought the goodwill of people who didn’t accept his faith. He set the standard for seeking support from non-Muslims when necessary.
There was an incident that happened when the Prophet (SAW) was a young man. The event was called, hilf al-Fudul, or “The League, the Pact of the Virtuous.” The Prophet (SAW), in his youth, was present in the house of Abdullah Ibn Jud’an where tribe leaders met and agreed basically on two main principles. One; respect the principle of Justice and two; collectively intervene in conflicts to establish Justice. The pact was written and placed in the Ka’bah believing that God will protect the pact. Years later, the Prophet (SAW) in his admiration of the pact recalls, (on the authority of Aisha): “I witnessed in the house of Jud’an the pact of al-Fudul and if I were to be invited today (after the establishment of Islam) I would respond.” This tells us that the Prophet (SAW) is ready to cooperate and simply engage with whomever on issues of social justice, The event is a great example of cooperating with non-Muslims on matters of justice.
The Qur’an and the Sunnah makes it very clear that civic engagement with non-Muslims upholding universal values that include freedom, equality, and justice and cooperating with them on matters of goodness and piety is a religious obligation as Allah (SWT) commands,

“And cooperate with each other in (matters of) goodness and righteousness, and do not cooperate with one another in sin and hostility.” (al-Ma’idah, 5:2).

We too must respond to any form of alliance with non-Muslims as long as the objectives and the means to achieving the goals do not contravene the basic teachings of Islam, i.e. the Qur’an and the Sunnah.
With the ongoing ambush on Islam and Muslims in the West, particularly here in America, Muslims must rise to defend themselves and the faith they claim. We, as Muslims from across the globe residing here in America, must come together for the sake of our religion and the future of our children.
Challenges are inevitable. However, they can be overcome if we have the desire to civically engage. The Prophet (SAW) sought the support of non-Muslims, and so can we. There are many people of conscience who may not share your faith but are ready to stand up to the ideals of freedom, equality, and justice.
We have no choice but to work with and build alliances with individuals and organizations who are sympathetic to our cause and are willing to stand by our side. However, we must have a clear agenda that addresses the challenges we face today.
The civic engagement must be fundamentally based on justice.

“O you who believe! Stand out firmly for Justice as witnesses to Allah, even if it is against yourselves, your parents and close relatives…” (al-Nisa’, 4:135)
Similarly, Allah (SWT), in the reverse order says,
“O you who believe! Stand up for Allah as witnesses to Justice. And do not let the enmity and hatred of others make you swerve from doing Justice…” (al-Mai’dah, 5:8).

We are granted an opportunity to stand up for justice/Allah as witnesses to Allah/justice. Being the source of justice, Allah (SWT), one of his names is (al-‘Adl), the Just, wants us to exercise our duty of ordaining good and forbidding evil. Should we fail to fight for and uphold justice, we will fail to be witnesses to Allah. Similarly, should we fail to stand up for Allah and the values and principles He (SWT) imparted and doing His will, we will fail to be witnesses to justice. We must personally be firm on justice while striving to see that others are upholding justice.
Although there is much good in our societies, we can’t ignore the injustice of systematic and institutionalized racism, Islamophobia, racial profiling, police brutality, not to speak of environmental issues, killing and maiming of civilians with drones, occupation, and usurpation of land. If we consider ourselves as part and parcel of this society, we then need to act. We simply cannot continue to remain silent in our comfort zones. We must get out of our comfort zones and engage in the struggle for justice.
The Prophet (SAW) instructs, “Whoever among you sees an evil, let him change it with his hand; and if he is not able, then with his tongue; and if he is not able, then with his heart, and that is the weakest of faith” (Muslim). The word hand in this context denotes authority. We must use all legal channels and speak out against injustice and the least we could do is feel within our hearts that it is evil and bad. It should prick our hearts and that is the weakest of faith. We ask Allah (SWT) to give us the courage to stand up for justice as witnesses to God and to stand up for God as witnesses to Justice.
Yusuf (AS) spent much of his life in a godless society where he was wrongfully and unjustly accused of a crime he did not commit. He had to spend time in jail. Yusuf (AS), was an optimist. He recognized his strengths and how he could help his community and society. He nominated himself to the Secretary of the Treasury post and he was given that post. Through his efforts of enjoining what is right and forbidding the wrong he was able to reshape his society. He succeeded and eventually became the Minister of Egypt.
We have opportunities here. As Muslim minorities, we shouldn’t blame the powers that be if we don’t exercise our right to vote. On the other hand, we should blame ourselves, because we were not engaged in the process that could change the conditions of our society.
We are beyond whether voting is halal or haram. We have to exercise our consciousness and do the right thing. Voting is another area that may be considered as Amr bil-Ma’rouf and Nahi ‘an al-Munkar, enjoining what is right and forbidding the wrong.
It is important that all registered voters vote their conscience according to their criteria and standards. Hopefully, the candidates that get our vote are among those whom the Prophet (SAW) described, “The best of people are those who benefit other people.”
May Allah (SWT) guide us in doing the right thing, Ameen.
Share on Facebook Share
Share on TwitterTweet
Share on Google Plus Share 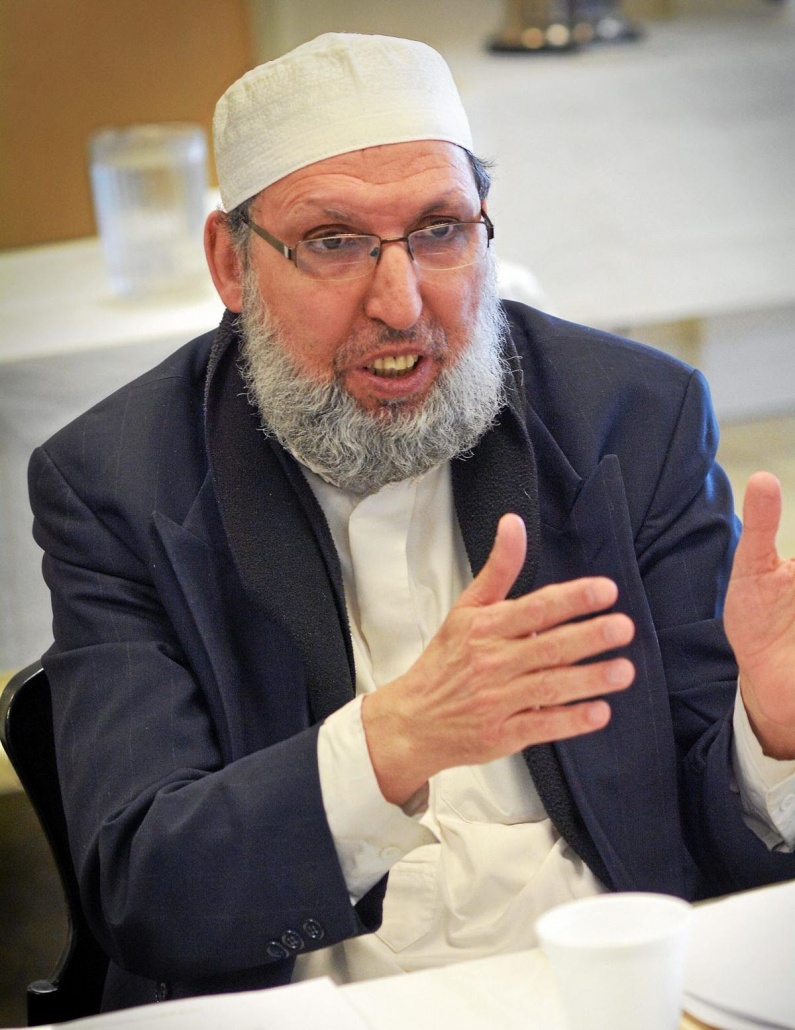 Ghosts of Grenfall, Remembering the Victims
by Amina Khan Lowkey, the first time music has brought tears to my eyes. Questions upon questions come to mind when…

Believing in What You Can’t See

© 2020 MuslimObserver.com, All Rights Reserved
Muslims Shine at GRB Once More

Book Review: The Redemption of a Muslim American Patriot
Scroll to top