Medford (Ore.)–This article has arisen from a short but fruitful correspondence I had with Catherine Sakdam, the Associate Editor of the Beirut Times, in Lebanon.  I would like to expand upon that dialog to broaden our discussion with all our readers on our present crisis.

I began adding a comment on Catherineâ€™s article of last week.   I must admit there was some sloppy reading on my part because I was an inattentive when she shifted from her personal analysis and those views she was analyzing.

My position on her article was that her analysis was very good, but some of the views, which I mistook wrongly were hers, were grossly incorrect. I was satisfied when she corrected my misunderstanding that they were not hers and but her subjects.  I believe those individuals percepts are succinctly wrong.

From my view from the â€œImperial Homeland,â€ Daniel Pipes, whom she quoted, is often referred to as the â€œAngel of Deathâ€ within the Washington itself.

(At this juncture I must state emphatically that I am anti-Imperialist, and am often a critic of my own governmentâ€™s foreign policy.)

In the Beltway (the District of Columbia), Pipes and most of the Neo-Conservatives (Neo-Cons) were Zionists â€“ even serving as advisors to Netanahayuâ€™s first government.  Afterwards they served in either the â€œKitchenâ€ (close unofficial advisors) or the actual Cabinet of (U.S.) president George W. Bush.

The Neo-Conservatives, who are most assuredly apologists for Tel Aviv, had much negative influence on the past regime.  They confused Americaâ€™s interests with Israelâ€™s:  The â€œtail wagging the dog,â€ as it is quaintly termed by certain American thinkers.   Thus, one theory for the aggression  of 2003 is that it was more in Israelâ€™s interests than the United States.â€™  The U.S.â€™ establishmentâ€™s behavior at the beginning of this contemporary century is solely to blame for the Mesopotamian humanitarian catastrophe today.  Therefore, in the current crisis, not much credence should be given to the re-emergent Neo-Cons overtly aggressive critical comments on the present calamity.

As for the theory that Israel or Turkey was overtly supporting DAASH, I strongly would dispute this.  In fact Ankara, feels that ISIS is a threat and may have cells already on the part of their territory which the latter controls.  They are working closely with the American governmentâ€™s efforts to counter the threat at this time.  After the Islamic â€œStateâ€ in Iraq and the Levant (ISIL) â€œarmyâ€ overran Mosul and captured their diplomats there and their families, the Turks declared that if any of their representatives or those families members were harmed, that regional hegemon would enter the Iraqi fray.

Another regional power, Israel has committed to the United States that, if the Islamic â€œStateâ€ of Iraq and Syria (a.k.a. SyrIraq) threatens Hashemite Jordan, the Israelis will come to the latterâ€™s defense.  I have a disdain for the Likkudâ€™s interpretation of a Zionist homeland within an alien ancient culture that surrounds it. Thus, I believe its existence is at the heart of the Middle Eastâ€™s most recent emergency.  It demonstrates the Israelisâ€™ unease at the rise of this self-described â€œIslamicâ€ entity.  Further, this indicates where the self-denoted mythical heir of a long-gone nation will draw the gauntlet at this existing threat.

Saudi Arabia and the Gulf States do have an interest in the success of DAASH due to their sympathy for the Salafi-style Islam which grew out of their Wahhabi State(s) reigning religious sympathies, and their fear of a bordering Shia-dominated Iraq which, also, the third hegemon in the region, the (Shia) Islamic Republic, sees as a buffer to the Sunni-dominated Saudis and the largely Sunni-ruled United Arab Emirates.

The Obama Administrationâ€™s goal is to withdraw from blatant military involvement in the internal affairs of the Middle East and the greater Islamic world, and he has been mostly true to his promise in Iraq and Afghanistan.

Yes, we (the West) have a strong economic interest in the MENA (Middle Eastern/North African) zone, but we have a moral duty as well.

Curiously, I see the United Statesâ€™ security coalescing with Iranâ€™s and much of the Shia worldâ€™s and the mainstream expression of Sunni Islam.

The main problem, again, is the opposition of Israel, who sees its paramount strategic threat within its geographical district as Persia, plus the support of American Zionist Christians and Jews which, by the way, is fading amongst the younger generation of American Jews.

I rightfully hold that  rapprochement  must be achieved between the United States and Iran at this time to save Iraq & Syria from the humanitarian disaster that the Islamic â€œStateâ€ of Iraq and the Levant has already demonstrated to be capable of doing.

Further, the Russians are attempting to re-assert their influence over Baghdad by the delivery of fighter jets to Babylonâ€™s air force.  I see this as a positive movement.  Iraqi air superiority has helped the Shia militia and the national army to regain ground from the Takfr-led insurgency.  Although the Iranians have committed more foot soldiers to the battle, and the Syrian air force has begun a flanking motion to its Iraqi rear — to the point of threatening its and Hezbollahâ€™s front lines which are still controlled by  Damascus.  The Americans have committed more ground troops to train the Iraqi State army and to protect their own nationals within the Two-river realm.  This is fast becoming an area-wide Sectarian war with both immediate and international hegemons taking sides.  Saudi Arabia and the UAE are militarily poor, but cash-rich which necessitates their dependence on foreign paid proxies.  Israel, as was brought to my attention by an IDF (Israeli Defense Force) Major-General, has never fought a war which has lasted more than a week.  This explains their fear of Iran who could withstand a first nuclear strike, and still counter-attack with a war of attrition as they did against Saddam Husseinâ€™s Baathist Revolutionary Guard during the 1980s.  At the moment, Israel has cultivated an ad hoc alliance with the oil-rich Sunni Kingdom and the lesser fiefdoms that make up the United Arab Emirates (UAE).

The Iranians, the Iraqi State, Turkey  nor the U.S. can do it alone.  We must toss away our mistrust of each other as the U.S. nation did with the (former) U.S.S.R. in the Second  World War!  May Allah save us from this present danger!

I perceive a takfir elements in the ISIS movement.  This can be analogous with the rise of Nazism in Europe at the end decades of the first half of the last century, but, as Catherine at the (Lebanese) Middle East Center alludes, it is too complex to allow that too simple of a parallelism with modern Occidental history.   She is right to say it might even be more dangerous because of regional entanglements.  The rise of Sectarian strife can be alluded to the Thirty and Hundred Years Wars between Catholics and Protestants in early modern Europe.  It is strange, but there seems to be little strife between Sunni and Shite in in North America in that they are all part of a minority community that is undergoing severe persecution by an insensitive majority.  In short, the Sunni-Shia divide has to be resolved in this Post-Modern period to address the injustices from external forces brought to bear on the Arab nations.

This past week the Iraqi Kurdistan leader told the American Secretary of State, John Kerry, that the latter was working towards a Kurdish State.  One of the greatest errors of the old Imperial Order was that they did not delineate a Kurdistan from the remains of the (old) Ottoman Empire at the Treaty of Versailles amongst other boundaries that are conundrums today,

Iraqâ€™s borders were drawn up by the fascinating British Foreign Officer Gertrude Bell in the aftermath of World War I.  Like so many of the countries that arose out of the European Imperial holdings or their Middle Eastern Mandates of the old League of Nations, thy were arbitrary, and â€œ not organic.â€ in Iraq we find the Indo-European Kurds placed with the Semitic-speaking Arabs with Sunnis, Shias and a significant Christian population thrown in.  In other words, it is a mishmash that may not stand the test of time.  Barrack Obamaâ€™s Vice-President, Joseph Biden, has drawn up a plan to divide Iraq into three nation-States which, as of yet, has not been accepted by the State Department.

My position is that the danger of the DAASH Caliphate must be curtailed before the larger questions of the very real territorial issues of justice between the Islamic World and the West can be addressed.  Succinctly, the atrocious slaughter must be stopped! 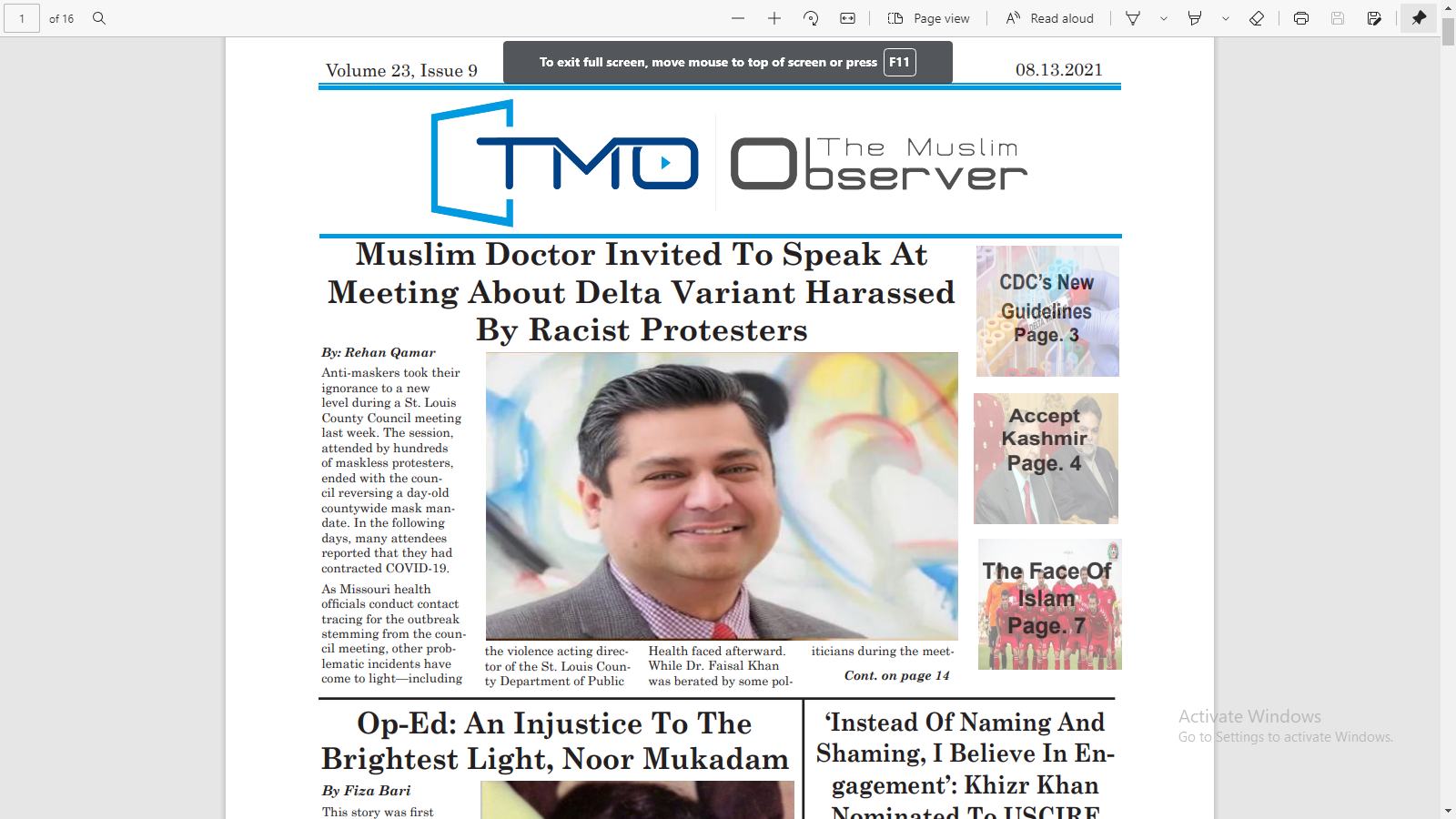