Berkeley–Almost a year ago Moustafa Bayoumi came to visit the campus here to talk about his book How Does It Feel To Be a Problem?:  Being Young and Arab in America, published by Penguin Books.
With all the all the earth-shattering changes over the traditional realms of Dar al-Islam during this past year, your author has been sidelining the excruciating righteous struggle for the community to be heard.  That is, the fight to negate Islamophobia — so prevalent during this last decade, and to assert the faithfulâ€™s rightful place as Muslim citizens!

Bayoumi, who is a  professor of English (a much similar background as the late Edward Said before that Manhattan-based professor made his ground-breaking studies) at Brooklyn College in New York City, presents the question: â€œWhy are Arab-Americans at the center of todayâ€™s cultural wars?

There have been small cultural â€œwarsâ€ involving the image of Arabs since 9-11.  In 2001, there was a 39% unfavorable view of Arabs.  Since then it has been raising until 2011 the statistical evidence showed a 55% unfavorable view.

Dr. Bayoumi advocates humanizing Islam.  In his aforementioned book, he studies seven individuals.  In so doing, he attempts to create a living narration for his reader.

He chose to center his project/study to be in a certain geographical locale, where he happens to work, Brooklyn, instead of Dearborn Michigan near where this publication is published, and which is claimed to have the highest concentration of Arab-American Muslims, because in actual numbers, though, the City of New York has more.

Even though in Brooklyn, Arabs or any other demographic group do not dominate the urban-scape in and of themselves.  Moustafa hopes his borough will become the model for the future of America which your author hopes not.  Yes, America should not be made up of majorities, but be of multi-ethnicities.  Yet the degree of impoverishment there is a mitigating factor in holding it up as an exemplum.  Further, the Borough (i.e., County) of Brooklyn is a part of New York City which has a pithier relationship than Michigan, etc. to the current and recent Wars in Muslim nations because it is directly across the river from Manhattan where the Trade Center had been attacked in September 2001.  Brooklyn is literarily in the backyard of that event.

Brooklyn, the western most county on Long Island, has a population of over two and one-half million souls.  Unlike its sister borough, Manhattan, it is pretty much tourist-free; and, therefore, out of the mind of most Americans.

Previous to this book, the Professor had written about Arab-Americans, also.  As a college level instructor he began to talk more and more to young Arab-Americans.  He perceived how the difficulties had increased in North America for young Muslims over the last decade.

For his research he even went along with Muslim leaders to a meeting with the FBI (the Federal Bureau of Investigation).  â€œThe FBI [Special Agents] looked like they do in the movies.â€  (In other words, they held the common clichÃ©d prejudices.)  Although there were thirteen conferees on each side, the conference was a failure.  The Feds stated that â€œWe want to instill some love for America.â€

Mustafa went on how the no-fly list repeats the same names for different people.  The FBI investigates terrorism like it does the Mafia which had been principally its responsibility during the last century.  â€œA lot of the misunderstanding came out between the two communities;â€ i.e. the mainstream versus the Islamic.

Many Arab-Americans were put in detention with  criminals.  On the average those who were detained remained among the disappeared for eighty-nine days on the average.  (In America!) Mr. Bayoumi relates the story of a Sami who was of Palestinian-Egyptian heritage, and found himself in the U.S. Marines at the outbreak of (President) Bushâ€™s Wars, and served two tours in Iraq where he became acutely aware of his Arabness.  Although he was moderate in outlook, he was ostracized by the community when he returned home.

After 9/11, Arab grocery stores and cabs were objects of attack.  Many young men wish to find a kinder haven in such places such as Dubai. 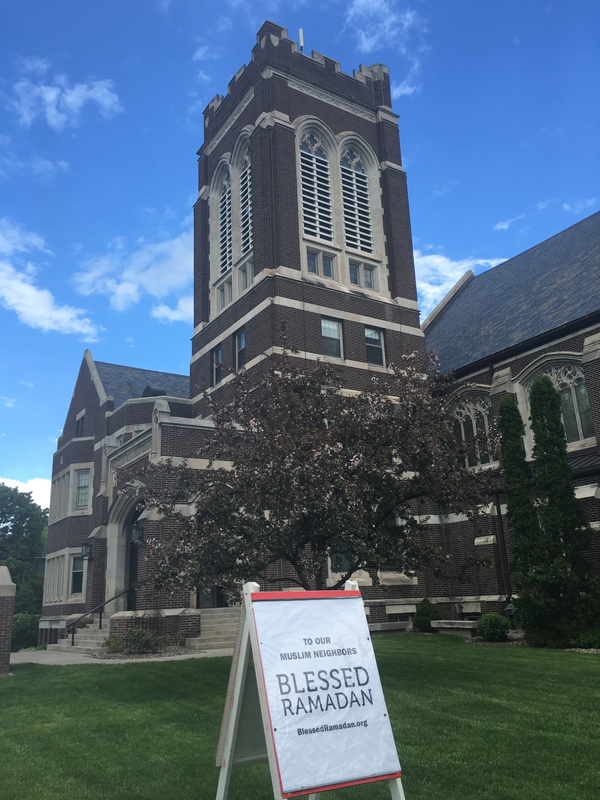 © 2020 MuslimObserver.com, All Rights Reserved
Remarks by the President at the National Prayer Breakfast FBI Betrayed Us: Iowa Muslims
Scroll to top