The death toll continues to rise days after a powerful earthquake hit the Island of Sulawesi and triggered a tsunami.

A 7.5-magnitude earthquake hit, smashing into buildings and sweeping away homes in the coastal city of Palu, home to over 350,000 people.

Rescue workers in Indonesia continue a desperate search for survivors, with over 400 people found dead.

Indonesian Disaster Management Agency spokesman Sutopo Purwo Nugroho put the death toll at 405 two days after the incident, based on the number of bodies that had been recovered.

According to Sutopo, many victims were still buried under the rubble of buildings and more than 400 people were badly injured.

Evacuation efforts were slowed down by the lack of heavy equipment and personnel.

Assessing the damage in Palu has become very difficult with electricity and communications being cut off.

The Palu airport being closed has also created an obstacle for relief workers to have to travel by road to reach Palu.

Sulawesi is one of the biggest islands in the world and the drive from the nearest airport is around 10-12 hours.

Authorities have urged residents to not go inside their homes and to sleep away from buildings, fields, roads or yards because of the danger from aftershocks.

A local hospital was also damaged forcing medical staff to treat the wounded outside of the building.

Dr. Komang Adi Sujendra, Director of Undata Hospital in Palu has been seeking help from the public following the quake.

“At the moment, in our hospital, electricity is out all over Palu, roads are cracked, the phone network doesn’t work,” he said in a video posted on Twitter. “We are hoping for any help.”

According to the United States Geological Survey (USGS), three quakes of 4.9 and larger magnitudes were recorded up to three hours before the tremor near Palu.

The tremor triggered a tsunami that hit beaches in the cities of Palu and Donggala, officials said.

A series of aftershock quakes were reported in the aftermath of the quake, including a 5.8 magnitude tremor just 12 minutes later.

The World Bank is offering up to $1 billion to Indonesia in funding to boost disaster preparedness and recovery.

The money will go towards helping the country shore up its resilience, as well as to support relief and reconstruction efforts in Lombok and Central Sulawesi.

“The government appreciates the attention and support of the international community in our time of need, including from the World Bank Group,” Indonesia’s Finance Minister Sri Mulyani Indrawati said.

“Restoring lives and livelihoods of the people affected by natural disasters is the government’s utmost priority.”

Learn how you can donate and help collect funds for Indonesia, visit the sites below: 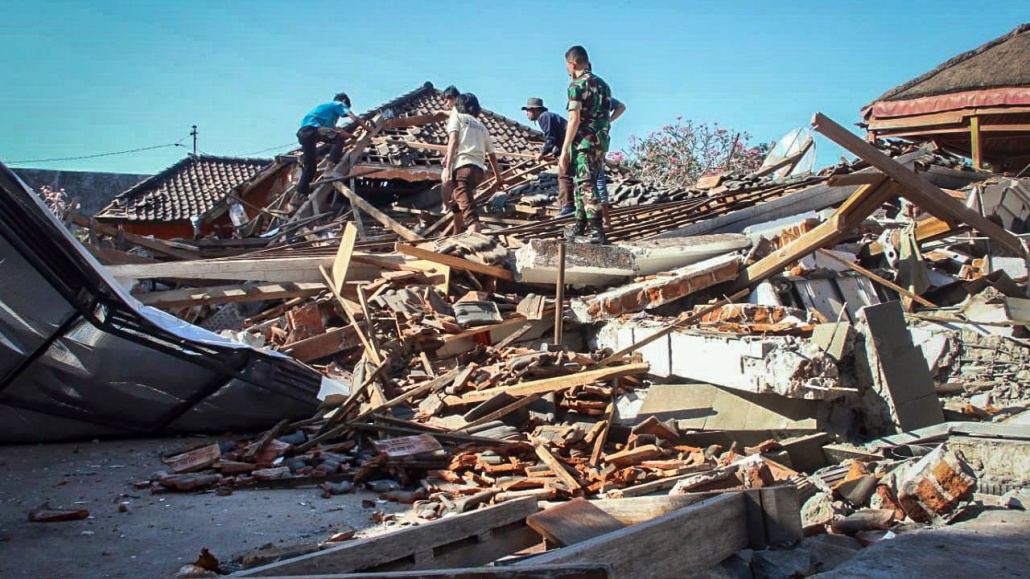 Last Ottoman Sultan’s Grandson Passes Away
Associated Press File photo from the 1980s of Osman Ertugrul Osmanoglu, with his wife and survivor, Zeynep Tarzi, an exiled…

Dalia Mogahed on Balancing Your Personal Life with your Public Life

Nikki Haley Departs as US Ambassador
Scroll to top