Upon being charged with several counts of murder  for the shooting deaths of nine Emanuel African Methodist Episcopal Church attendees in Charleston, South Carolina, Dylann Roof appeared in court and was assigned a public defender, a man named Ashley Pennington.

So many public defenders, myself included, chose the work or had it choose them largely due to a desire to represent the underrepresented, to fight for the underprivileged in our communities, most often racial minorities. We combat racial profiling and contest overzealous and unjust policing, prosecutions and sentencings of minorities.  We battle for our clients, regularly black and latino, to help correct decades of inequity emanating from discrimination against and the segregation and dehumanization of minorities in southern states.

And now, a public defender has been tasked with representing the national pariah of today, a young man who by all accounts killed nine African-Americans in the Deep South because of their race and apparently to ignite a race war; his actions a modern day example of the dehumanization of minorities that we public defenders have sought to quell.  Not exactly the type of client or type of case most public defenders envisioned handling when choosing the profession.

I wondered: what if Dylann Roof’s file appeared on my desk?  Would I represent him?  Without question or hesitation, yes.  Public defending means representing the unpopular, the heinous, the fringe, the deplorable. We stand with the alleged gangsters, child molesters, drug dealers, killers.  The victims of our clients may be sympathetic, they may be children, the elderly, the disabled, the downtrodden, the innocent.   We do what many others are not willing to do or capable of doing.  We represent those who would otherwise go unrepresented.  Every person is entitled to quality representation no matter how heinous the accusation, to have at least one person in their corner when the system, the public, the state come down on them.  For Dylann Roof, I’d be that corner man.

I’d visit him often in an effort to gain his trust, especially as an attorney of color.  I’d prove to him that I was a safe space, a refuge amidst the storm of damnation that surrounded him.  Over time, I’d attempt to peel his layers back, glimpse at what hid beneath the hardened exterior of his mugshot and published photographs. We’d discuss his childhood, his family, his accomplishments and disappointments, the traumas endured, the people who had let him down and the roots of his apparent misguidance.  I would seek to unearth and shine a light upon his humanity, something that the world, and likely he, have lost sight of due to the inflammatory and incendiary nature of his crimes.

I’d feel no moral qualms representing this publicly branded man of evil. The premeditated nature of his killings or his apparent race based intent would not affect my representation or diminish my loyalty to him.  I’m neither judge nor jury; my job wouldn’t be to decide whether he’s guilty, what punishment he should receive.  Prepare, communicate, advise, advocate, fight, humanize; those would be my duties. Ensure that Mr. Roof made educated, informed decisions, fight vigorously to hold the prosecution to their burden of proof. Be his voice amidst the deafening calls and chants for his condemnation. Walk with him, stand with him, lead him through the gauntlet of criminal justice. Take on and shield him from the arrows and spears shot in his direction.  If the state wanted to execute Dylann Roof, they’d have to do so with me in the way.

Editor’s Note: Sajid A. Khan is a public defender in San Jose, CA. He has a BA in Political Science from UC Berkeley and a law degree from UC Hastings. When not advocating for justice, Sajid enjoys playing basketball, football and baseball, and is a huge fan of Cal football and A’s baseball. He lives in San Jose, Ca with his wife and son. Reach him via email at sajid.ahmed.khan@gmail.com or Twitter @thesajidakhan. The views expressed here are his own. 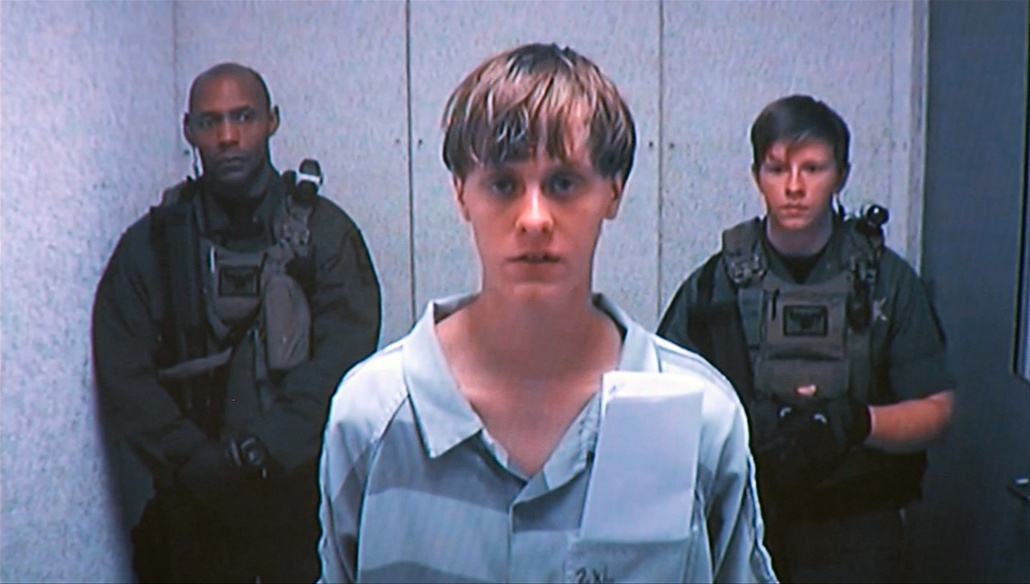 Kerry: U.S. Will Reconsider Egypt Aid Based On Performance

Tolerance and the future of Islam
Scroll to top