The former refugee could become the first Somali American elected to US Congress if she wins November’s election.

Set to make history after winning a seat in Minnesota’s Fifth Congressional District, Ilhan Omar is likely becoming the first Somali-American in Congress.

Two years ago Omar made news as the first Somali-American elected to a state legislature in Minnesota by defeating a 22-term Democratic incumbent.

Not only is Omar set to the be the first Somali- American to ever hold national office but she would potentially be joining Palestinian-American Rashida Tlaib, who won her Democratic primary in Michigan.

“I can’t wait to walk onto the floor of United States Congress hand in hand with you. So incredibly proud of you,” Tlaib wrote on Twitter.

Together they could both be the first two Muslim women in Congress.

Representative Keith Ellison left the seat to run for state attorney general, winning his primary for the job as well.

“Tonight, we are celebrating because we engaged and empowered our community and we won,” Omar said in a statement after results were announced.

“Our campaign staff, our volunteers, and the people of the Fifth Congressional District are the inspiration we need to get up every day and fight for a democracy that guarantees a more just and equitable society.”

Mother of three, 36-year-old Omar is the youngest of seven children.

At 8-years-old, she fled Somalia with her family due to the country’s ongoing civil war, spending four years in a refugee camp in Mombasa, Kenya.

Omar came to the United States at the age of 12, settling in Minnesota and learning English by watching American television.

“In my last race, I talked about what my win would have meant for that 8-year-old girl in that refugee camp,” Omar said in her speech. “And today, I still think about her and I think about the kind of hope and optimism all of those 8-year-olds around the country and around the world get from seeing your beautiful faces elect and believe in someone like me.”

According to her campaign website, Omar is a progressive Democrat advocating for the institution of a living wage, access to affordable housing and healthcare, debt forgiveness for those struggling to pay student loans, and the abolishment of ICE and protection of DACA.

The majority of the Muslim community is overwhelmed and excited about this news and hope to see her in office.

A record number of Muslim Americans, reported at least 90, are running for office in this year’s midterm elections.

Omar’s win represents a victory for not only Muslims and Somalians but refugees, immigrants, women and all people of color. 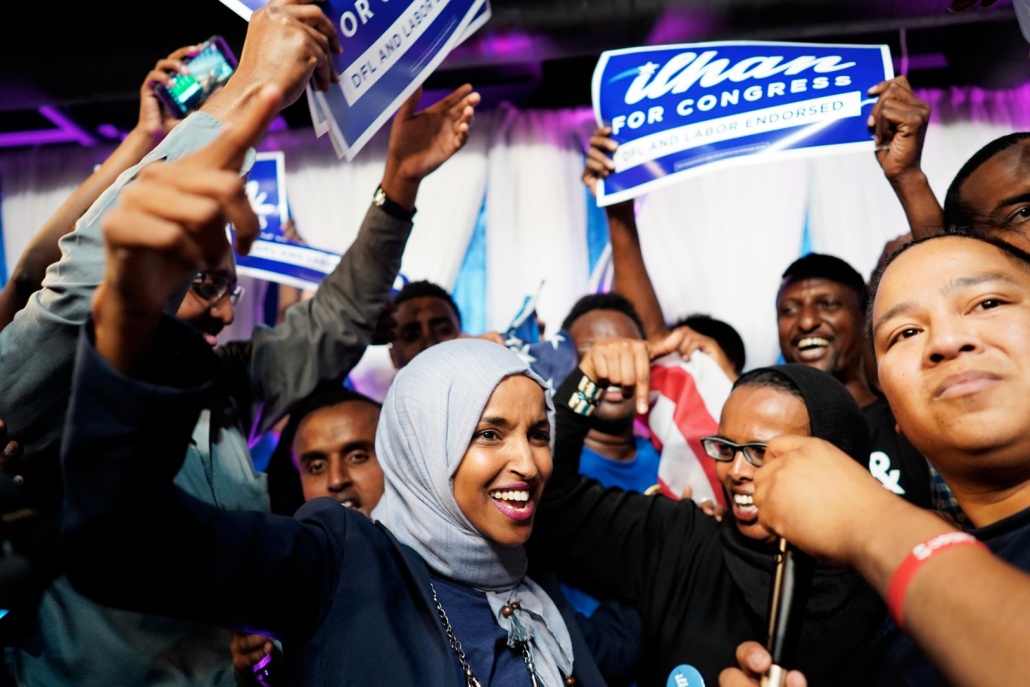 A Salute to America
By Dr. Aslam Abdullah, TMO Editor-in-Chief There, in the small curvy streets of the hill town Kathmandu, the Capital of…