How Dubai Unraveled a Homicide, Frame by Frame

A mix of old-fashioned legwork and high-tech razzle-dazzle, scouring hundreds of hours of surveillance videos, helped police home in on suspects in a Hamas man’s slaying, blamed on Israel’s Mossad.

Reporting from Dubai, United Arab Emirates â€” Lacking witnesses but blessed with hundreds of hours of video, the cops and spooks worked the case of the slain weapons smuggler like a movie in reverse.

Dubai’s cameras never blink. The security system allows law enforcement to track anyone, from the moment they get off an airplane, to the immigration counter where their passport is scanned, through the baggage claim area to the taxi stand where cameras record who gets into what cars, which log their locations through the city’s automated highway toll system, all the way to their hotels, which also have cameras.

Which brings us to the Bustan Rotana hotel on the night of Jan. 19, and an assassination made to look like a run-of-the-mill heart attack.

The dead man, as the world now knows, was a 50-year-old Hamas commander named Mahmoud Mabhouh, wanted by Israel in the killing of two Israeli soldiers. Once Dubai investigators narrowed the time of death to 8 to 8:30 p.m., they quickly found that seven people in the Bustan Rotana had no business being there.

Using facial recognition software, a source familiar with the investigation said, a team of 20 investigators pored over hours of security camera videos to sketch out a picture of the suspects’ movements and accomplices, a group that has grown to at least 27 people.

They tracked down taxi drivers and grilled them about the suspects. They even traced the trip of a female suspect to a shopping center and discovered what she bought.

For years, the United Arab Emirates has been using its considerable oil wealth to build up its defense and security infrastructure, including the National Security Agency, the secret police, which is playing a key role in the investigation.

"They buy the best," said Kamal Awar, a retired Lebanese army officer and editor of Beirut-based Defense 21, a regional military magazine. "They bought the latest technology in satellite and communications."

In the end, a mixture of high-tech razzle-dazzle and old-fashioned investigative work cracked the case.

"What it takes is a few skilled police officers putting stuff on the board and figuring out who relates to what," said Col. Patrick Lang, a former U.S. military intelligence officer who served in the Persian Gulf for years. "It’s not a magic thing. It’s a question of thinking clearly."

A homicide in disguise

The middle-aged man was splayed out dead in his hotel room as if he’d gone into cardiac arrest. The door was chained from the inside. Coroners surmised that he’d died of natural causes.

But one doctor noticed an abnormality in the blood. He later spotted strange puncture marks on a leg and behind an ear. And after the Palestinian militant group Hamas informed Dubai authorities that the dead man was Mahmoud Mabhouh, they decided it couldn’t hurt to double-check. Blood samples were sent abroad. Days passed.

When the toxicology reports showed that he’d been given a lethal dose of a powerful anesthetic, Dubai authorities knew they had a high-profile homicide on their hands. Though Mabhouh was no friend of the Emirates, authorities were furious about the killing.

"The whole operation was based on one key assumption: that the death will be recorded as a natural death," Mustafa Alani, an analyst at the Gulf Research Center, a Dubai think tank, said of the assassins. "And that was the downfall. The reason why they were so careless was because they thought there would be no investigation."

At least half of the passports used by the 27 suspects bore the names and registration numbers of Israeli dual citizens who held British, Irish, Australian, French or German passports, leading many experts to believe that Israel’s spy outfit, Mossad, had forged the identities.

Israeli officials have been tight-lipped about the case and refused to confirm or deny the nation’s involvement. None of the suspects captured on video or identified in passport photos, including a bottle-blond and an assortment of beefy, balding guys wearing rectangular glasses, have come forward to deny or confirm their involvement.

Interpol announced last week that it was joining the international investigation.

"Investigative information provided by the authorities in Dubai bore out the international links and broad scope of the number of people involved, as well as the role of two ‘teams’ of individuals identified by the Dubai police as being linked to al-Mabhouh’s murder," Interpol said in a statement.

An unlikely place to strike

Perhaps no hotel in Dubai is less amenable to an assassination than the upscale Bustan Rotana, in the Garhoud district adjacent to the airport. The circular building’s rooms are arrayed around a vast airy atrium.

"If you’re sitting in the lobby you can see the door to every room," said Theodore Karasik, a security analyst at the Institute for Near East and Gulf Military Affairs, a think tank with offices in Dubai and Beirut. "If there’s a scuffle, you can see and hear it."

Security experts around the world have also puzzled over the apparent size of the hit team: 27 bearers of Western passports and, according to Hamas, two or three Palestinians.

Some security experts said the assassins knew what they were doing, organizing themselves into evacuation, surveillance and execution teams.

But others see a classic bureaucratic blunder.

"You have a surveillance team and a counter-surveillance team and the technical people as well as the security people around the perimeter," said Lang, the former U.S. military intelligence officer. "Once you start doing that, you have to have shifts. You have to have two or three sets of these people and rotate them. Once you start doing it that way you’re going to have a lot of people."

The assailants apparently entered the hotel room without any struggle, suggesting that someone on the team knew Mabhouh. A fatal dose of the powerful muscle relaxant succinylcholine quickly paralyzes its recipient and ultimately mimics the effects of a heart attack. It should have killed Mabhouh within 15 minutes.

But something must have gone wrong, said the source with knowledge of the investigation, because the assassins pressed a pillow against Mabhouh’s face for one or two minutes until he suffocated. "They were panicking for one reason or another," said the source.

The hit team tidied up the room and laid Mabhouh out as though he’d suffered a massive heart attack and dropped dead.

A knack for putting things together

Just as police were about to conclude that it was a natural death, a Palestinian man trying to contact Mabhouh learned of his death and telephoned his family in Gaza. It was only then that Hamas officials contacted Dubai police, Tamim said.

"Dubai police are very good at piecing together crimes," analyst Karasik said. "I’ve seen it before when you had robberies or murders occur and you’ll forget about the story and then six months later the guys are arrested via Interpol, brought back here and then they disappear into the system."

Although Mabhouh’s assassins managed to enter the country, kill him and get out without getting caught, the case has generated what most analysts consider unwelcome fallout for Israel, which most suspect of being behind the attack.

Authorities are now reexamining the death of Faisal Husseini, a charismatic Palestinian leader who died in his Kuwait hotel room in 2001.

"Now we know their tradecraft," said Alani. "We know how they operate."

If Mossad agents were behind the attack, the operation blew the identities of 27 agents; it takes up to five years to train each agent.

"They’ll never be able to go outside of Israel again, even with disguises," Karasik said. "Biometrics means all of the contours of your face are on file." 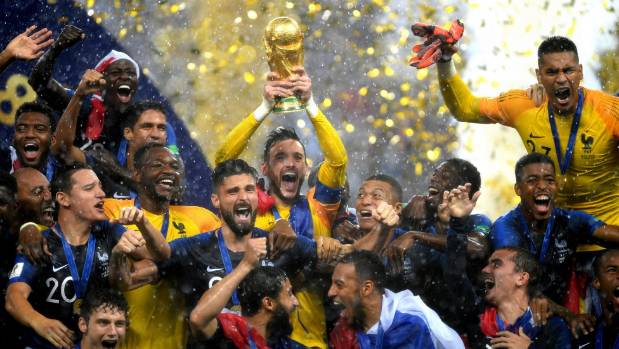 Iran: Omid Blasts Off
By Sumayyah Meehan, MMNS Midease Correspondent Iranian President Mahmoud Ahmadinejad has made the development of Iranâ€™s scientific programs one of…