Answering a question about extremism, Pakistanâ€™s Ambassador Mahmud Ali Durrani said unfortunately during the time of General Zia-ul-Haq, radicalism entered into the Pakistani political arena, when mullahs were introduced into the affairs of the governmentâ€“what was the time when Qadianis were forced not to call themselves Muslims and what was the time when booze was banned from public arena in Pakistan? It was General Zia-ul-Haqâ€™s time.

At the same time, the cold war between the Governments of Iran and Saudi Arabia on the Shiâ€™a/Sunni divide was fought on the roads of Pakistan, as this menace of sectarianism entered into our country and we fought these battles for outsiders.

Ambassador Mahmud Ali Durrani, who became ambassador of Pakistan to the United States on June 08, 2006, was talking at a luncheon organized in his honor by the Asia Society of Texas at the Houstonian Hotel.

Houston Councilperson M.J. Khan bestowed upon the ambassador the Honorary Citizenship of Houston and asked him to be a global goodwill ambassador from Houston.

The program was organized by the Asia Society in collaboration with the Asian Chamber of Commerce, the Consulate General of the Islamic Republic of Pakistan, the Pakistan American Council of Texas (PACT) and the Texas Trade Council. It was sponsored by Conoco Phillips, which enabled teachers and students of Pakistani origin from Houston Community College, Kaplan Higher Education, Montgomery College, Rice University and the University of Houston to attend this program. Continental Airlines are the sponsors for the upcoming Asia Society Texas Center (the Houston Endowment).

The theme of the program was: â€˜The Salient Role of Pakistan in the ongoing War on Terrorism.â€™

Ambassador Durrani said that before 9/11 and after 9/11, Pakistan has been facing the menace of terrorism for more than a quarter century. Recently, a suicide bomber took the lives of 43 of our young army recruits at an army base. Since August of 2003, Pakistani forces have killed more than 700 terrorists and thousands have been apprehended. Pakistani forces have also suffered about 400 casualties.

Pakistani forces have made an excellent plan with the coalition forces as well as the elders of the people who live in the areas along the Pakistan-Afghan border to combat terrorism. Pretty soon, he explain, we expect the Afghan Government to join in this collaborative effort to reach a Tri-Path Agreement to then totally deny opportunities for terrorists to operate. At present, most of the work done is reactionary due to the operations of Al-Qaeda and Taliban: The time has come to be pre-emptive and ahead of the game, just like recently Pakistani sources helped nab efforts of terrorists to blow up planes in Europe.

Terrorism, he explained, has brought a bad name to the great religion of Islam. Grievances are everywhere â€“ But terrorism is not the vehicle to resolve them: In fact it is totally counter-productive.

Yes: Deprivations, lack of right knowledge, poverty, perceived injustice and so on are cited as the reasons for terrorism. However, these are the reasons exploited by a few to run their own agenda and politics.

Yes, he said, we need to seriously address underlying causes leading to terrorism, and educate people not to use these causes to create more havoc in their lives and in the lives of the masses, whom they are supposedly serving.

Ambassador Durrani said that when Afghan people defeated the USSR through assistance from the USA and Pakistan, the USA, due to her other commitments as the worldâ€™s only superpower, simply left Pakistan alone to clean up the menace left by the war. There were already 3 million Afghan immigrants living in Pakistan and they are still there, since solidarity has not reached Afghanistan yet and all this has adversely affected Pakistan.

Answering three questions posed by Zafar Tahir, Investment Advisor of the Government of Pakistan, Ambassador Durrani said after looking into the education system and syllabus of Canada, the USA, Israel, Japan and some other countries, education, which is now totally free until Tenth Class, has been drastically altered, especially the subject Social Studies, where now History and Geography are separate subjects.

Pupils are taught the geography of the world, while history revolves mainly on the subcontinent and is not just about the Muslims, history of all peoples since ancient times around the subcontinent is taught, to broaden the studentsâ€™ horizon.

Historically, it was the madrasas that created scholarships in medicine, chemistry, mathematics and astrology:

The government of Pakistan is endeavoring to change the syllabi of about 10,000 madrasas, which are now registered with the government in Pakistan. There were about 13,000 Madrasaes, which had become only for religious studies during the First Afghan-USSR War.

Their emphasis is now also on girlsâ€™ education, since if we are able to teach one woman, she can then create a solid good nation. Womenâ€™s rights are getting a good ear, since women are in large numbers in the parliament–resulting in the recent changes to the Hudood Ordinance.

As for democracy, the first step has been to make it at the grassroots level, and secondly to make the media totally free and corrective: never before in the history of Pakistan has the media been as open as it is now.

Answering another question from Attorney Ali Zakaria, Ambassador Durrani said that the Government of Pakistan for the support after 9/11 did leverage a $600 million per year rescheduling of her loans by USA; however he admitted that the security apparatus of the USA has discriminated against Muslims and Pakistanis, putting several good and innocent people in undue trouble–and many bright students are unable to get student visas to get a higher education.

He said we are working on this, and he recently met Ms. Condoleezza Rice and Mr. Chertoff. If Pakistanis in America feel they are being treated as fourth class citizens, then it becomes more incumbent upon them to become very active and a positive part of the political and public arena of the USA.

Answering another question from Mohammad Zaheer of Horizon Travel, Ambassador Durrani said that although we do have the latest aircraft bought for the Pakistan International Airlines (PIA) to-&-fro between Pakistan and USA, Pakistani Authorities on the ground have failed to meet the International Security requirements to pursue this option: it will be done soon.

The coordinator of the program Asia Society is the leading global organization working to strengthen relationships and promote understanding among people, leaders, and institutions of the continent of Asia and the United States. 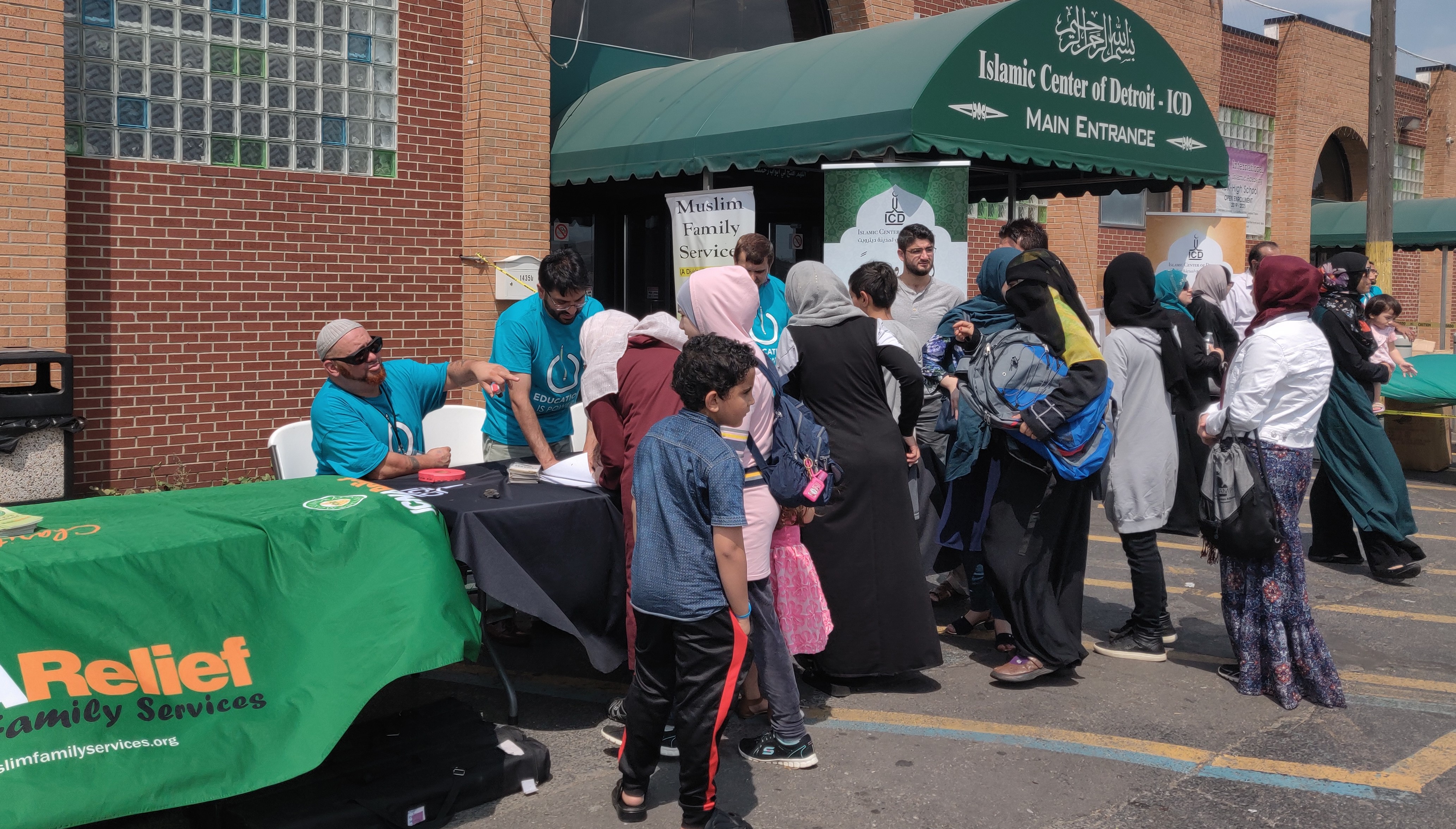 Special Announcement: ISNA Condemns the Massacre of Protesters in Egypt

Muslim Day at the Capitol
By Masood Rab, MMNS March 19, 2008 will go down in the history of the Muslim Community in Michigan as…

Should all Muslims be singled out for the actions of a few?

© 2020 MuslimObserver.com, All Rights Reserved
Dr. Nasira Iqbal: The Keeper of our Past SE Michigan News, Vol. 8 Iss. 51
Scroll to top