Why do journalists choose to ignore the Amnesty International report [1] which outlines in clinical detail how the Tunisian authorities have increased their â€œharassment of women who wear the hijabâ€?

I have a bee in my bonnet or hijab to be more precise.

On an almost daily basis there are horrific stories pouring out of Tunisia about how the state police are ripping off the hijabs of women living there.

Some of these women, who are merely fulfilling their religious obligation to wear a hijab, have been assaulted, sexually abused and even locked up in prison by the authorities.

Unbelievable when you consider western tourists are topless sunbathing on the coastal resorts, soaking up the Tunisian sun.

So it is okay to get your kit off if you are a western tourist who pays handsomely for sun, sand, sex and sangria but try wearing a hijab and see what happens in this so-called liberal, Muslim country.

At the moment I am in Tehran where Iranian police are occasionally stopping women in the streets to remind them of their religious obligations by wearing a full hijab.

Thereâ€™s been an outcry in the Western media about how the Iranian authorities are fining women who fail to wear their hijabs correctly in public.

I call these women the half-jabis you know the ones, they balance their designer scarfs precariously on the back of their heads and spend the rest of the day adjusting and picking their scarfs from the nape of their necks.

It might have endeared Princess Diana to half the Muslim world when she â€˜coveredâ€™ in Muslim countries, but most women who try and emulate the Di style just look plain stupid.

But what a pity those same journalists donâ€™t travel to Tunisia and write about a real story like the human rights abuses against women in down town Tunis instead of focusing on Tehran.

Why do journalists choose to ignore the Amnesty International report which outlines in clinical detail how the Tunisian authorities have increased their â€œharassment of women who wear the hijabâ€?

Is it because the Tunisian government is a craven devotee of the Bush Administration whereas Iran was identified as the now infamous Axis of Evil?

Surely the media is not that fickle? (Rhetorical question merely for the benefit of the mentally challenged).

The actions of the Tunisian regime make Iranian President Mahmoud Ahmadinejad and his government look like a group of Tupperware party planners.

For instance, the Ministers of Foreign Affairs and the Interior and the Secretary-General of Tunisiaâ€™s ruling political party, the Constitutional Democratic Rally, have stated they are so concerned about the rise in the use of the hijab by women and girls and beards and the qamis (knee-level shirts) by men, that they have called for a strict implementation of decree 108 of 1985 of the Ministry of Education banning the hijab at educational institutions and when working in government.

Police have ordered women to remove the head scarfs before being allowed into schools, universities or work places and others have been made to remove them in the street.

According to Amnestyâ€™s report, some women were arrested and taken to police stations where they were forced to sign written commitment to stop wearing the hijab.

Amnesty International states quite clearly it believes that individuals have the right to choose whether or not to wear a headscarf or other religious covering, consistent with their right to freedom of expression.

They have called on the Tunisian government to â€œrespect the countryâ€™s obligations under both national law and international human rights law and standards, and to end the severe restrictions which continue to be used to prevent exercise of fundamental rights to freedom of expression, association and peaceful assemblyâ€.

They have even kindly asked President Ben Aliâ€™s government to â€œend the harassment and attempted intimidation of human rights defendersâ€.

I would like to be more forthright with Mr Ben Ali and remind him of his Islamic obligations as a Muslim.

I doubt if Zine Alabidin Ben Ali would take much notice. The man is clearly an arrogant fool and somewhere in Tunisia there is a village which is missing its idiot (Hamman-Sousse in the Sahel, actually).

This is the man who once said the hijab was something foreign and not part of Tunisian culture. Hmm, he obviously has not seen pictures taken before he came to power, clearly show Tunisian women going about their business fully covered.

He has a history of despising the French colonialists who occupied his country, but at least under the French, the Tunisian people had more freedom than they do now.

And since I have no family, friends or connections in Tunisia I write this without fear or favour.

Also, there is no rank in Islam so I care nothing for his title nor do I have any respect for him as a man. I would certainly never doff my cap to this particular President of Tunisia and would happily spit in his face if he told me to remove my hijab.

Perhaps those Muslim women in Tehran might like to consider the plight of their sisters in Tunisia before trying to balance their hijabs on the backs of their heads. And I would ask them to read the harrowing report below before bellyaching to more journalists about their rights to parade around like Diana-look-a-likes.

It was written by an imam from Tunisia who had it smuggled out and given to me because he wants the world to know exactly what is happening to the women in his country.

Here is a snippet: â€œThe police will randomly make their way into markets and rip the hijabs from womenâ€™s heads as well as take away any fabrics being sold to make hijabs.

â€œThey will also go into factories where women are working and rip the hijabs off womenâ€™s heads. This is the least of what they have done.

â€œI will give you just one example of what these dogs with Arab faces but the hearts of devils, have done to our sisters. They have, at one time ordered a public bus to halt in the middle of the road while two plain clothes detectives went inside. The buses are similar to the ones in the west except they will usually have three times more people inside it.

â€œThey grabbed one women wearing hijab and took her outside of the bus. This was a sister who they had warned before. They brought her into the side of the street and began slapping her across her face and cursing at her with the worst language you could think of.

â€œThey took her hijab off and the main policeman said, â€œWhen are you going to stop wearing this ****. She said she would never stop and she was crying. The men took her around the corner by a public bathroom.

â€œThey ripped her clothes off. They grabbed a soda bottle, these bottles are made of glass, and they raped her with it. They were laughing and they were many people around but no one did anything. When they were done they made her wear a short skirt and a sleeveless shirt and made her walk home to her husband like this. I swear by Allah that this is trueâ€.

My appeal goes out to feminists of all faiths and no faith but please donâ€™t think Muslim women are weak because the reality is that Islamic feminism can be just as radical as western feminism.

Our parameters and values are slightly different as Muslims but that does not make us any better or lesser human beings than western feminists. There is certainly no room for sectarianism in the Muslim sisterhood and we have no time for petty squabbles, divisions, cultural or tribal affiliations.

The bottom line is that we need to show solidarity with our sisters in Tunisia it is a very small country which makes it easy for the army to control the people and brutally squash any signs of resistance.

Even those Tunisians living abroad have a fear in their eyes because while they may be safe, members of their families left behind are often held to account for any actions overseas regarded as subversive.

The brutality of the regime, combined with the happy clappy clerics and their narcotic-style preachings in praise of the Sufi-style government have also collectively subdued parts of the Tunisian population.

No wonder the Muslim youth no longer clamour to get into masjids on Fridays to listen to these khateebs who spend half the khutbah praising the President and his followers.

Which is why I salute the bravery of those sisters in Tunisia who are fighting for the right to fulfill their religious obligation as Muslim women, to wear the hijab.

If you want to help, then copy and paste this article and send it to the nearest Tunisian Embassy demanding that Muslim womensâ€™ rights to wear the hijab are respected. 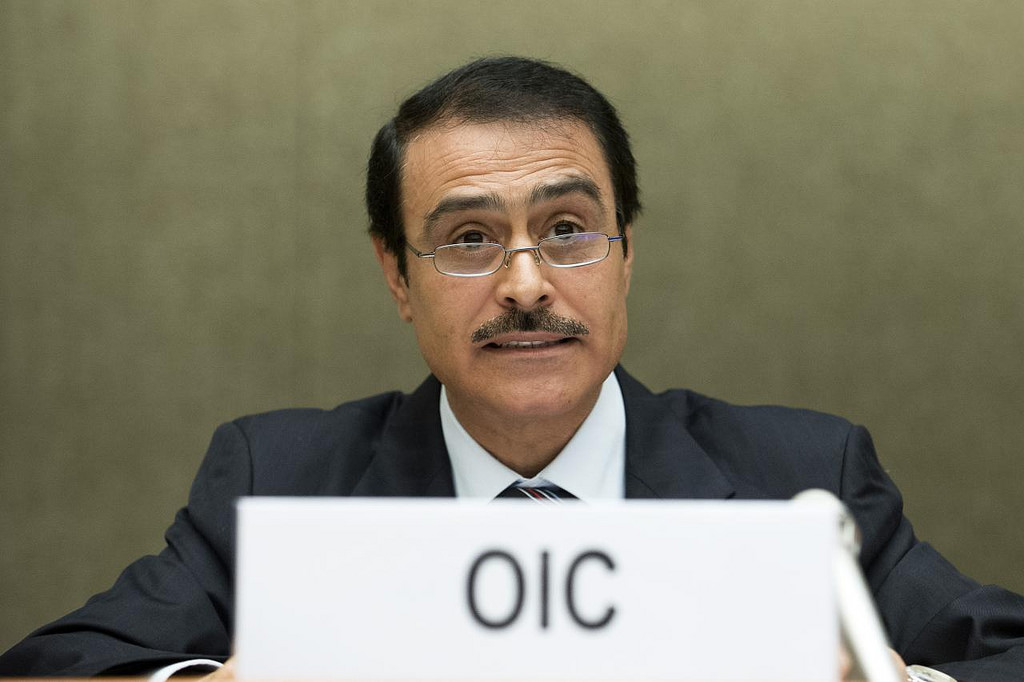