Perhaps, the purest, and most poignant narrative of what Islam really stands for at its core, is the visual takeaway one gets from the annual Muslim pilgrimage to Mecca-called Hajj. Every sane adult Muslim, who is physically and financially able, is required to perform the Hajj at least once in their lifetime. A religious scholar, an illiterate farmer, an international banker, a tribal Bedouin, a head of state, a decorated soldier, and a truck driver, each are all required to perform the Hajj in the same manner. Each are equally obligated by religious law to wear exactly the same style and color of clothing, donned and draped in the same way and to repeat from their mouths, the same words;

While people are circling around the Ka’ba, Islam’s holiest Mosque, it is impossible to distinguish the prince from the pauper, the rich from the poor, the teacher from the student or the barber from the baker. Nor is it possible, as they perform the rites of Hajj, to define with any accuracy just by looking, what a person’s ethnicity, group, nationality or language is. The only considerations which determine incongruence between one pilgrim (hajji), and the other during the Hajj is their personal level of faith, their god consciousness (taqwa), each person’s individual physical, emotional, and spiritual challenge and the personal prayer of each pilgrim, as they perform the required rites of the Hajj as guests of Allah to the holy sanctuary.

The Hajj grounds- Mecca, Mina, Arafat, and Muz’dalifa– are the only places on earth, and the only season of the Islamic calendar year, where race, power, social preference, position, economic status, ethnicity or politics have no standing whatsoever. There are no lands to conquer, no power struggles, no physical enemies to combat and no images of Islam to defend. There are no media cameras to prep for and no one to convince of your legitimacy or sincerity except the Almighty God, Allah be He Exalted and Glorified. During the Hajj, all that is left is submission to Allah, striving towards Him, and the reality that every Muslim has the same rights and obligations as every other Muslim. The only avowed enemy and the only action of aggression during Hajj are the Shaitaan (Satan) and the three stones that pilgrims throw against him, as a sign of their obedience to Allah and their opposition to evil. According to Allah, it is Satan who is mankind’s greatest enemy.

It was during the Hajj, that the Prophet (SAWS) delivered his farewell sermon and unequivocally declared,

The words of the Prophet (SAWS) are as relevant today as they were spoken more than fourteen hundred years ago. Perhaps even more so. The Hajj is a yearly reminder that we are all equal in the sight of Allah and that we only excel above one another through taqwa [piety]. The Hajj also reminds us that we do not judge a book by it’s cover. The Prophet (SAWS) said,

“Verily Allah does not look at your shapes or your bodies but He looks at your hearts”.

“O mankind! We created you from a single (pair) of a male and a female, and made you into nations and tribes, that ye may know each other. Verily the most honored of you in the sight of Allah is (he who is) the most righteous of you. And Allah has full knowledge and is well acquainted (with all things),” [49:13]

As Muslims, we do not own Islam. Islam is the religion of Allah and He owns it. We are all merely His servants who strive to submit to His will. The picture and meaning of the hajj is what all Muslims should strive to live up to- being true servants of Allah and brothers and sisters in faith. We must be an ummah that transcends race, ethnicity, status and nationality.

Reliving the Hajj paradigm every year is a reminder to us all that we as Muslims are essentially one community, and that we should not let the differences in our color, our positions in life, our ethnicity or our nationalities prevent us from coming together, as brothers and sisters in faith. Every year, the sea of undistinguishable believers in white garments circling the Sacred Ka’ba, standing with their hands outstretched to Allah, or standing in peace on the mountain of Arafat, is a reminder of that message and that our God, Allah, is One God and that our faith is one faith. 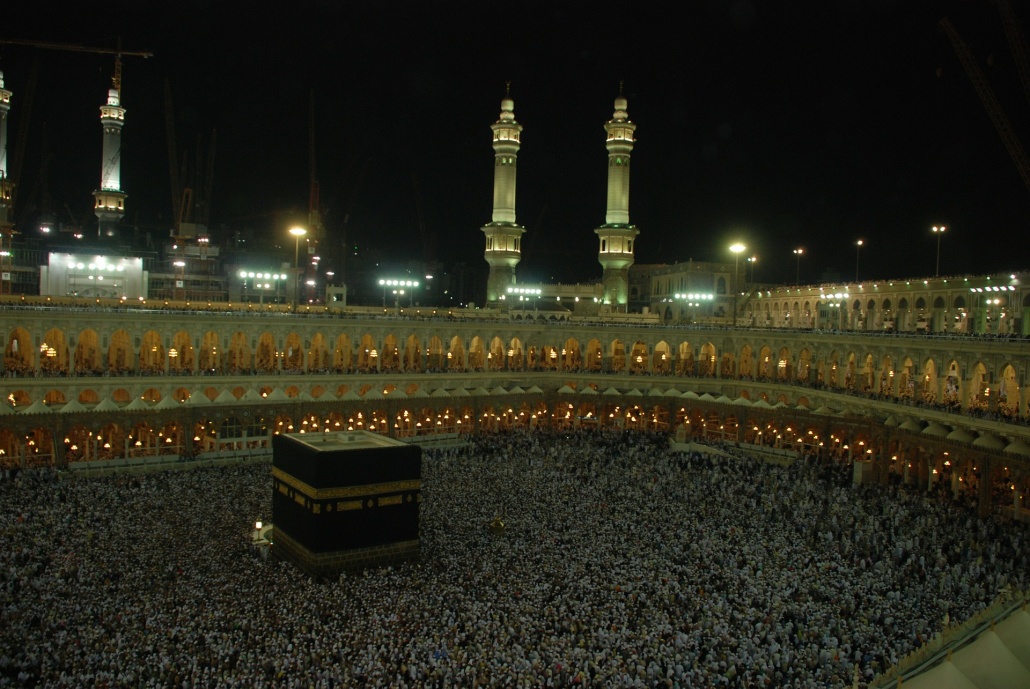 Another Day Another Bomb

© 2020 MuslimObserver.com, All Rights Reserved
Ghosts of Grenfall, Remembering the Victims

What Are You Feeding Your Infant?
Scroll to top