When reading my local newspaper a couple weeks ago, I saw an interesting article about an accountant in my area who is seeking a way to make market-beating returns in the stock market. His system, his own creation, had yet to make him any money, but he sees amazing potential in it anyway.

And so the search for the Holy Grail of Investing goes on!

This optimistic investor claims that â€˜â€™with a modest amount of capital, you can earn unusual returns with a minimal amount of risk. This is an amazing journey that Iâ€™ve been on since 2003.â€™â€™

Amazing indeed! Letâ€™s just assume that he began his quest for investing mastery in the middle of that year, which is a guess, since his exact starting date wasnâ€™t mentioned. But since then, simply riding along with the market, using an S&P 500 index fund, would have produced him a gain of over 50%!

In the next sentence, the article writer offers a clue regarding the viability of this investorâ€™s new system: â€˜â€™Not that itâ€™s made him rich, but rather that itâ€™s offered the tantalizing potential.â€™â€™

And it seems that, while stock market indices showed nice gains in 2006, the system-developing accountant broke even for the year. So far, his system doesnâ€™t seem too amazing to me! And these lackluster efforts warranted him a feature article in the newspaper?

But the article does serve well as a reminder to serious investors hoping to get rich quickly in stocks or any other investment, which almost always turns out badly for those who try it. While itâ€™s only natural to attempt them, most schemes fly in the face of what the very few long-term, successful investors have done.

The system builder featured in the article believed he was on to something big when he began his quest. He admits to being an avid reader of Investorsâ€™ Business Daily (IBD), a newspaper founded by William Oâ€™Neil. Oâ€™Neil also wrote a book, which describes his â€˜â€™CANSLIMâ€™â€™ investing method. Personally, I would recommend neither the newspaper, the book, nor the method — but thatâ€™s just my bias.

Previously disappointed with his investing results, the accountant decided to get serious and find a method that worked. â€˜â€™I was so disappointed with my results that I made a commitment to study this like I was studying for the CPA exam. I was either going to master it or discredit it,â€™â€™ he said.

In addition, â€œâ€¦. he pored over the IBD web site and went through an ink cartridge and a ream of paper printing what he found. He got so excited that he said â€˜he felt like God came down from heaven and touched me.â€™â€™
Just imagine how that must have felt!

But since that minor moment of enlightenment, his returns have been rather muted. Our hero is an accountant, who, no doubt, has a natural talent for doing detailed, analytical work, and heâ€™s using a well-known method developed by Oâ€™Neil, whose work has been studied and used for quite a while. Wouldnâ€™t you think that, after starting with an established method and then refining it for four years, this system builder would have produced some pretty solid gains by now?

Of course, he is now analyzing his mistakes. â€˜â€™The hardest thing to do with this method is to learn when to sell. I literally let $140,000 in gains slip through my fingers in the last 18 months,â€™â€™ he offered.

So letâ€™s analyze what we have heard from this investor, so far. What would you guess to be his stumbling blocks? He claims to have spent many hours working on his method and was so convinced that he had found something meaningful that he even felt a divine touch confirming his most optimistic feelings! And he does sound serious and credible about his quest.

If he asked, I would offer my own suggestions about whatâ€™s wrong with his method. But since he doesnâ€™t know me — and hasnâ€™t asked, Iâ€™ll just write them out and let you consider them.

To begin, one thing that I choose to believe is that whatever higher power influences investor returns, I am sure that it abhors greed and haste. Trying to get rich quickly suggests an inbred form of hubris, where the investor considers himself smarter than most others and able to do what millions of others have failed to do. Even great investors like Warren Buffett have taken years to make their fortunes.

Another flaw in his method is that IBD is already widely known and read by at least the 166,000 investors who subscribe to it. Its method reveals nothing new and is likely a factor in many â€œblack boxâ€ computer programs so prevalent in hedge fund trading schemes and â€œquantitativeâ€ managed funds.

But perhaps the biggest flaw is that, more than anything else, it is a â€œtradingâ€ system. And while Warren Buffett is one of a very small group of successful long-term investors, we find even fewer stock traders with successful records. Predicting short-term movements in stocks is just too difficult.

To illustrate this point, consider how many times you have seen major averages like the Dow or S&P 500 trading flat on a day with massive trading volumes. Some mutual funds trade so much that they turn their entire portfolios over two or three times a year. So much activity with so little to show for it!

And, finally, another big flaw is that systems like this ignore the most powerful opportunities available to investors. Iâ€™m referring to those wonderful, secular, long-term trends that some investors, including me, seek and savor!

But patient investors know full well that getting rich slowly pleases the â€œgods of the marketsâ€ while it also reduces trading and decision making. This practice allows the investor to make very few decisions — but to stay with them for many months or years. What are basic tenets here are a long-term outlook plus an appreciation for compounding and the value of time.

The patient investor looks for longer-term trends and simply follows them along. He doesnâ€™t get spooked when someone in the financial media calls a market or sector top, based on an â€œoverbought condition,â€ or notes that his favorite asset class is â€œout of favorâ€ with whichever flawed analyst shows up on his television screen on Monday morning.

We investors who appreciate the power of long-term trends rely on time working in our favor. For example, one long-term trend that seems as powerful as any ever has is the value of the dollar. The dollar has been steadily losing value since 1913. Now that is one durable, powerful trend!

And that same trend has been accelerating in the past few years, powered by the reckless inflationary policies of the Federal Reserve. The Fed seems to ignore asset bubbles of its own creation and focus only on cleaning up the ensuing messes made by hyperactive traders and reckless lenders.

Of course, many on Wall Street think the dollar will move higher in coming weeks and that, overall, dollar strength is in the cards. And while that may be true in the short run, does anyone really think that a trend so forcefully in place for the past 95 years is really about to end? I surely donâ€™t, and I wonâ€™t rely on any mystical trading system to take advantage of it.

What I must do is look for asset classes that have been the biggest beneficiaries of the weakening dollar and allocate a good-sized portion of my accounts to them. Then I will wait long enough for the trend to resume.
I also believe that investing in hard assets or commodities like gold, energy and food is the best way to go. Sure, there will always be tough times for investors in longer-term trends. Gold shares have done nothing for more than a year, and energy shares have just recently broken out of a months-long period where they, too, went nowhere. Meanwhile, many stock market promoters have argued that they should be sold.

I never budged, though, preferring to â€œride it outâ€ with my energy, gold and commodity holdings. Whatâ€™s the hurry?

Making money in the markets is never easy, especially with millions of others competing for profits at the expense of others in the game. But trying to outwit or out-trade everyone else is a mean feat, accomplished by very few.
Buffett has repeated many times his favorite holding period for a stock purchase: â€œforever.â€ I think he gets it like so many others do not–and probably never will. No method for getting rich quickly seems to work for very long, as our intrepid featured accountant has proven yet again.

Forget trading systems and other get-rich-quick schemes for beating the markets. The best way to move forward is to move slowly: simply find the best markets, invest in them and let time do what it does best. Certainly, you will experience periods of months or even years when you seem to be making little progress. But if you choose the right long-term trends, your investments will take care of themselves. The process takes longer this way, but there is a much higher success rate in the long term. 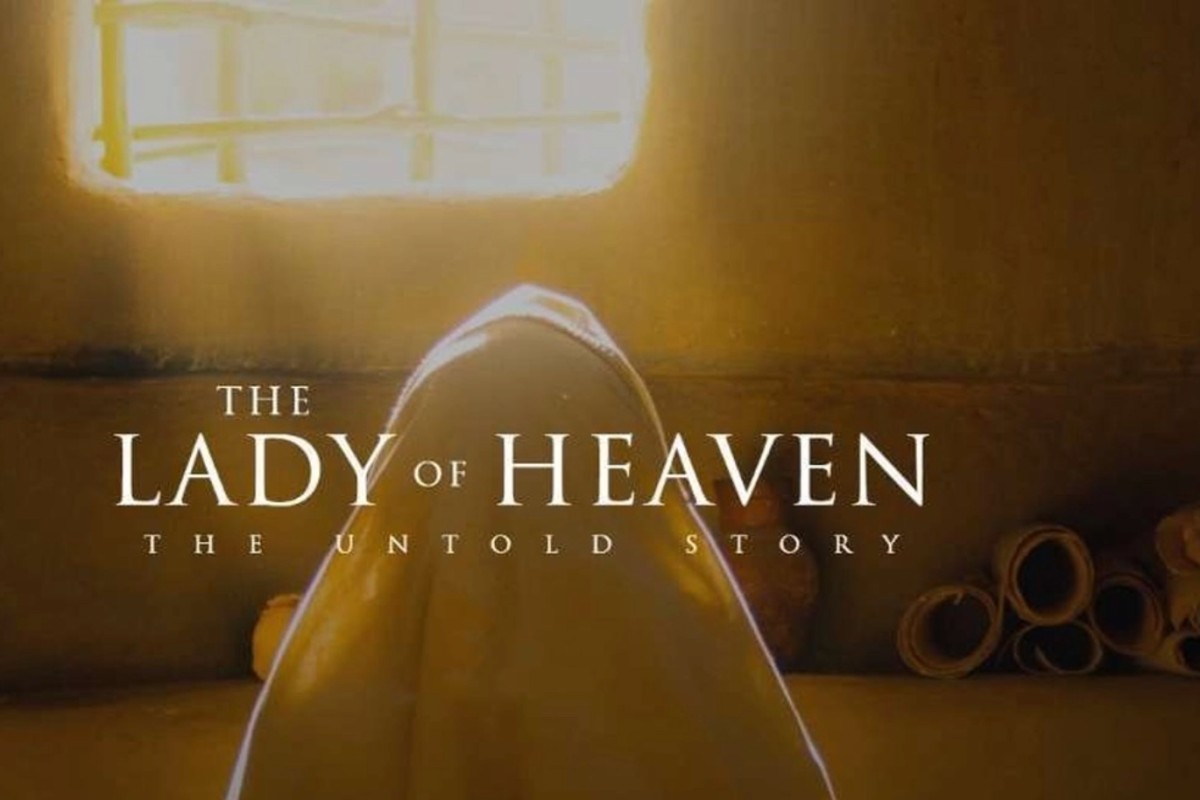 The Shiâ€™a-Sunni Divide, and the Iraq War