Are universities bastions of free speech, safe spaces or are they the new battleground for competing forces on the political spectrum? The answer, of course, is that it depends on who you ask.

Today, all three of these possibilities exist and are in play as students, student organizations, faculty that invite controversial speakers to campus, and activists from outside the university community converge on centers of higher learning across the country. Recently, some of these incidents have culminated in violence while others have caused the cancellation of lectures out of fear for potential mayhem and chaos. The rise in media coverage of late regarding campus speech appears to be less about this being a new phenomenon- after all, controversy and activism are as common to university life as fraternities and complaints about cafeteria food. Rather, the heightened attention on this issue is the very location of the most contentious examples of lectures leading to violent reaction occurring, ironically, on campuses long identified as being free speech epicenters.

The University of California at Berkeley is nearly synonymous with free speech and student activism. It has served as a nucleus for key social protest movements since the 1960s. Berkeley, as a campus and as a city, exudes liberal thought and expression. Twelve days after the election of Donald Trump as the country’s 45th president, the Berkeley College Republicans invited Milo Yiannopoulos, editor of the alt-Right media outlet, Breitbart. A self-proclaimed political flame-thrower, Yiannopoulos has been an unapologetic critic of political correctness, social justice movements, immigration, feminism, and Islam. He has also promoted his early endorsement of Trump for president.

To those on the political left- students and activists alike—the prospect of Yiannopoulos appearing at Berkeley was more than about a speaker with unpopular views; it was an act of deliberate provocation that defiled the sacred space of arguably the nation’s most liberal campus. Protesters confronted Yiannopoulos’ supporters mere hours before his scheduled talk and violence ensued, prompting police in riot gear to deploy tear gas to disperse the crowd. Campus and security officials then decided that in light of the chaos, it would be necessary to cancel the lecture.

Protesters claimed victory, that their actions ‘shut down’ a purportedly hate-filled voice, while his supporters decried the university’s alleged yield to violent assertions. Berkeley was caught in the crossfire of upholding its long-held transition to support speech, while seemingly acquiescing to violent reprisal used to pre-empt a speaker based singularly on the content of his proposed speech. But if Berkeley’s actions with Yiannopoulos were contentious, its challenge thirteen weeks later affirmed the university’s inadvertent metamorphosis from the marketplace to the battlefield of ideas.

Conservative author and columnist Ann Coulter was to speak at Berkeley on April 27, in response to an invitation from right-wing campus group Young America’s Foundation. Like Yiannopoulos, Coulter has a long history of targeting liberals, Muslims, immigrants, people of color. Given the shared ideology with Yiannopoulos and anxiety over another potentially violent reception, the university deemed it critical to cancel Coulter’s lecture.

Unsurprisingly, her fans were furious that Berkeley had once again bowed to even the intimation of violence, while Coulter’s opponents reveled in the fact they had yet again prevented a toxic talk, this time a week in advance by mere bark overbite. As the debate over free speech went ‘viral’ on conventional and social media both, Berkeley abruptly capitulated and reversed its decision, requesting Coulter to appear on campus with assurances of security measures given. Their solution was a new date, a week later, though Coulter castigated the move as harmful to attendance prospects, reminding her supporters and the university that her appearance would coincide with study week, a period of relatively low student participation in any activity outside preparation for final exams.

Berkeley’s shifting position on permitting controversial speakers on campus reflects the complex, at times unenviable and tenuous predicament of promoting free speech while being practical about possible violent reactions to it. Unfortunately, the recent incidents at Berkeley inadvertently create a false binary, placing expression and security at odds with one another. It has the effect of not only casting the violent opponents of a speaker as being a security threat but anyone who objects to the views of that speaker as somehow being against free speech as a right. It is a dichotomy that has been used time and again effectively, and oftentimes well away from the university campus.

The same argument has been made to securitize Muslims, during the Satanic Verses controversy in 1989, where the alleged death fatwa against the book’s author, Salman Rushdie, placed Muslims worldwide as potential judges, juries, and executioners in carrying out a purported death fatwa for the alleged crime of blasphemy. More recently, the so-called Danish cartoons controversy and the Charlie Hebdo incident were used to frame Muslims as intolerable to free speech and prone to violence at the slightest provocation of offensive expression directed toward them or their faith. Today, efforts are underway to redefine the political left as being the true opponents of a hallowed public right, coupled with the ironic reinvention of the hardline right as guardians of free speech that is toxic, racist and often itself an incitement to violence by their own supporters

The Berkeley lectures saga places in sharp focus an issue that has by its nature blurry lines. Free speech is one of this country’s most hallowed and constitutionally protected rights. College campuses have historically been oases of free thought and the very venue for the exchange of ideas no matter how controversial or provocative. Violent reactions to opposing, even offensive perspectives is still a relatively rare occurrence, all recent incidents notwithstanding. But what has changed is not the dynamic of the speech and the reaction to its content. It is the erosion of civility in society whereby speech is now used as a weapon as incendiary as the tear gas used to disperse protesting crowds or the bludgeons used by militants on either side for whom the speech is just an excuse to riot and commit mayhem. Perhaps universities should be the forum for discussions and debates about the relationship of speech and security. Hopefully, a safe space can be created for that. 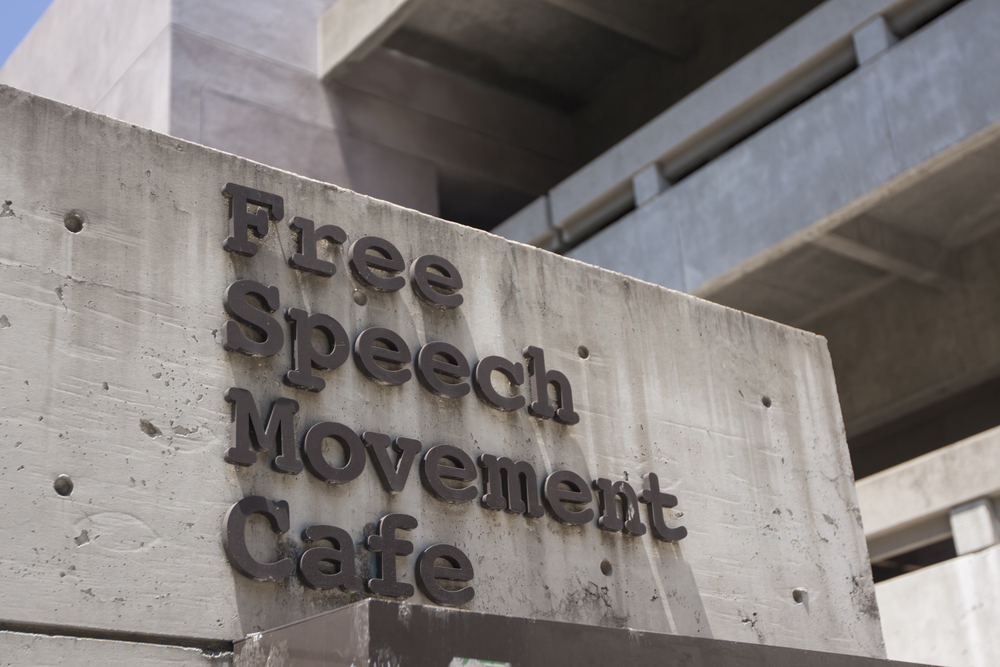 Presentation by Architect on 9/11

Relief Fundraiser: Musical Support
By Almas Akhtar, TMO Musicians from East and West come together for a noble cause. ~â€ Peace through Music Galaâ€…