The Barack Obama administration, determined to thwart the attempt by other plaintiffs and myself to have the courts void a law that permits the military to arrest U.S. citizens, strip them of due process and indefinitely detain them, has filed a detailed brief with the Supreme Court asking the justices to refuse to accept our petition to hear our appeal. We will respond within 10 days.

â€œThe administrationâ€™s unstated goal appears to be to get court to agree that [the administration] has the authority to use the military to detain U.S. citizens,â€ Bruce Afran, one of two attorneys handling the case, said when I spoke with him Sunday. â€œIt appears to be asking the court to go against nearly 150 years of repeated decisions in which the court has refused to give the military such power. No court in U.S. history has ever recognized the right of the government to use the military to detain citizens. It would be very easy for the government to state in the brief that citizens and permanent residents are not within the scope of this law. But once again, it will not do this. It says the opposite. It argues that the activities of the plaintiffs do not fall within the scope of the law, but it clearly is reserving for itself the right to use the statute to detain U.S. citizens indefinitely.â€

U.S. District Judge Katherine B. Forrest of the Southern District of New York, in a rare act of courage on the American bench today, declared Section 1021(b)(2) unconstitutional. The Obama administration immediately asked Forrest to lift her injunction and thereby put the law back into effect until it could appeal her decision. She rebuffed the governmentâ€™s request. The government went to the U.S. Court of Appeals for the 2nd Circuit to ask it to stay the district courtâ€™s injunction until the governmentâ€™s appeal could be heard. The 2nd Circuit consented to the request. The law went back on the books.

Afran, Mayer and I expected the Obama administration to appeal, but we did not expect the government to mount such an aggressive response to Judge Forrestâ€™s ruling. The law had to be restored because, our attorneys and I suspect, the administration well might be holding U.S. citizens who are dual nationals in some of our black sites. If Forrestâ€™s ruling was allowed to stand, the administration would be in contempt of court if it was detaining U.S. citizens under the statute. This suspicion was buttressed during the trial. Government attorneys, when asked by the judge, refused to say whether or not the government was already using the law.

The U.S. Court of Appeals for the 2nd Circuit overturned Forrestâ€™s ruling last July. It cited the Supreme Court ruling in Clapper v. Amnesty International, another case in which I was a plaintiff. The Clapper v. Amnesty International case challenged the secret wiretapping of U.S. citizens under the FISA Amendments Act of 2008. The Supreme Court in Clapper v. Amnesty International ruled that our concern about government surveillance was â€œspeculation.â€ It said we were required to prove to the court that the FISA Act would be used to monitor those we interviewed. But we could never offer the court proof of anyone being monitored because the government does not disclose whom it is targeting. It was only later, because of Edward Snowden, that we discovered that not only were those we interviewed being monitored but so was everyone else, including ourselves. The 2nd Circuit relied on the spurious Supreme Court ruling to say that because we could not show the indefinite-detention law was about to be used against us we could not challenge it.

After the Obama administration won its appeal in the 2nd Circuit we petitioned the Supreme Court in what is known as a certiorari, or cert, to hear our appeal. The Supreme Court takes between 80 and 100 cases a year from about 8,000 requests. The court is likely to make a decision in a few months.

The government, whose open defiance of the Constitution is brazen, has tacked back and forth before the courts as to why we have no right to bring the suit. It has, throughout the case, contradicted itself. In its current brief, for example, it claims that we as plaintiffs have nothing to fear from the indefinite-detention law. This assertion is at odds with the refusal by the government attorneys in the Southern District Court of New York to provide assurances that my co-plaintiffs and I would not be affected by the law. The government brief charges that because none of us has been threatened with imminent arrest we have no credible fear and no right to bring the case. But anyone arrested under this law would disappear into a black hole. A seized person would not have access to a lawyer or the courts. By the time you were detained under this provision all avenues of judicial appeal would be closed.

The brief also says that the Authorization for Use of Military Force Act(AUMF) already gives the president power to take such actions. This is a gross misinterpretation of the limited powers authorized under the AUMF. It also raises the question of why, if that statute does give the state this power, as the lawyers claim, the government would need to pass a new law as it did when it approved the AUMF.

The brief argues that journalists are already protected under Article 79 of Additional Protocol I to the Geneva Conventions. This protocol calls for journalists to be treated as civilians. But this last assurance has no legal weight. The United States never ratified Additional Protocol I. Finally, the government attorneys selectively use the case Hamdi v. Rumsfeld, which permits the detention of a U.S. citizen onlyif he or she is an enemy combatant engaged in an active armed conflict with U.S. forces. They cite the Hamdi case to argue that the government has the legal authority to order the military to detain U.S. citizens who â€œsubstantially supportâ€ a terrorist group.

The government in the brief makes it plain that all of us can be subject to this law:

Petitioners further assert that at the initial hearing in the district court, the government declined to offer assurances that they would not be detained under any circumstances. Pet. 14, 34-38. But no legal principle requires the government to provide litigants with such advance assurances or otherwise to delineate the bounds of its authorityâ€”particularly in the context of armed conflictâ€”in response to speculative fears of harm asserted in litigation.

â€œThe brief argues that the government reserves the right to use the military to detain and indefinitely hold journalists under this law, although the 2nd Circuit stated that the law did not apply to U.S. citizens,â€ Mayer told me Sunday. â€œWe have already seen journalists such as [you] and Laura Poitrasdetained and denied access to a lawyer and due process. This law will make legal any such detentions. It will permit the military, on American soil, to throw journalists and activists in a military prison without trial or due process.â€

If Section 1021(b)(2) is not struck down by the Supreme Court it will effectively overturn nearly 150 years of case law that repeatedly holds that the military has no jurisdiction over civilians. A U.S. citizen charged by the government with â€œsubstantially supportingâ€ al-Qaida, the Taliban or those in the nebulous category of â€œassociated forcesâ€ will be lawfully subject to extraordinary renditionon U.S. soil. Arrested citizens will languish in military jails, in the language of Section 1021(b)(2), until â€œthe end of hostilities.â€

This obliteration of the right to due process and a fair hearing in a court of law, along with the mass surveillance that has abolished our right to privacy, will be the legal foundation of our militarized, corporate state. Judge Forrest warned in her 112-page opinion that whole categories of Americans could, under this law, be subject to seizure by the military. She drew parallels between Section 1021(b)(2) and Korematsu v. United States, the 1944 Supreme Court ruling that supported the governmentâ€™s use of the military to detain 110,00 Japanese-Americans in internment camps during World War II. Our case offers the court an opportunity, as several lawyers have pointed out, to not only protect almost 150 years of domestic law that forbids the military to carry out domestic policing but to repudiate the shameful Korematsu decision.

Once arbitrary and indefinite detention by the military is lawful, the government will use it. If we do not win this case, all those deemed to be hostile or critical of the state, including some Muslims, journalists, dissidents and activists, will find themselves under threat.

I spent 20 years as a foreign correspondent, 15 of them with The New York Times. I interviewed numerous individuals deemed by the U.S. government to be terrorists, including some members of al-Qaida, and traveled with armed groups labeled as terrorist organizations. When I reported the statements and activities of these individuals and groups, U.S. officialdom often made little distinction between them and me. This was true during the wars in Central America. It was true in the Middle East. And it was true when I covered global terrorism. There was no law at the time that permitted the government, because of my work as a reporter, to order the military to seize and detain me. Now there is. This law, if it is not struck down, will essentially replace our civilian judiciary with a military one. Those targeted under this law will not be warned beforehand that they will be arrested. They will not have a chance to get a lawyer. They will not see the inside of a courtroom. They will simply vanish. 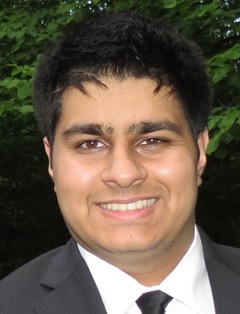 Battle over Circumcision Shaping Up in California
By Sue Fishkoff Rabbi Gil Leeds, right, performs a brit milah in Palo Alto, Calif., in July 2010. The baby…