Emergency In Pakistan: Sheila Jackson Lee Suggests Table Talk Diplomacy Rather Than Telephone Diplomacy â€“ Willing To Take A Congressional Delegation Which Should Include Some American Pakistanis Like City Councilman M. J. Khan

The State of Texas Congresswoman Sheila Jackson Lee (D) addressing a hurriedly called Town Hall Meeting of the Constituents at her local office in the Federal Mickey Leland Building Downtown Houston said that American Governmentâ€™s telephonic diplomacy is not decent and correct way of handling the situation in Pakistan. Instead Table Talk Diplomacy should be used, where American Diplomatic and Congressional Delegations should visit Pakistan and keeping all the etiquettes of Pakistan being a sovereign country, lend out hand of full cooperation to the people of Pakistan to come out of this difficult situation. She said being Co-Chair of Pakistani Congressional Caucus, she is ready to embark upon such a visit and would like American Pakistani leaders such as the Houston City Councilman M. J. Khan to be part of this mission.

The basic theme of the Town Hall was Emergency in Pakistan and what the Houstonians of Congresswoman Constituents can do. Not only people of Pakistani origin, but persons of other communities within Congresswoman Sheila Jacksonâ€™s District were present, especially several lawyers came out in solidarity for Pakistani Judiciary. They included Attorney Andrew McGee of Houston Lawyers Association.

Towards the end of the three hours long meeting, City Councilman M. J. Khan and Congresswoman Sheila Jackson Lee made concluding remarks. Mr. Khan said that people have heard that Musharraf is good and then we have heard he is bad: We have discussed that lawyers in Pakistan are good and we have heard that they are bad: So we must admire the leadership of Congresswoman to have allowed such diversified views said and ideas exchanged in a most civil manner: Such discourse is needed in Pakistan as well. Also since we have heard good and bad, but where we have heard good backed up by statistics about performance of Musharraf Government to be better than his predecessors, he should be given due credit. What is eventually important is to maintain the strong USA-Pakistan Friendship and the interest of the less fortunate people. Musharraf has been a very close and tested ally in the war on terrorism and this war will not just end, it will take time: The most dangerous thing for the whole world is to put onesâ€™ back to the war on terror: We can not afford it and similarly can not afford to loose partners like Musharraf Governmentâ€™s keeping the war on terror in context.

Wrapping up the long evening, Congresswoman Sheila Jackson Lee said that since she favors in USA Free and Fair Elections, Transparency of Government, Independent Judiciary and Media, as such she would promote the same in Pakistan. However the way USA has systems of checks and balances, we need to employ for the various sectors in Pakistan similar checks and balances. She said although we can say judiciary in Pakistan comes out of a different system, but the sanctity of Judicial Bar in USA and Pakistan and elsewhere is the same. Musharraf Government needs to restore that respect of the Bar, which is the norm of all the healthy societies. She asked Attorney McGee of Houston Lawyers Association to look into judicial system of Pakistan and how it functions when independent. Congresswoman Lee said aid to Pakistan should not stop, but it should increase so as to spend more on education and health, as this way normal people of Pakistan will feel good about American people the same way they felt about the American Black Hawks Helicopters during the Earthquake Relief effort. Yes: We all need a strong and well equipped Pakistani Military: Any vulnerability in this sector is not good for a stable and sovereign Pakistan. But that should not stop for the aid to go into Pakistan for social uplifting programs of poverty alleviation. No backdoor diplomacy should be used and if Government of USA is interested in certain people to hold the helm of affairs in Pakistan, it should not be imposed without giving opportunity to the people of Pakistan to make that determination. She said she has realized there is need of land reforms in Pakistan to change the feudal system of the country.

Earlier several Pakistanis gave their analysis on the situation and it was clear that the community is divided almost half-and-half as Pro-Musharaff and Anti-Musharraf Government. Like Saleem Syed (Producer Radio YoungTrang), Dr. Javed Ashraf (Professor of Economics at St. Thomas University), Tasleem Siddiqui (Pakistani-American Association of Greater Houston – PAGH), Mohammad Zaheer (Chapter In-Charge of Muttahidah Qaumi Movement – MQM – Altaf) and some others said that performance of Pakistan in terms of lessening corruption and improving economic indicators have been tremendous during Musharrafâ€™s time. Figures cited by Saleem Syed and Dr. Javed Ashraf at the meeting from various independent sources like Transparency International and World Bank informed that Pakistan was the third biggest corrupt country when Musharraf started his term and is now 44th most corrupt, while GDP of Pakistan has risen from 3.50% to more than 7.00% and per capita income has risen from $300 to $1,200 per month. The base of Pakistani Middle Class has increased and all these figures show that Musharraf Governmentâ€™s policies have made the money to trickle down to general Pakistanis and if he continues to monitor this progress, more improvement is in store.

These Pro-Musharraf school of thought persons criticized the judiciary and media for abusing the independence they have started to enjoy under Musharrafâ€™s Government with their negative judicial and media activism. Also at times judiciary has gone beyond their sphere like for discussing issues like traffic congestion in the city of Karachi and prices of onions. While they kept on postponing the verdict about the legitimacy of the recent Presidential Elections, in the National and Provincial Parliaments of Pakistan, in which Musharraf overwhelmingly won. Then the media was showing too much of violence and killings and giving one side of the story that were creating undeserved hype in the public: Such aspects of media are regulated in western media and Musharraf wants to regulate that in Pakistan as well.

Eventually independent judiciary and media were getting politicized one-sided and that is not healthy for the society. Also there was release of terrorists by Supreme Court Judges that eventually resulted in increase in violence in northern parts of Pakistan and as such emergency became inevitable.

Those opposing Musharrafâ€™s emergency rule included lawyers community like Judge Burhan Nomani, Attorney Aftab Sharif and Attorney Naezli Jaffry, Their argument was differences of opinion is healthy for any society, but if the situation is handled by clamping down on the basic human and civil rights and having this feeling that certain entities are above the law, then things go from bad to worse. Musharraf Governmentâ€™s heavy handed tactics against the lawyers, media and political opponents is totally uncalled for and has placed Pakistan in the path of danger. Judge Nomani said there may be law and order situation in some parts of Pakistan like the northern areas, but that does not mean the whole country should suffer from emergency rule. He said he recently came back from Pakistan and has seen his brethren judges and attorneys in Pakistan getting badly beaten up on the roads of Lahore. These are educated people and deserve better treatment rather than getting the iron fist from Musharrafâ€™s Administration. Judge Nomani added that why is Government of USA involved in hatching a deal between General Musharraf and Benazir Bhutto (Pakistan Peopleâ€™s Party Parliamentarian – PPPP): We need to make sure that if America gets directly involved in such arrangements, it is in American interest, since there is a lot of mistrust against the people of America because of the wrong policies of Government of Pakistan. Attorney Aftab Sharif said that merely out of fear of unknown, Musharraf has clamped down on the judiciary thinking they will give verdict against his continuing presidency.

Attorney Naezli Jaffry said that when Musharraf came in, he was liked by many because of his moderation and enlightenment message, but now the same moderate forces that have supported him; he has isolated them, which is not a good omen. As someone from the community of attorneys, Ms. Jaffry strongly condemned the oppressive tactics being sued against the judiciary by Government of Pakistan.

Mohammad Afzal Janjua (Former Office Bearer PAGH), Manzoor Memon (Member Board of Trust Pakistan Center), Sajjad Burki (Pakistan American Council of Texas and Houston Chapter Tahreek-e-Insaaf Pakistan), Khalid Khan (Houston Chapter PPPP) and some others talked about restoration of judiciary with complete autonomy, bans lifted from the private media outlets, bringing respect for law and constitution at the highest level by asking Musharraf to leave and wait for two years before aspiring to become President or any other political office, proper audit done by USA about the $11+ Billion of US Tax Payers money that was given to Musharrafâ€™s Government since poor people in Pakistan have got no fruits of such aid and according to Musharrafâ€™s Emergency Imposition Speech, he has himself said he has failed miserably on various grounds including the war on terror. Since he has done everything within the context of Emergency as General Pervez Musharraf, as such it is Martial Law in Pakistan: Added Khalid Khan of PPPP.

Sajjad Burki specifically mentioned about sections from Constitution of Pakistan including Articles 41-&-43 and Clause 63K, which clearly say that Musharraf can not retain two positions of President and Chief of Army Staff and can not run for an office unless he is no more a Governmental Official for two years. Without the law being respected at the highest level, the idea of rule of law is not possible in any society.

Talking about the role of American Government, long-time political and social activist Lutfi Hasan, said that USA Governmentâ€™s have employed double standards in dealing with various regimes of the world and because of such policy today American people are suffering that few like them because of what has been doe by our Government, same is happening in Pakistan and it needs to be checked until Democratic Party returns as powerful entity. 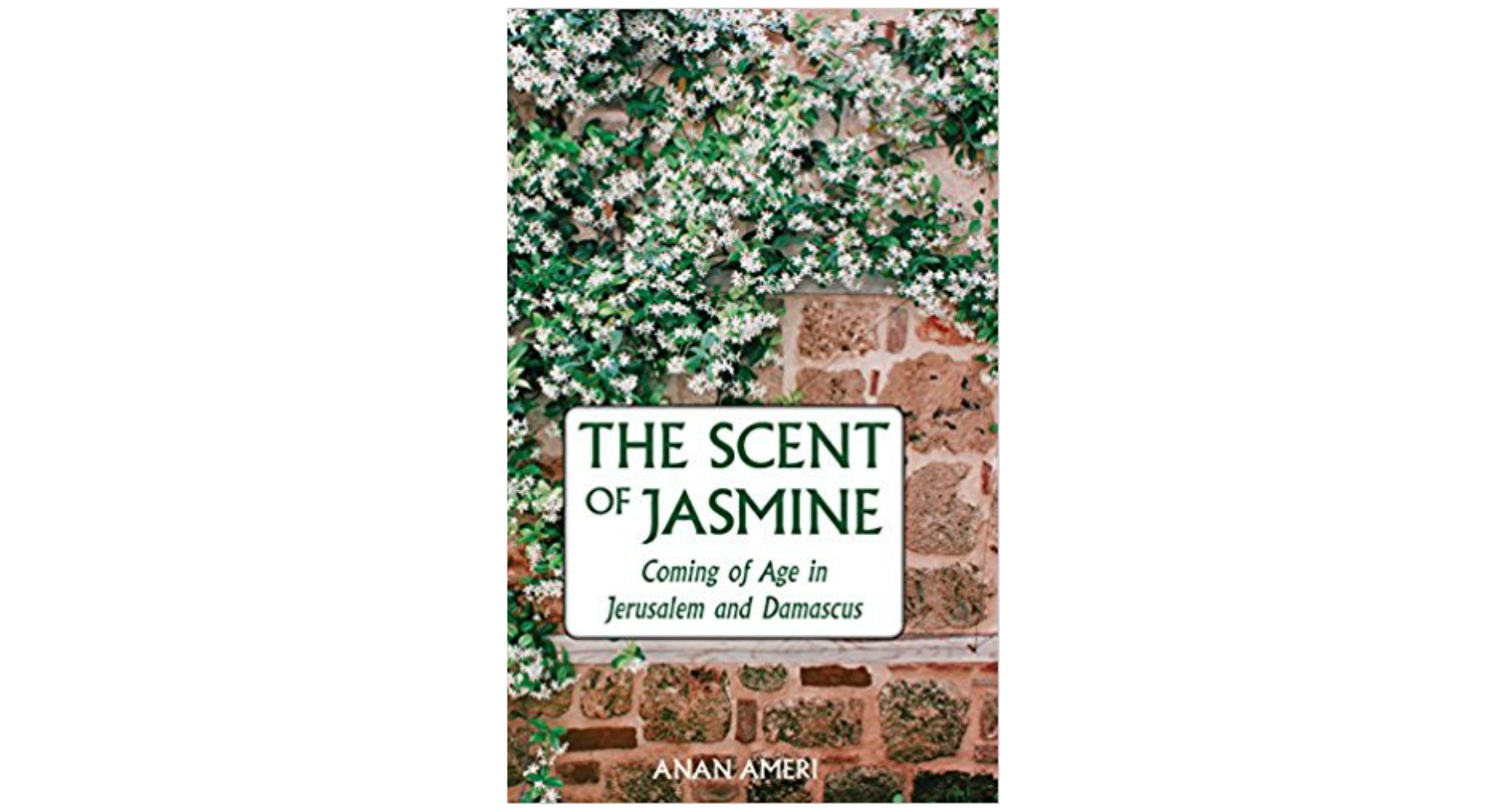 Novel, The Scent of Jasmine is a Snapshot of Past Arab World

Why Do I Want to be a Journalist?
Editorâ€™s note:  The TMO Foundation conducted a scholarship essay contest and TMO is now printing the essays of some of…