A narrative has been held present for Muslim women for years, specifically in pop culture. For generations, Muslim women have been depicted as oppressed, dangerous, conservative, voice-less. Muslim women today work actively to break these stereotypes and reclaim our narrative. Reclaiming the narrative of Muslim women is not only bold and courageous in itself, but empowering to all those who come across this political statement.

Recently, ELLE.com took the initiative in publishing a digital editorial package featuring stunning portraits and candid interviews with four Hijabi beauty influencers: Dina Torkia, Amena Kahn, Manal Chinutay, and Zukreat Nazar. These women arose as fashion and beauty influencers when they saw a lack of representation of Muslim women in the media.

“Through beauty and style tutorials on YouTube and candid posts on Instagram, they show their millions of Muslim and non-Muslim followers that they are just like them,” Associate Editor at ELLE.com, Kristinia Rodulfo said.

Amidst the rise of Islamophobia globally, these women have built safe spaces and strong communities with their followers. These women despite being knowledgeable of the present fear and risks of wearing hijab continue to represent Islam and their culture while following their passion.

While, “an eyeliner tutorial alone is not going to strike down a hijab ban; foundation tips are not going to obscure the Islamophobia and racism that continues to grip so much of the world. But with their prominence, their eloquence, and elegance, these four women are undoubtedly shifting the world’s impression of what it means to be not just a Muslim woman, but a woman, period,” Rodulfo said.

We pride ELLE.com for featuring these women and encourage them to continue doing the work that they do in bringing our communities together. These women have over 150 Million followers online and influence the community in not only beauty but lifestyle. Here are some highlights from their candid interviews by ELLE.com.

Torkia is known as not only one of the most recognizable but most followed faces of the growing modest fashion movement. She has won over millions with her beauty tutorials and open and honest vlogs including personal stories of her journey in overcoming bulimia.

“When I was around 17, I started to become interested in makeup and fashion, and it annoyed me a bit that [growing up], I didn’t see any representation of Muslim women, other than really negative ones–oppressed, boring, doesn’t do anything, controlled–ones that just weren’t like me and my friends. That’s what basically made me decide to go online.”

“You really can’t rely on anyone else to represent you if you want to do it right. Just by going online and doing the simplest of things–talking about makeup–isn’t what is showcased in the media.”

Khan first started her YouTube channel in 2009 with a hijab tutorial, she intended just for her friends. The popularity of it, however, led her to eventually starting a fashion brand, Pearl Daisy, beauty vlogging, and, eventually, co-founding Ardere Cosmetics.

Her charisma and outspoken personality earned her not only a strong fan base but an offer from L’Oreal Paris UK approached to be the face of their campaigns.

“I feel that sometimes people, particularly men, will feel the need to step in and try and save us–save this ‘poor oppressed Muslim woman.’ I started wearing hijab in my twenties. People normally think that my husband forced me to wear it. My husband wasn’t even with me when I decided to wear the headscarf–I came home with it on.”

According to Khan, it is a shame that the media puts oppressing stories under the microscope to feed to the public. But that is the reason why she believes what she does can be so powerful, it brings to life the stories that aren’t normally heard. Just by having a platform and being able to engage with people as humans, she said, has the potential to broaden the understanding of Muslim women.

“Just one look into who [we] are, just talking to [us] and finding out who [we] are, will tell you that we’re more than capable [of] making our own decisions about ourselves, our bodies. We don’t need heroes, ladies. We can be our own…” Khan said.

Chinutay found her calling while in high school. She became so good at doing her own makeup others began asking her to do theirs. This led her to launch a Youtube channel and even start a hijab company, Chinutay & Co. Chinutay’s down to earth personality makes her very relatable to her followers.

Chinutay proudly states that her hijab not only gives her confidence but allows her to wear a symbol on her head that represents what a Muslim woman can do. As a confident Muslim woman, Chinutay feels like what she does “builds confidence in women and builds a community with Muslims and non-Muslims,” which she says is such an important part of her and drives her to make these videos.

At the age of 16, Nazar worked as a makeup artist in department stores. In 2010, she began her Youtube channel to show off work on her clients, including the famous, Khloe Kardashian. She has gone on to not only start her own brand, Artist of Makeup cosmetics, but has taught makeup master classes throughout the UK. Beyond makeup tutorials, Nazar offers business and life advice about balancing motherhood and a successful brand.

“I find that [makeup] just allows me to not to only feel that I can dress modestly, but also [add] a sense of style [to show] my character and my personality,” Nazar said. “It’s just a form of expression, really.”

According to Nazar, makeup can play an important role in making one look and feel more confident. It allows her to have the ability to make other women feel more positive, radiant and confident in themselves.

“I think it’s a beautiful thing that, finally, Muslim women are being represented in big ad campaigns because we are human beings like everyone else, and we have a voice. I feel that makeup helps defy the stereotypes that are put on Muslim women to showcase that actually that we do wear makeup, we do like to look beautiful, we do like to bring out the beautiful side in our faces and our features, and that we’re just like every other woman that wants to do that.”

Visit ELLE.com for the full story. 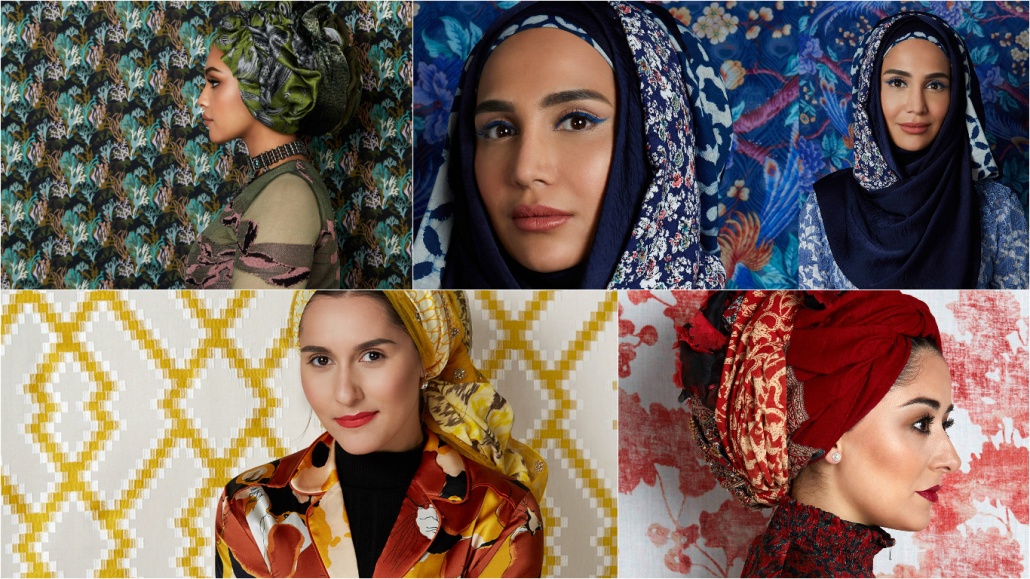 Mohammed (and similar names) Most Popular Name for Babies in Great Britain!

Asset Allocation
By Bob Wood, Muslim Media News Service (MMNS) Readers of this space may feel at odds with what Iâ€™ve written…