No taxation by a foreign government without representationâ€ is a basic American principle. Yet, the taxation currently endured by US taxpayers because of the Israel Lobby far exceeds the level of taxation by the British that led to the American Revolution. Pro-Israel organisations do everything possible to prevent Americans from openly discussing the fact that they are being taxed without consent.

Through subversion Israel advocates have orchestrated passage of the Patriot Act, Homeland Security abuses, and other erosions of civil liberties. Pro-Israel organisations file lawsuits to keep the question of Israel investments off local ballots. Jewish communal organisations bribe elected public officials with free trips to Israel to gain their support â€” even against the will of the majority of their constituents!

Financing Israel at the expense of basic American values victimises every citizen to benefit a very small sub-group of the population and also creates worldwide anti-US hostility, which puts all Americans at risk of terrorist retaliation. Obeying the Israel lobby goes against all logical American self-interest. Obeying Zionist pressure to invade several countries at once means watching America commit suicide, economically and politically, for the sake of Israel. Zionist activists are a real and present danger to the USA. They should be stripped of their US citizenship and sent to Guantanamo for interrogation.

Americaâ€™s free press, justice system, and democracy are dependent upon the separation of American from Israeli interests. To survive, America must disentangle itself from the Zionist web of control. The common Zionist argument that Jews should get to keep what they stole just because theyâ€™ve been sitting on other peopleâ€™s property for so many years is not a valid legal argument. International law as defined by the post-WW2 Nuremburg Tribunals does not confer upon occupiers any entitlement to â€œsecurity.â€ Zionism is nothing less than a criminal ideology that completely rejects the fundamental American principle of sacred property rights.

America stands for equal rights, which applies to property and residency rights and other legal norms such as use of public transportation and voting. The US has acknowledged the injustice involved in colonising America at the expense of the native population. Even though economic disparities still remain, Native Americans have US citizenship and are allowed to rent, buy and sell property just like other citizens. This is not true for millions of Palestinian refugees who are denied any passports while they live under Israeli curfews and martial law. It is even against Israeli law for sympathetic Jews voluntarily to reconvey stolen property that they currently hold without legitimate title to the original, rightful owners. In general, Jews cannot even sell homes to Arabs. Yet Germany returned homes stolen from the Jews in World War II to their descendants.

Many Americans are aware that the subsidisation of the Israeli military at the expense of the US taxpayer puts all Americans at risk of retaliation. Yet the criminal acts begin right under our noses here in America by bankers and real estate agents. With the deep enmeshment of Israeli agents in the United States political spectrum, the Israel Lobby acts as a mafia facilitating the looting of billions of dollars via US military acquisitions from Jewish-owned defense corporations like General Dynamics and via capital transfers including ongoing complex beneficiary-obscuring transactions. In addition to ongoing US foreign aid for weapons purchase, the USA buys billions of dollars of weapons, declares the weaponry to be obsolete and then consigns it to Israel at practically no charge. Using full-scale militarised equipment supplied and paid for by the United States, the Israeli government uses US tax money to pay the IDF to force the non-Jewish Palestinian rightful owners to vacate their own property so that subsidised real-estate magnates can bulldoze the place to build suburban-style condos for foreigners outfitted with supplies from Home Depot and JCPenney.

As the Israeli government orchestrates increasing demand for Palestinian property, ordinary American Jews wishing to escape their credit card debts buy up stolen Palestinian property by means of mortgages that roll in existing indebtedness at subsidised interest rates. American Jewish purchasers can then resell the stolen properties at a profit and return debt-free to the USA with cash in their pockets. This outrageous criminal conspiracy takes place in broad-daylight generally under the aegis of taxpayer subsidised Zionist â€œcharitiesâ€ that encourage â€œAliyahâ€ (Jewish ascension to Israel).

Are American law enforcement officials investigating this racist organised crime network operating in full daylight? The Jews who move into this stolen property are participating in an international crime. The FBI should be attending all the Pro-Israel training workshops that take place on US soil and that promote both the subversion of all our basic national beliefs and also the looting of the US economy. The United States has no choice but to start investigating, arresting, charging, prosecuting, convicting and incarcerating American citizens participating in the Zionist settlement process.

Karin Friedemann is a Boston-based writer on Middle East affairs and US politics. She is Director of the Division on Muslim Civil Rights and Liberties for the National Association of Muslim American Women. Joachim Martillo contributed to this article. 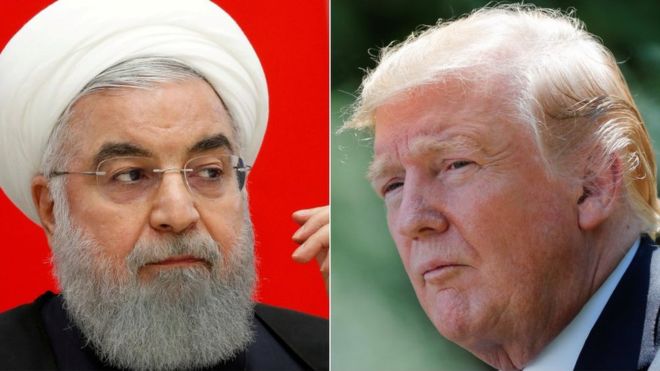