The War on Islam is not new. The war on Islam by Muslims claiming to be the voice of Islam is also not new. It was 60 years after the Prophet’s departure from the world, Yezid bin Muwaiya led the most devastating war against the movement challenging his political authority. Since then, despots and dictators have used actions to silence voices that question their legitimacy. Their most effective tactic is to hire religious scholars to use God and his messenger’s name to decimate opposition to their regime. Throughout history, such so-called scholars served as footsoldiers to power-hungry dictators, declaring them the shadow of God.

On November 24, 2020, what happened in UAE was another example of scholars’ betrayal of Islam. They declared an organization that accepts the Quran as its manifesto and Prophet Muhammad as its role model and believes in Muslim empowerment as a terrorist outfit. They dared to appeal to the Muslim world to accept their opinion as a religious decree and earn the favor of God and his messenger.

Hamza Yusuf Hanson, director of Zaytuna College in California, and Amani Borhan Al-Deen, chairwoman of the Indonesian Council of Scholars for Women and Youth Affairs, are also part of the Council.

In a statement, the scholars endorsed the Saudi Council of Senior Scholars that called the Muslim Brotherhood a disobedient and violent extremist group and blamed it for challenging the authorities for their policies.

The Fatwa Council, established in 2018, licenses Muslims to issue religious decrees and follows the UAE dictators in designating groups terrorists, anarchic or peaceful.

Citing verses from the Quran and sayings and practices (Sunnah) of Prophet Muhammad, the Council stated that every Muslim must pay allegiance to rulers only and not any organization to Emir. It is interesting to note that Sheikh Bayyah and Hamza Yusuf have followers who pay allegiance to them.

Egypt’s Grand Mufti Shawki Allam speaking on behalf of God, admonished Muslims that it “is religiously forbidden” due to the group’s ideologies that call for inciting violence.

In an interview aired by the Sada El Balad TV, he said that all terrorist groups like the Muslim Brotherhood represent “a threat,” and there is religious backing for prohibiting people from belonging to terrorist groups.

The government-sponsored scholars believe the Muslim Brotherhood never showed any care of Islamic creed, or the domains of knowledge related to the Quran or Sunnah, for its sole goal is to grab the reins of power.”

The Saudi Council of Senior Scholars also held the organization responsible for the emergence of many extremist and terrorist outfits, an argument that Zionists and Christian evangelists and Hindutva fascists use against Islam.

The organization banned in Saudi Arabia, UAE, Syria, Bahrain, and Syria emerged in the 1920s in Egypt under the leadership of Hassan al Banna.

It believes in reform, democracy, freedom of assembly, press and equality etc.

It believes that political reform is the genuine and natural gateway for all other kinds of reform. It acknowledges political pluralism, the peaceful rotation of power, and the fact that the nation is the source of all change. Political reform, in its views, includes the termination of the state of emergency, restoring public freedoms, including the right to establish political parties, whatever their tendencies may be, and the autonomy of the press, freedom of criticism and thought, freedom of peaceful demonstrations, freedom of assembly, etc. It also includes the dismantling of all extra-judicial courts and the annulment of all exceptional laws. It believes in establishing the independence of the judiciary, enabling the bench to fully and truly supervise general elections to ensure that they authentically express people’s will, removing all obstacles that restrict the functioning of civil society organizations, etc.

The despotic rulers of the Gulf do not believe in democracy and freedom of expression. The driving force behind the religious decree is the danger they perceive from a people-based organization. 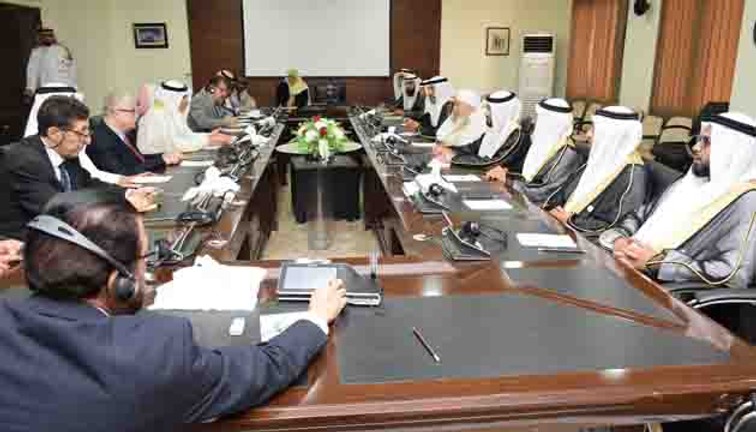 Qureshi and Mirza Still Stroking Down Under
By Parvez Fatteh, Founder of http://sportingummah.com, sports@muslimobserver.com Aisam-Ul-Haq Qureshi of Pakistan plays a forehand in their second round mixed doubles…

© 2020 MuslimObserver.com, All Rights Reserved
Why are some Muslims, from India to the U.S Voting against their Natural Al...