Curry on fire in NBA playoffs

Golden State Warriors guard Stephen Curry takes a breather during the second half against the Houston Rocket in game four of the Western Conference Finals. Thomas B. Shea / USA TODAY Sports.

Stephen “Steph” Curry is the reigning Most Valuable Player of the NBA.  A point guard on the Golden State Warriors (who are one game away from the NBA Finals), he has quickly joined the ranks of Kareem Abdul-Jabbar, Magic Johnson, Larry Bird, Michael Jordan, Kobe Bryant, and LeBron James.   He is the reigning NBA MVP. If you have not heard his name, please, let me be the one to put him on your radar. You will thank me.

Professional basketball, and specifically the NBA, is star-driven. Steph is the star of the Golden State Warriors. He is the son of Dell Curry who is the Charlotte Hornets’ all-time leader in points and three-point field goals.  Like father, like son.  In the current series (Warriors v. Rockets), Steph hit his 59th three-pointer, passing Reggie Miller’s record for post-season three’s.  Oh, and Steph currently wears the number 30, just like his Dad Dell did from 1982 until 2002.

Steph Curry is inspiring to regular-build, regular-athletes like me.  He is 6’3. Yes, that’s tall, but in the NBA, it’s actually tall-ish.  In high school, Steph was 6’0, same as me.  He was considered short for some of the big college programs.  While he has magical footwork on the court, he does not play “above the rim,” like so many NBA stars of the past.  He went to a small college (Davidson). All of this makes him more accessible, even though he took Davidson to the Elite 8 in the NCAA tournament and won awards and shattered records along the way.

Curry is also a family man. When he was young, his father regularly took him to shoot-arounds.  His mother started a Montessori school where he was educated as a child. He is married with a 2-year-old daughter, Riley, who is becoming a star in her own right after stealing the show from her father at a recent post-game press conference.  Crawling all over the stage, running through the press core, Steph never let his NBA stardom supersede his fatherhood.

The Golden State Warriors, led by Steph Curry and coach Steve Kerr (a star in his own right, 5-time NBA champion and another three-point record holder) bring an incredible amount of hope and pride to the people of Oakland and the Bay Area.  The team is one win away from the NBA finals and the Warriors haven’t won a title since 1978.  Here’s a question – if this Warriors team wins it all, what side of the Bridge will the parade be on?

Steph Curry is worth watching, and might even be worth emulating. I hope he stays at this level of athleticism long enough for my sons to become aware of his example as a professional athlete. 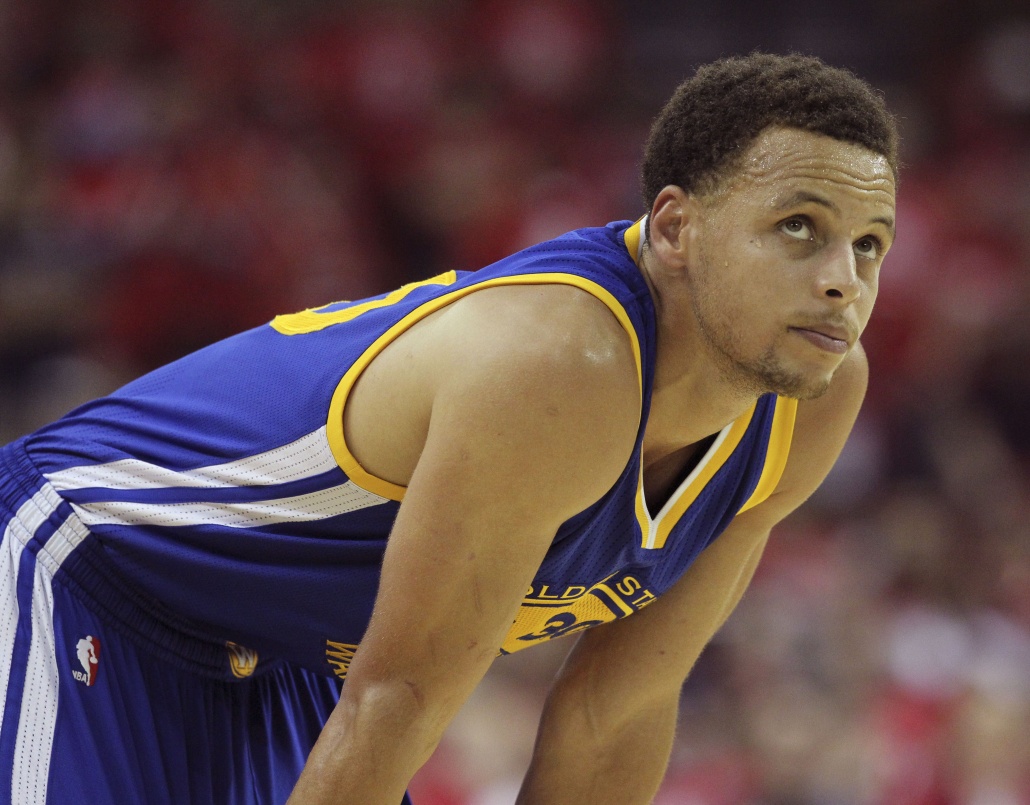