Mosque proposed for city of Pewaukee

PEWAUKEE, WI–The Islamic Society of Milwaukee is planning to build a permanent place of worship for the Waukesha Countyâ€™s growing Muslim community. The organization had earlier rented various facilities in the area but now would like to have a permanent location to meet the needs of several hundred Muslim families, the Freeman reported.

â€œWe have more and more Muslim families moving to the west suburbs,â€ said Muhammad Isa Sadlon, CEO and executive director of ISM. â€œThere are zero places for them in Waukesha County right now.â€

The ISM is sponsoring the project, Sadlon said. Initial costs to convert the building for use would be relatively inexpensive, he said, but eventually, the group would like to invest more money into the site.

Muhammad Haque, one of the founders of the center, reminded the worshipers, â€œEid is not just a festival of eating.â€

â€œThis is a time of thanksgiving for the blessings of Ramadan,â€ the Toms River resident said, â€œand for the strength to keep the fast.â€

But more than that, he added, it is a day when the angels line the highways and byways, where it is expected that those assembled will find some mercy and embrace both the giving and receiving of mercy.

He reminded the assembled that their duties extended beyond their community.

â€œWe are to bring positive change to our new country,â€ he said â€œand to alleviate the sufferings of the needy regardless of faith or religion.â€

Haque also spoke about how the arrival of Eid is determined by the sighting of the moon. This meant that the congregation could not be certain if the Eid celebration would take place on Friday or Saturday morning.

Rather than see this an inconvenience, Haque saw it as a means of drawing closer to God.

CHICAGO, IL–Eid ul Fitr was celebrated on two different days in Chicago. Those celebrating on Friday gathered in thousands at the Toyota Park soccer stadium in Bridgeview. Shaikh Jamal Saeed led the prayers.

â€œIslam is a religion of worship,â€ Said said. â€œItâ€™s a whole way of life.â€

He told the crowd of thousands that people who worship are good to their families, their neighbors and the environment.

â€œIf we pray and do injustice to others, donâ€™t care for those suffering, then our prayers have done us no good,â€ Said said.

Rouhy Shalabi, of Chicagoâ€™s Southwest Side and an attorney for the mosque, praised the village for allowing the services to be held at the stadium in Bridgeview.

â€œThe village allowing us to use the facility is a show of neighborly respect,â€ he said. â€œI hope the community has reciprocated.â€

Shalabi said the stadiumâ€™s ample parking solved the problems they usually have at the mosque during the holiday.

Most Muslims of the area however observed the Eid on Saturday at several small and large facilities. The congregation at Jama Masjid in the heart of the famed Devon Avenue attracted a large number of Muslims. Mufti Nawal ur Rahman led the prayers. He exhorted the congregants to live the spirit of the Ramadan throughout the year and to display unity and brotherhood.

Members of the community attended Eid prayers at several places including mosques and Islamic centers in Washington area as they celebrate the festival with religious zeal,marked at the conclusion of the holy month of Ramadan. Eid congregations were held at hundreds of places in American cities on Friday and Saturday.

The Ulema and Khatibs in their sermons highlighted Islamâ€™s message of charity, care and welfare of fellow beings as Muslims prayed collectively for progress and prosperity of the Ummah and world pace. 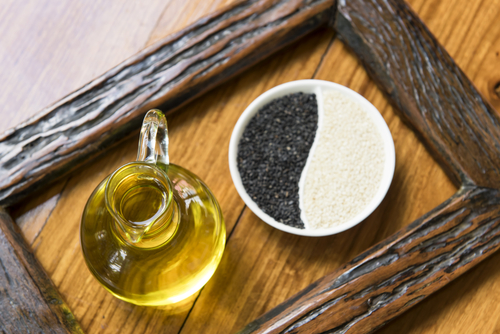 Eat this Daily, a Cure for All Diseases