TOLEDO, OH–Muslims have joined an interfaith effort to fight hunger in northwest Ohio. A program titled â€œThe Face of Hunger Will Surprise Youâ€ was recently held to raise awareness as well as funds and donations for the cause in Toledo.

A local Muslim group raised $1,700 to buy more than 400 pounds of meat that it donated to the Northwest Ohio Food Bank.

â€œGod and the Qurâ€™an say that there is no distinction between a hungry Muslim and a hungry non-Muslim,â€ said Hassan HassabElnaby, director of the Muslim American Societyâ€™s Toledo chapter.

â€œIt is our responsibility as a Muslim, as a citizen, as a member of this community to help regardless of any other consideration – race, religion, whatever,â€ he said.

The Northwest Ohio Food Bank provides supplies to a network of 308 agencies in eight counties, according to Holly Muraco. The food bank has distributed more than 63 million pounds of food in its 22 years of existence, she added.

BOSTON, MA–At least two-thousand worshippers gathered Saturday to pray on the grounds of the Islamic Society of Bostonâ€™s mosque shortly after a minaret-capping ceremony.

Some worshippers had tears streaming down their faces and others raised their hands in prayers as they watched the copper cap being hoisted by crane to the top of the minaret.

The event celebrated the settling of all lawsuits related to the construction of the mosque.

But worshippers must wait for at least six months before they could pray inside, to allow construction workers to finish work on the 14 dollar structure.

The mosque is part of the Islamic Society of Boston Cultural Center being built in Roxbury.

AUSTIN, TX–The Muslim American Society of Austin is doing its part to fight hunger in Texas and across the nation.

Volunteers say there is no distinction between a hungry Muslim and a hungry non-Muslim.

â€œPart of being a Muslim is to feed those who need food. And thatâ€™s a big part of what weâ€™re doing here is by being part of this community and we are part of the American society and community and those who are in need are also a part of it, so weâ€™re reaching out to them,â€ volunteer Islam Mossaad said.

Much of the food will also be taken to other locations across the United States to set up food banks.

FRANKFORT, IL–The American Islamic Association in Frankfort, IL, held its second annual community fair. More than 200 people attended the event including many people of other faiths. The fair also featured free blood pressure screenings by staff members from Ingalls Memorial Hospital in Harvey to an inflatable jumping house for kids.

The fairâ€™s organizers said the day, and the blood drive in particular, was an opportunity to help the community, reported the Daily Southtown.

â€œWe have so many doctors in our community, and we wanted to give something back,â€ said Sadiya Khan, who serves on the mosqueâ€™s board of trustees and helped organize the event.

There are about 15 Muslim doctors at Ingalls Memorial Hospital alone, said Dr. Saif Nazir, who also serves on the mosqueâ€™s board.

â€œThis event brings all the community, not just the Muslims, together,â€ Nazir said before announcing that everyone who donated at the eventâ€™s blood drive could have their pick at the Dunkinâ€™ Donuts table.

The South West Interfaith Team, of which the mosque was a founding member, also had a presence at the fair.

â€œThe basic idea is we see each other as human beings and not as headlines,â€ said Khalid Mozaffar, the organizationâ€™s Muslim co-chair.

NEW YORK, NY–The editors of two national Urdu language newspapers claim that copies of their newspapers have been vanishing from grocery stores after they began publishing articles exposing corruption in the local Pakistani Parade Committee. Last month it was reported that a group of men in a van has been driving around and snatching all copies of the Pakistan Post from its distribution centers.

The Committee to Protect Journalists cited several articles that appeared in the Urdu Times and the Pakistan Post that may have sparked the seizure of the newspapers. These included several pieces about alleged financial wrongdoing with respect to the Pakistan Independence Day parade held in August.

Utahâ€™s Muslim community has a new place of worship with a familiar face as its leader. Imam Shuaib Din, formerly of the West Valley City Mosque, was relieved by the board several months ago because of allegations of domestic abuse.

Today, he and many supporters started their own Islamic community in a new building. After trying twice before to raise the funds and find a building, many Muslims in the south end of the valley have their own house of worship. Nearly 150 came to Friday prayers at the new center located at 9000 South and 215 West in Sandy.

Imam Shuaib is their leader. He says he is undergoing court-ordered counselling. If he completes that, the guilty plea to misdemeanour assault will not go on his record. He and his wife are divorcing. He does see his children. He says he has learned what books cannot teach.

Imam Shuaib Din of the Utah Islamic Center says, â€œObviously the last four or five months have been a very humbling experience for me, to say the least and, this UIC is the silver lining of that dark cloud that I was faced with and the community was faced with.â€

Sofia Ahmed of the Utah Islamic Center says, â€œThereâ€™s a lot of Muslim people who have been supporting him and it has shown, in the last two weeks especially. We didnâ€™t think that this many people would show up, and we have a lot, thatâ€™s good.â€

The new Utah Islamic Center plans to expand at the new location to include a summer camp for young men and women and also daily religious study in the fall.

Imam Shuaib was an active member of the interfaith community. He plans to organize those activities again.

The overarching goal is to be â€œinclusive, progressive and transparent,â€ Din said. A Shia Muslim is serving on the advisory council, something that was not allowed in the Islamic Society constitution, he told the media. Though there will soon be a separate area for women to sit in the mosque, Ahmed said they are welcome to join men in the same room if they prefer.

UC Davis and Pakistani researchers have received a grant from the U.S. Agency for International Development (USAID) to develop a better method for diagnosing tuberculosis that employs novel technology and is highly effective, affordable and portable, which will allow it to be deployed in remote, rural areas of the world.

In developing their new diagnostic methods, the researchers will use the latest technology that allows multiple tests to be performed from a single sample, and for the processing of hundreds of samples a day. The $400,000 award will support the development of a new, more specific TB test that can be performed using small blood samples from hundreds to thousands of individuals at once. The two-year grant will also support the transfer of this new technology to Pakistan, which has the sixth-highest incidence of TB in the world.

â€œIf we are going to significantly slow the spread of TB in places like Pakistan, we need to be able to detect an infection at its earliest stages and identify those individuals who are infected but do not yet show signs of active disease,â€ said Paul Luciw, a microbiologist with the UC Davis Health System and Center for Comparative Medicine.

The UC Davis team also includes Imran Khan, associate director of the Department of Pathology and Laboratory Medicineâ€™s Clinical Proteomics Core and the Center for Comparative Medicine, who is originally from Pakistan. According to Khan, the key to combating TB is a more efficient, cost-effective diagnostic test for TB.

â€œThe current tests are inefficient, complicated and relatively expensive to perform in developing countries,â€ Khan said. The new multiplex test, he added, will be better, faster and, most likely, cheaper.

Luciw, Khan and their collaborators will be working to perfect a method for detecting multiple antibodies produced by the immune systems of exposed individuals in response to the bacterium, Mycobacterium tuberculosis, which causes TB.

â€œThe current tests only detect a single antibody at a time,â€ Khan said. The multiplex test, he said, could allow researchers to simultaneously test a dozen or more antibodies in a single blood sample from a patient. â€œThis would give us a complete range of antibodies in an infected individual and it will be specific enough that results will not be confounded by the responses to TB vaccine or other Mycobacterium species.â€

The new test builds on successful diagnostic tests created by Luciw, Khan and other Center for Comparative Medicine researchers for the detection of various diseases, including TB, in non-human primates. This work was done in part at the California National Primate Research Center, a federally funded biomedical research facility affiliated with UC Davis.

The human TB test Luciw and Khan are developing uses xMAP technology created by Luminex, an Austin, Texas-based company. The technology utilizes sets of microspheres, invisible to the naked eye, coated with antigens specific to antibodies produced by patients in response to M. tuberculosis.

Serum or plasma from a blood sample is mixed with a solution containing the bead sets. The sample is then placed in an instrument that uses lasers to identify the beads in which positive antibody/antigen reactions have taken place. The next-generation instrument from Luminex is expected to cost one-quarter of todayâ€™s machine and, depending on the use of additional robotics, allow the simultaneous, bench-top analysis of thousands of samples per day.

Tuberculosis is an infectious disease, usually of the lungs, that is spread from person to person through the air when infected individuals cough, sneeze or talk. A person usually has to be exposed to an infected individual for some time in order to also become infected. For this reason, friends and family members of individuals with confirmed infections should be screened for TB.

In most cases, M. tuberculosis infection is kept in check by the bodyâ€™s immune system. In about 10 percent of cases, however, the infection breaks out into active TB disease, though it may take years for this to happen. In 2003, the World Health Organization estimated that less than half of the nearly 9 million new cases of TB were diagnosed using laboratory tests.

Currently, Pakistan contributes about 44 percent of the tuberculosis burden in the eastern Mediterranean region. The new approach could eventually help health-care workers there and throughout the developing world to better screen people who have come in contact with infected individuals. â€œUltimately, we hope to be able to survey populations, identify hotspots of infection and treat people who are infected before they can spread the disease,â€ Khan said.

In other news, Junior Imran Khan appealed to the board to reinstate Martin Luther King Jr.â€™s birthday as a holiday in the district. As a member of the schoolâ€™s Diversity Club, he asked that funds be allocated for a day of recognition if a day off could not be granted. Last year, Khan said the club paid for the speakers from their own budget. Board president Maureen Matiska said that the board felt that a day of recognition would be more appropriate than â€œa day to go shopping or sleep in.â€

She added funds would be allocated for the events on that day, and Galicki requested that he and Reinert be included in the planning and selection of speakers. 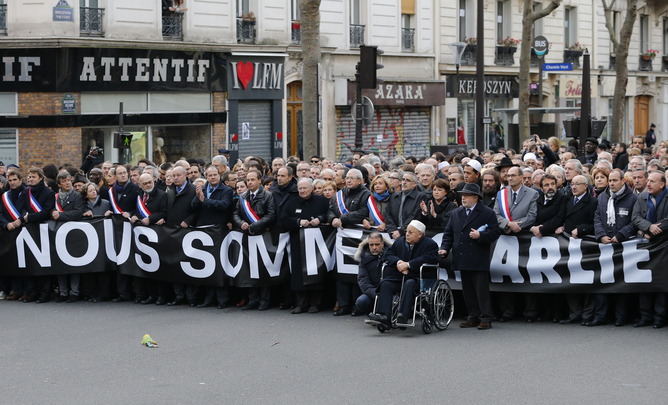 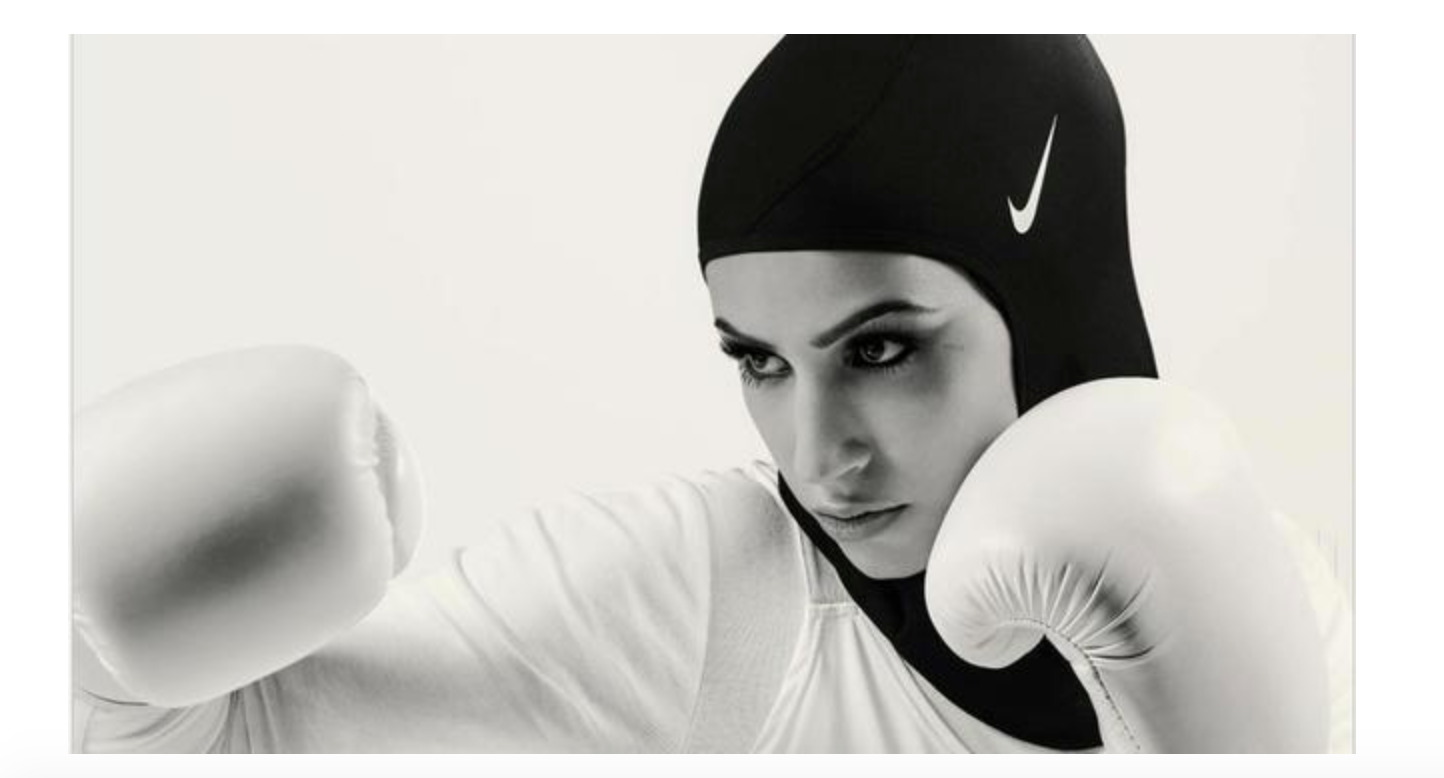 Million Gallons of Oil a Day Gush into Gulf of Mexico