FREMONT, CAâ€”Domestic abuse is a continuing problem among all communities which tears apart families. According to studies, 95 percent of domestic violence victims are women and one in four women will experience some form of domestic abuse. The Newark-based SEMAH organization and Marine Abused Womenâ€™s Services organized a two day workshop with Muslim, Christian, Hindu, Jewish and other faith leaders and social workers to combat this menacing problem of society at the Fremint Family Resource Center.

The workshop aimed to encourage religious leaders to speak out against domestic violence, work with social workers, and offer premarriage counselling to deal with issues of equality, conflict, violence and control.

â€œThis wasâ€”by farâ€”the most diverse group that Iâ€™ve ever seen . We have Christians, Muslims, Jews and Hindus, and an assortment of denominations within some of those religions represented. The religions have a lot of issues in common with each other (when it comes to dealing with domestic violence),â€ said Lisa Hoffman, a senior trainer with Transforming Communities: Technical Assistance, Training and Resource Center, which helped lead the workshop.

Syeda Reshma Yunus, founder of SEMAH, said she first conceived the idea in 2002 after setting up a hot line for women seeking to escape abusive relationships.

â€œI realized that faith-based organizations are important places to keep people informed,â€ Yunus said. â€œThe interfaith community is a place where people are already open-minded about our shared values; we all value the family, as long as there are not safety issues.â€

Peace and unity march in Philadelphia

PHILADELPHIA, PAâ€”More than 300 people of all faiths participated in the 3rd Annual Philadelphia Interfaith Walk for Peace and Reconciliation on June 4th. The march began at Al Aqsa Mosque and then proceeded towards Society Hill Synagogue with stops at St. Peterâ€™s Church and Christ Church.

The organizers of the march hoped that their endeavour would help â€œpeople provide witness to reaffirming the common roots of our different religious traditions (as we are all children of Abraham); to achieve peace with justice; to use the positive energy in this country among religious groups to transform our communities, based on the covenants we have with our Creator; to discuss our preconceptions and misconceptions and truths; and to be part of the solution, not the problem.â€

â€œI truly believe you can concentrate certain kinds of energy in the world,â€ said Michael Meketon, president of the Leyv Ha-Ir synagogue, which meets near Rittenhouse Square. â€œBy meeting together, seeing each other, and walking together, we are pulling together a positive force to bring about peace.â€

MASON, OHâ€”Saba Chughtai and Shakila Ahmad of Muslim Mothers Against Violence urged fellow Americans to see Muslims as people who have more in common with them than differences, reported the Enquirer. They were speaking to a 200 plus crowd of mostly women gathered at the New Thought Unity Center. The talk was part of a two day â€œGreat Peace Marchâ€ program by Muse, the Cincinnatiâ€™s womenâ€™s Choir.

Shakila Ahmad said that extremist clerics and â€œAM hate radioâ€ are given Americans a distorted impression of Muslims.

â€œWe abhor violence associated with Islam. Islam stands for peace,â€ she said. â€œThere is no way God wants us to kill innocent people … That is not what achieving peace as a result of submission to God is.â€

She asked the crowd if they thought she appeared less educated or less of an American because she wore the veilâ€”a Muslim womenâ€™s way of covering herself to show her commitment to God.

No one answered. But it was Ahmadâ€™s segue into her only political statement of the night. She pointed out that several Muslim nations have female prime ministers. â€œIâ€™d say we need to start here on at least a vice president.â€

Muslim student named to University of Utahâ€™s board

SALT LAKE CITY, UTâ€”Ali Hasnain, the first Muslim student body president at the University of Utah, has been selected to represent public college students on the state Board of Regents, reported the Salt Lake Tribune. As a student regent, Hasnain, 23, will serve a one-year term. He is one of 16 voting members on the 18-member board, appointed by the governor to set policy for the stateâ€™s 10 public colleges and universities.

â€œAli will be very effective in combining his insight as a student and his experience in government to voice the opinions and concerns of his peers in our higher education system,â€ Gov. Jon M. Huntsman Jr. said in statement. â€œWe appreciate his willingness to serve.â€

Hasnain, whose ancestors hail from India, was president of the university student association during the 2005-2006 school year. He is studying political science and economics and expects to graduate with a bachelorâ€™s degree in 2007.

Washington D.C.â€”American evangelical, Catholic, Jewish and Muslim leaders are calling for an end to U.S. policies that allow torture of prisoners.

Other signers include former President Jimmy Carter, Nobel Prize winner Elie Wiesel and the head of the Islamic Society of North America.

Professor Glen Stassen of Fuller Theological Seminary, an institution which prepares missionaries, said that when torture is permitted by a country whose leader claims to be Christian, it undermines missionary work and evangelism.

LEWISTON, MEâ€”When Somali refugees began moving in to Maine a few years there were fears about them. But things have changed and now they are viewed as a boon for the state. Hardworking Somalis are being appreciated for their diligence and their willingness to take jobs that no one else is willing to take.

Victoria Kurtz of Hampton Inn told the Press Herald that she was having trouble filling in housekeepers even after posting notices in newspapers, websites and area high schools.

The Hampton Inn now has 11 African refugees on the payroll, predominantly from Somalia. The workers live in Lewiston and were directed to the hotel by the refugee resettlement program at Catholic Charities Maine.

NEW YORK, NYâ€”Sen. John Sabini has introduced a bill in the state senate that will prohibit scheduling of tests on religious holidays. He announced the bill outside the Razi School in Woodside standing with parents and students.

Third-graders at the school were disrupted in January when a state-mandated test was given during Eid-al-Adha, a time when observant Muslims do not attend class and when Muslim schools are closed, school officials said.

â€œThe students should not be forced to chose to test or celebrate their holiday,â€ said Sabini, a member of the state Senateâ€™s education committee. â€œIt is an extraordinarily bad public policy that we intend to change.â€

The results of these tests will follow these children through college,â€ he said. â€œNo New York City child should have their educational future put at risk because of some bureaucrats in Albany.â€

Sabini said that more observant Muslims are being educated in the New York City public school system than ever before. Because of that fact, he said it was high time that Regent schedulers acknowledge them the same way they do other groups. â€œWe have to recognize their presence and not allow bureaucrats to dictate the dates of high-stakes tests to our children,â€ the Senator said. 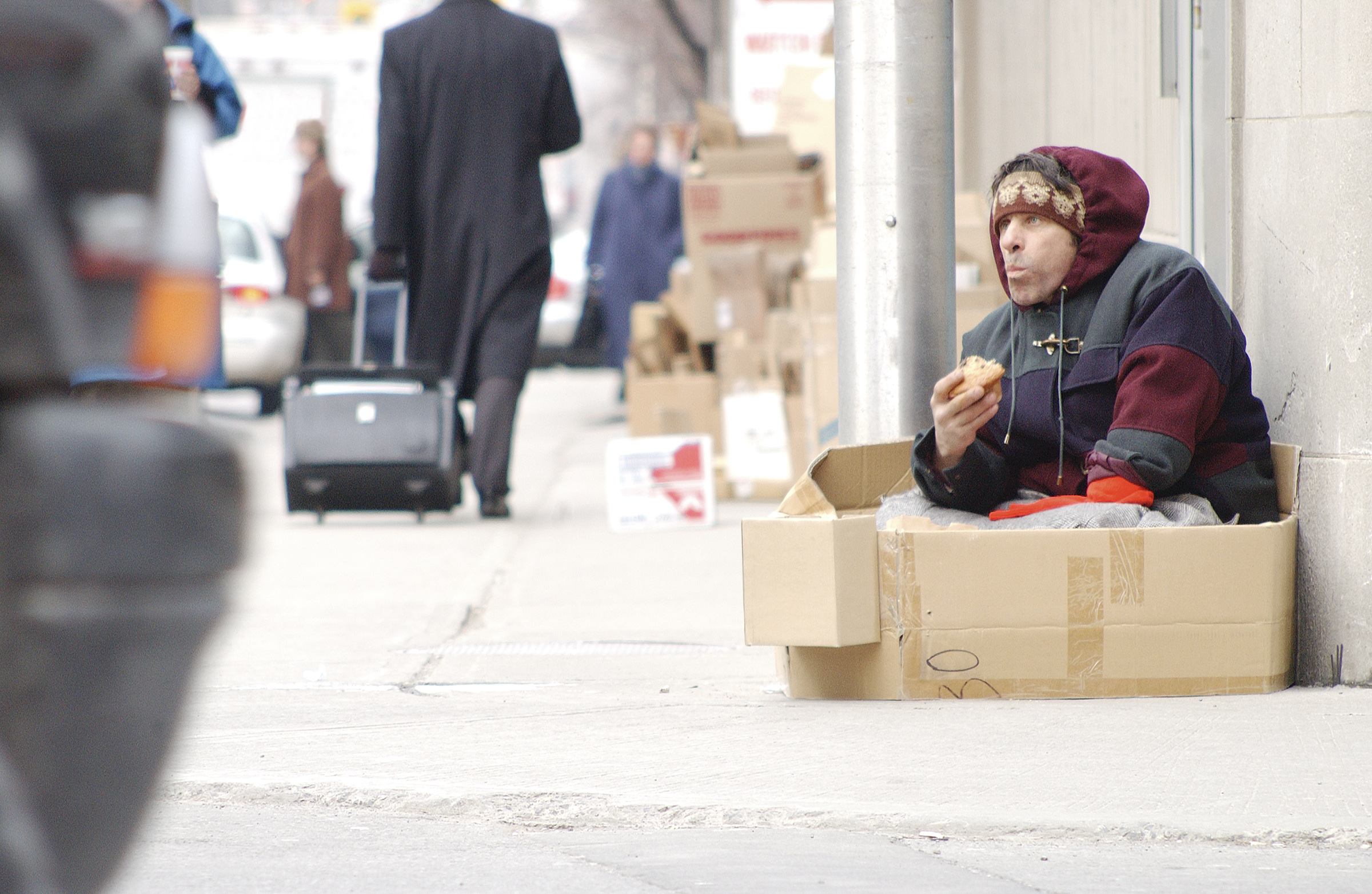 Sell Everything! “You Won’t Recognize America By The End Of The Year”
Dow theorist Richard Russell says to sell everything. By Joe Weisenthal Richard Russell, the famous writer of the Dow Theory…

Muslim-Americans and the American Dream