In 2019, students in the United States faced more than 40 shootings during school hours. Schools practice active shooter drills year-round, but often don’t take the same precautions when it comes to preparing for shootings during after-school activities, many of which occur when the public and students from more than one school are present. While protests and calls for action typically highlight the dangers of school shootings and in-classroom violence, little attention is given to on-campus gunfire when it occurs during after-school hours. School shootings may make headlines across the nation, but does that concern for safety end when the bell rings?

Since classes began in mid-August 2019, The New York Times reports, “gunfire has erupted more than 20 times at or near school sporting events around the country.” That number surpasses campus shootings during school hours. The Times’ analysis—compiled using a database, interviews, police reports, and court documents—found that in the past seven years, 108 incidents of gunfire have been reported across the nation. All 108 incidents were related to school sporting events that occurred after school hours in 36 states, mainly at basketball and football events. At least 19 people have been killed in these incident, and more than 100 injured.

After-school shootings may not get as much media attention, but they are a recurring (and not new) problem. Data compiled from the Naval Postgraduate School shows that while the issue has been present for years, efforts to prevent such shootings have been minimal, or “in some cases, virtually nonexistent,” the Times reported. “There’s a growing problem there and we know that it’s not some spurious thing — it’s something systematic,” Justin Kurland, a researcher at the University of Southern Mississippi’s National Center for Spectator Sports Safety and Security, told the Times. “How many of these have to happen before the schools and first responders start to take this more seriously?”

Researchers told the Times that one reason after-school shootings don’t draw as much attention could be that while shootings during school hours are rarer, they are “deadlier.” Compared to the 19 killed during sporting event-related after-school activities, “50 have died in active-shooter incidents during the school day” during the same time period. Media coverage, location, and the demographic traits (such as race and class) of those affected by the shootings also contribute to how much awareness is spread, experts told the Times. Victims of shootings during the school day have been predominantly white and from the suburbs, while most after-school shootings occur in larger cities, with predominantly black victims. Michael-Sean Spence, the director of policy and implementation at Everytown for Gun Safety,  told the Times that perception and media coverage both play a big role—and can sometimes be a barrier for communities seeking to improve public safety.

Even as campus security continues to increase during school hours, with security and IDs required to walk into different buildings and classes, after-school activities often remain unmonitored, despite the fact that many of these activities are open to the public, or at least any adult or student willing to buy a ticket. “In an event like this where you expect people to come and have a good time and not have any issues, it’s just one of those things,” Atlanta Public Schools police chief Ron Applin told the Times. “Anybody could get a gun into the stadium, probably.” So how, exactly, can schools improve their after-hours security, and ensure that students and the public can enjoy these events without fear?

According to the National Center for Education Statistics’ data for the 2015-2016 school year, 94% of public schools reported they monitored doors and secured building access and 68% required staff and faculty to wear ID, while less than 10% used metal detectors as a safety measure. Often, schools opt to purchase metal detectors only after shootings have occurred on campus, or when weapons are regularly confiscated in classrooms. In the Department of Homeland Security’s Guide for Preventing and Protecting Against Gun Violence, the government agency recommends metal detectors as a means of risk management. Some community advocated find metal detectors troublesome, comparing their use to a detention center. Yet in many instances, metal detectors have helped schools prevent gun violence.

Of course, metal detectors will not resolve the problems that lead to someone bringing a gun to school, but can assist in preventing casualties and can make officials aware of the weapons present. If the goal is to ensure children’s safety, maybe they are worth it. At the very least, it’s a start.

Do you think metal detectors prevent school violence? Should they be utilized more? 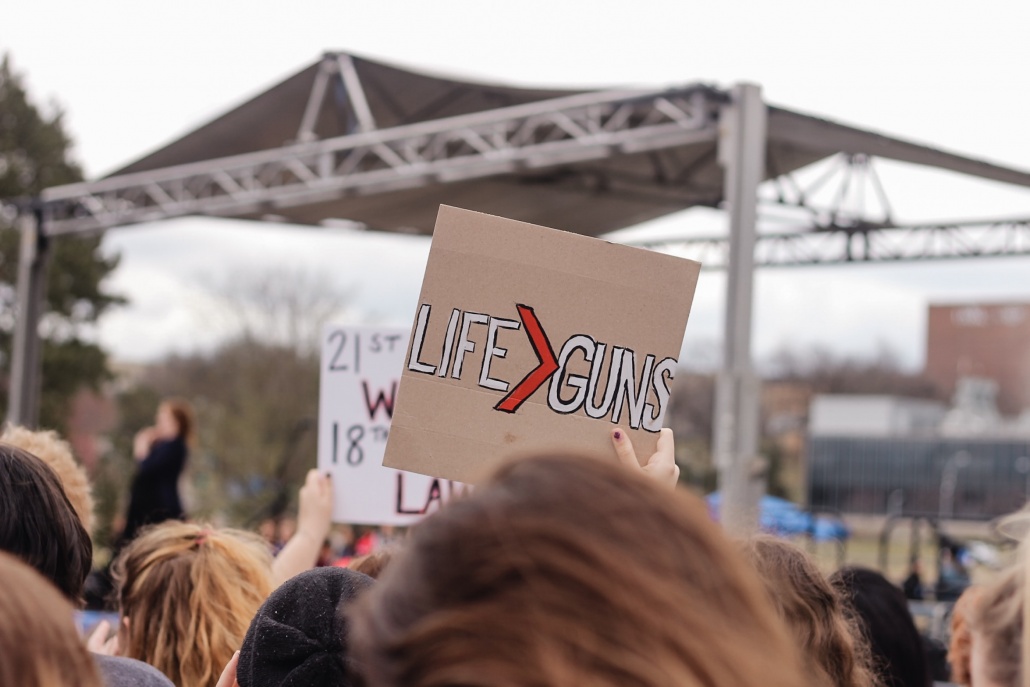 © 2020 MuslimObserver.com, All Rights Reserved
Trump has been impeached by the House of Representatives

Recipe for a healthy Kale Quinoa Salad
Scroll to top