The affair was a well attended success with over 400 guests present and a volunteer presence that was full of enthusiasm and dedication. Local organizations such as Helping Hand, Mechanic One, Zaza’s Mediterranean Grill, Abdu Market, BNG Mulitservices, and The Muslim Observer were generous enough to sponsor and attend the event. 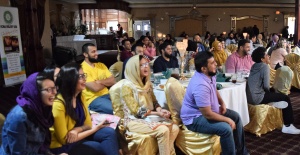 The atmosphere was electric as attendees were ready to laugh their hearts out! The anticipation of the past few weeks had finally been met with smiles and eagerness as guests registered and were ushered into the Oak Room at Wayne Tree Manor. Muslim Family Services (MFS), in collaboration with Young Muslim Brothers, had decided to take this fundraising event and turn it into “Comedy for a Cause”.

“Having a different approach to fundraising is always a good change,” said acting Administrative Director of MFS Summi Akther said. “We wanted to give our donors, sponsors, and volunteers an event that they could enjoy and remember for years to come!”

With this idea in mind, ICNA Relief-MFS did indeed put the “FUN” in FUNdraiser! As the emcee, Faizan Mumtaz welcomed and introduced the program. guests were filled with delight to see the first comedian walk up to the stage, Jeremy McLellan started off the program with a bang! 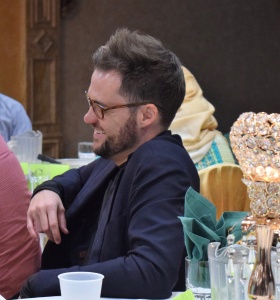 McLellan signed on with ICNA Relief USA to do an 11 city tour to collect funds for ICNA’s refugee programs. Detroit was his 10th stop. The biryani-loving comedian is known for writing about his love for biryani and his humorous commentary on American politics, immigration, Islamophobia and race. His understanding of Islam, diversity of Muslims and Pakistani culture has made him popular among the South Asian population.

This show was not only a single act, but a double, as Stand-Up Comedian Azhar Usman took the stage for round two of ultimate laughs. Laughter did not cease for the next 45 minutes as Usman cracked jokes about the different ethnic groups among the Muslim community.

Usman’s “I said it, but you thought it” approach makes his act something everyone can relate to. ICNA Relief-Muslim Family Services Detroit’s addition of Azhar Usman made the show even better! Funnyman Azhar Usman was an attorney by trade, but now is a stand-up comic, actor, writer, playwright and producer. 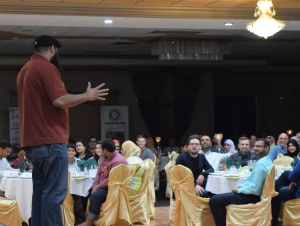 He is one of Chicago’s top standup comics; CNN called him “America’s Funniest Muslim,” and Georgetown University identified him as “one of the 500 Most Influential Muslims in the World.”

In 2010, standup icon Dave Chappelle–for whom Usman has opened over 50 times–commented “Azhar is untouchable!”

As the co-founder of the international comedy showcase “Allah Made Me Funny–The Official Muslim Comedy Tour,” he has toured over 20 countries, on five continents. His comedy has been profiled/reviewed by over 100 major world media outlets including The New York Times, The Economist, British Broadcasting Corporation, The Guardian, National Public Radio, TIME Magazine, Al-Jazeera, USA Today, and Fox News.

After the comedians had concluded, a hearty late lunch was served consisting of: lamb biryani, butter chicken with naan, pasta with Alfredo sauce, veggie makhni, hummus, fattoush salad,  AND dessert- everyone ate to their heart’s content.

“An afternoon out for families and friends is something we all need once in a while and this event not only was fun and entertaining, but it was for a good cause! Money well spent and donated!” one attendee said. 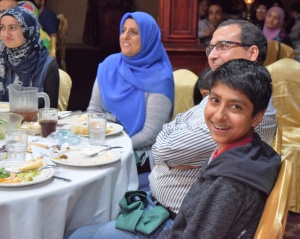 Overall, the Refugee Relief Tour: Comedy for a Cause 11-city tour grossed a quarter of a million dollars to benefit ICNA Relief’s refugee programs nation-wide.

For more information on ICNA Relief- Muslim Family Services programs or if you would like to volunteer or donate,  visit their website here or call their Detroit office at (313)-366-6800. 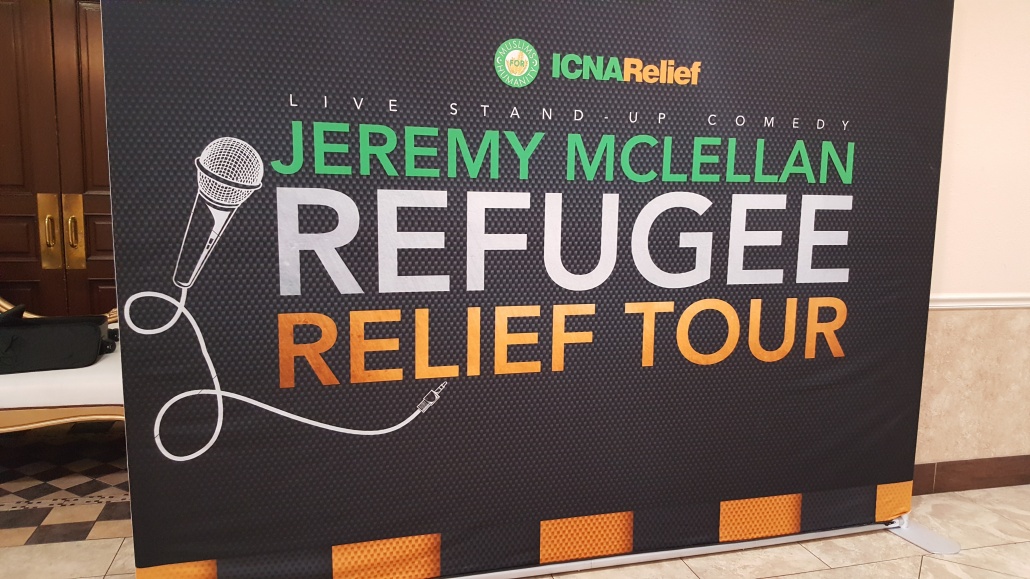 Death Sentence Commuted for Saudi Man Jailed as a Teen
By Nida A. Imam The Specialized Criminal Court of Saudia Arabic has reduced a Saudi man's sentence from life to…