New America Media Editorâ€™s Note: Tensions between Muslim Uighurs and majority Han Chinese escalated July 5 when a peaceful protest over the deaths of two Uighur workers in Southern China turned into riots, leaving at least 156 dead and more than 1,000 injured. China expert Dru C. Gladney, Ph.D., says the riots reflect longtime ethnic tensions caused by unequal resource distribution and employment. Gladney is president of the Pacific Basin Institute and professor of anthropology at Pomona College. His most recent book is â€œDislocating China: Muslims, Minorities, and Other Subaltern Subjectsâ€ (2004). He was interviewed by NAM reporter Vivian Po.

What was your first reaction when you learned about the riots in Xin Jiang?

I think it is quite remarkable. Mostly, incidents have taken place in the south of the province, so this is quite extraordinary to have such a high number of people involved in this many casualties, in the downtown district of Urumqi. This place has really a small Uighur population, about 11 to12 percent of the entire city population. Urumqi has never been a Uighur city. It is just one small district. I understand there is a sympathy riot in support of them in Kashgar, so it is interesting to see whether it will spread to the rest of the region.

What really caused the riot?

Clearly, there is a lot of tension underneath the surface. Though a lot of people make references to the uprising in Tibet, I think a better analogy is what happened in the Rodney King riots in Los Angeles. There was a terrible beating of Rodney King, but there were so many other tensions in the city, racial tensions that were ignited by this incident. I think the Tibetan situation is different. It was much more internationally focused, monks were involved, and religion was a factor.

Is religion playing a part in this riot?

It is not. In the past, the problems of the region have been attributed to Islam and to complaints about religious freedom, independence, separatism and even jihad. But none of them seems to be an issue here. There are many complaints from the Uighurs about wanting more roles in government, and more freedom to practice religion, but that is not what prompted this riot.

The Uighurs organized the protest as a response to a fight that took place at a factory in Guangdong, after a Han Chinese man who used to work there accused Uighur men of raping two Han Chinese girls. How did relations between the Han and the Uighurs in Chinaâ€™s labor market contribute to this riot?

Labor is a very important issue in this whole situation. I wouldnâ€™t be surprised if the Han Chinese man who accused the Uighurs of rape did it because he was angry over losing his job. Uighurs from Xin Jiang had jobs but he couldnâ€™t get a job, so he made these allegations about rape that are totally unsubstantiated.

And Uighurs in Xin Jiang have complained that they get squeezed from both ends of the labor market, as both the skilled jobs go to the Han and then the unskilled and low-wage jobs go to the Han migrants, so Uighurs are really stuck in the middle. And when they go outside of the region to look for work, they are discriminated against and are not protected by the government. That was what a lot of the protests in Urumqi were about.

What is the Chinese governmentâ€™s approach to ethnic minorities in China?

The policy and constitution in China are extremely enlightened and have some very positive policies for minorities, but the reality is that there is discontent. It is clear that these people have some legitimate concerns. You do not get that many people out on the streets if they are satisfied with their situations. So there are real problems.

How did technology play a role in the riot?

The role of the Internet in fostering Uighur national consciousness is very important. Now, Twitter and cell phones, YouTube and Youku, all this technology has made the region much more accessible. In the past, the region was very cut off and in some ways less accessible than Tibet because Tibet was a place people were interested in and people knew the history. Uighurs have always been isolated, and nobody really knew or cared about them. Now through technology, international organizations of exiled Uighur groups, as well as the media attention that the Uighur detainees in Guantanamo Bay have gotten, it has become a global issue.

The Chinese government claims political activist Rebiya Kadeer masterminded the riots. What do you think?

I think it is true that several international organizations, not just Rebiyaâ€™s, were engaged in this issue, but to suggest that any one of them has masterminded the event in Xin Jiang is very difficult to prove. I think the Chinese government is taking a cue from the Iranian situation, where they blamed the Americans for inciting people to go into the streets.

How would you compare the ethnic conflicts in China and those in the United States?

The Rodney King riots were an example of these extraordinary racial tensions. Hopefully we wonâ€™t have to wait for a Uighur to become president or premier of China before racial tensions improve. They run very deep. We also have the issue of the indigenous people here, like the Native Americans and their concerns, and many have similar problems such as joblessness and high mobility.

Is there any solution to the ethnic conflicts?

Uighurs are demanding a greater voice in their own affairs and greater representation. There are Uighurs in the government but they are handpicked by the party, so their real concerns arenâ€™t being addressed. There are some policy issues the government could address, such as limiting Han migration, ensuring that Uighurs are given equal opportunities or even greater compensation for the mineral wealth that is extracted from their province. Residents of Xin Jiang should get some special privileges. Also, the Chinese have the â€œhukouâ€ (household) residential privilege system where residents get certain benefits, such as education, and Uighurs do not feel they are getting those benefits in their autonomous region.

What do you think about the way Chinaâ€™s state-sanctioned media has approached covering the riots?

I find it quite striking that they immediately reported the uprising in the region. I think theyâ€™ve recognized the fact that they canâ€™t keep a lid on the news anymore because of cell phones and easy access to media outlets. But you also see their bias. It is really extraordinary that the level of animosity between the Uighur and the Han population exhibits itself so clearly, so you can actually see Uighur men kicking a Han Chinese girl on TV. I am concerned that the reason this was shown on Chinese television, as opposed to a policeman beating protesters, was deliberate and can be very counterproductive. 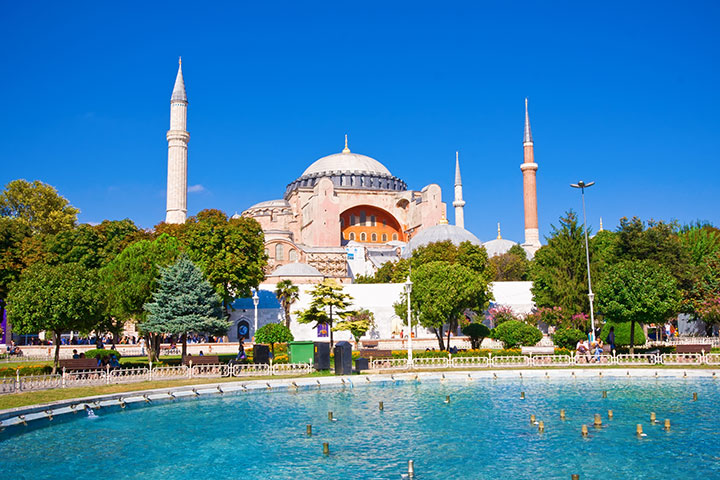 Gaza Freedom Marchers vs Egyptian Police
By Susan Schwartz, MMNS Gaza has become the central focus of the human rights struggle. Many groups have called for…