BEIJING, Aug 18 (Reuters) – The Chinese government is attempting to pass the baton of growth from state-funded infrastructure investment to the private housing sector, a risky but necessary move to sustain the economic recovery.

Construction cranes sprouting in big cities, busy furniture shops and soaring property sales all show that the transition is going smoothly so far, though officials are wary that house prices may rise too high, too quickly.

On the ground, construction firms, big and small, are trying to meet the demand, last yearsâ€™ downturn now a distant memory.

â€œItâ€™s been a long time since weâ€™ve had a day off. Several months, I think, though I canâ€™t remember exactly,â€ said Zhang Minghui, owner of a small building company in Beijing.

â€œFrom late last year to early this year, we basically had nothing to do. Everybody was careful with their money because of the crisis and so projects got delayed.â€
Zhang cut his staff to three in November but is now back up to a crew of 14.

The economic importance of the property sector in China is hard to overstate. Investment in residential housing accounted for about 10 percent of gross domestic product before a property boom turned to bust in 2008, roughly the same as the contribution from the countryâ€™s vaunted export factories.

The governmentâ€™s first steps last year to revive the stalling Chinese economy were to offer tax cuts to encourage home purchases, followed by rules to ease access to mortgages.

These are bearing fruit.

With housing investment up an annual 11.6 percent in the first seven months, Chinese growth momentum is broadening out and the central government has been able to slow the pace of its stimulus spending on infrastructure.

But Beijing must strike a fine balance in its bid to kick-start the housing market.

On the one hand, it wants rising prices to persuade house hunters to stop putting off purchases and to get developers to invest in new projects. On the other hand, it is wary of prices rising too quickly, luring speculators into the market and turning it into an asset bubble, not an economic driver.

â€œBecause it is closely linked to so many industries, volatility in the real estate market will inevitably lead to macroeconomic volatility,â€ the government-run China Economic Times warned on Monday.

The housing market rebound in Beijing, Shenzhen, Guangzhou and other big cities means that prices are already back to their 2007 peak, the report noted.

While prices are high, a surge in sales has depleted housing inventories and developers need to break ground to catch up, Ken Peng, an economist at Citigroup in Beijing, said.

That the Chinese property sector is at a turning point, just getting back on its feet, is seen in the differing fortunes of shops at the Shilihe hardware market in east Beijing.

Those selling goods for early stages of construction, such as tiles, say business is strong. Vendors of lights, among the final purchases for a new home, say it is only now perking up.

â€œWe have done some sales to attract shoppers. But we have actually started scaling these back,â€ said Chen Yu, a saleswoman at Jushang Lights.

The government can take heart in how most of the real estate money has been spent to date.

Investment in property construction was up a fifth in western China — the part of the country with the biggest need for new housing — in June compared with a year earlier. Wealthier coastal areas in the east, which are already heavily built up, saw a 4.4 percent rise.

But officials are wary of another boom in housing prices paving the way for yet another bust. A handful of Chinese cities have made mortgage lending terms on second homes stiffer to try to keep speculators at bay.

Several real estate agents said the market seemed to have cooled over the past few weeks.

Shanghai Xinyi, a real estate agency in Chinaâ€™s financial centre, said transactions in August fell by half from July.

A salesman surnamed Luo at a Shenzhen branch of Centaline China confirmed that business has slowed down from its brisk pace in the first half.

â€œIt was not rare for house sellers to cancel their original contracts and lift their asking price, even if it meant paying a penalty,â€ he said by phone. â€œBut the momentum has weakened in August. We could feel the effect of the governmentâ€™s tightening-up of loans for second homes.â€

However, Dong Tao, an economist with Credit Suisse in Hong Kong, offered another explanation of the drop in transactions.

Soaring demand gobbled up whatever homes were on the market and so developers simply must build more, he said in a research note. But it takes time to buy land and obtain approvals.

â€œAfter many sites have passed the paperwork phase, we expect housing construction to rise significantly over the summer time.â€ 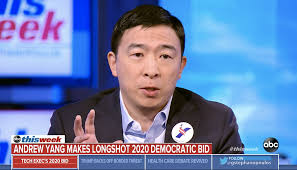 Muslim Women Are Moving Ahead Diplomatically

The Iraq Winter Soldier Hearings: A Cry in Silence?