Children of the Tyrant Mother

An ordinary woman put in the un-natural situation of raising a family without a competent masculine presence becomes a tyrant. She tries to act as both the Sun and the Earth in the Solar System of her home, and because of her nature to do things in extremus she overcompensates and creates tyranny.

The tyrant mother rules with absolute authority, and if her authority is challenged, and her will not complied with, the consequences are devastating. One woman told me that she had been beaten with a hairbrush so badly as a child, that while she couldnâ€™t remember what she had done wrong, she did remember to never again get her mother upset. In explaining the tyrant mother to another woman, I said that every one wants to be close to mother because she is the source of love, but if one gets too close to the tyrant mother she is apt to lash out and claw you. The woman screamed these words, â€œThatâ€™s exactly what my mother did when I got close. She clawed me.â€

Children naturally want to be close to mother and bask in her love, but children of the tyrant mother learn that itâ€™s safe to be near mom but dangerous to be close to her. When the children of the tyrant mother grow up, they find difficulty in being close to the opposite sex. In this age of promiscuity when having sex is done freely and openly, when virtue beyond the age of maturation is becoming a rarity, people are actually having less sex than they did 40 years ago. True sexual enjoyment requires intimacy; people cannot be intimate with a person they are unable to get close to.

Adults raised by a tyrant mother canâ€™t make personal commitments; instead they have â€œrelationships.â€ Relationships are like ice cream sodas; theyâ€™re nice while they are going down but when they are finished, they are finished. Men and women need to strive for commitments, and the best commitment known to humankind is marriage, but how can one commit if one canâ€™t get close?

Another trait of adults raised by a tyrant mother is to marry their mothers, that is, they will seek out a mate who has the same traits as mom. Men and women alike do this. They subconsciously recreate the very environment that they claim to want to get away from. Since the environment of the tyrant mother was abusive, they create abusive environments. Spousal abuse has increased in Western society because both parties look to be abused. Instead of men and women blaming each other for their abusiveness they need to look in the mirror and realize the environments that they tend to create and/or seek.

Have you seen enough? Donâ€™t you think itâ€™s time to make some changes and get society unconfused? Creating an environment in which family is central and men and women know their responsibilities and obligations to one another can bring about this change.

Next week the tyrant motherâ€™s effect on male conduct and effectiveness will be addressed. 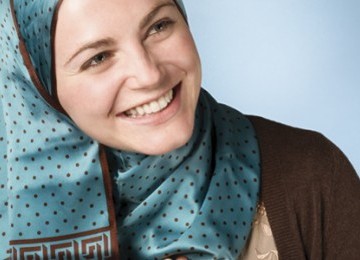 Extremism! Who Defines It
By Dr. Aslam Abdullah, Muslim Media News Service (MMNS) Sixteen US intelligence organizations concur in their assessment of the next…