By Ahmed Khan–Ahmed Khan is an  Associate Organizer, Council of Islamic Organizations of Greater Chicago.

A crucial resolution has recently passed in the Illinois Senate during the 96th General Assembly session for 2009 which helps pave the way for the introduction of Arabic language instruction in the stateâ€™s public schools. . The resolution is SJR0068 â€“â€œTo encourage school districts in this State to explore the introduction of Arabic as a foreign language in their curriculum.â€ The joint resolution was passed through the Senate Committee on May 30th and was adopted by the Senate.

Advocacy for this resolution was the effort of the Council of Islamic Organizations of Greater Chicago during their Muslim Action! Day event where 500 Illinois Muslims went to Springfield to promote this cause.  Although this is not legislation and the matters of school curriculum is planned by the local school districts, the passage of such a resolution by the Illinois Senate sends a powerful message to the local levels to create an atmosphere of open mindedness and interest regarding the implementation of Arabic in schools. It provides strong leverage for interested community members to initiate dialogue with the support of their legislators.

Last year, the Chicago Public Schools recently re-allocated $1 million for a select number of schools to teach foreign languages including Arabic in an effort to expand their Critical Language Program. There are federal grants available for schools interested in Arabic language instruction. Arabic is currently offered in only seven Chicago schools; however introduction of Arabic in suburban schools has faced some opposition such as in School Districts 229 and 230. Implementation of Arabic curriculum would be an asset on many levels to both Muslims and non-Muslims and passage of this resolution is a strong step forward.

On May 30th, a Free Legal and Financial seminar for Mosques and Muslim Non-Profit Organizations was organized by the Council of Islamic Organizations of Greater Chicago and California based Muslim Advocates. The event was also co-sponsored by numerous local law firms and the Chicago Muslim Bar Association. Close to 70 administrators and community leaders from the greater Chicago land area attended this informative seminar held at Elmhurst College. Representatives from ICNA, Downtown Islamic Center, Muslim Community Center, and the Islamic Center of Naperville attended among others.

Omari Kamal, Finance Manager at the Inner City Muslim Action Network, said, â€œLegal and financial issues pertaining to Muslim organizations are quite unique but common within the community itself. The information is so hard to get or obtain with specifics and Muslim Advocates holding such a seminar was very resourceful. It is important we create benchmarks for all organizations to model themselves after.â€

Saleem Sheikh, Board Member of Islamic Foundation of Villa Park and Treasurer of the CIOGC said, â€œThere are a lot of people who are active and form organizations but do not realize the legal and financial aspects of running Muslim organizations. They are not all experts in these fields and this seminar raises the importance of both being aware and involving legal and financial experts in the process.â€ 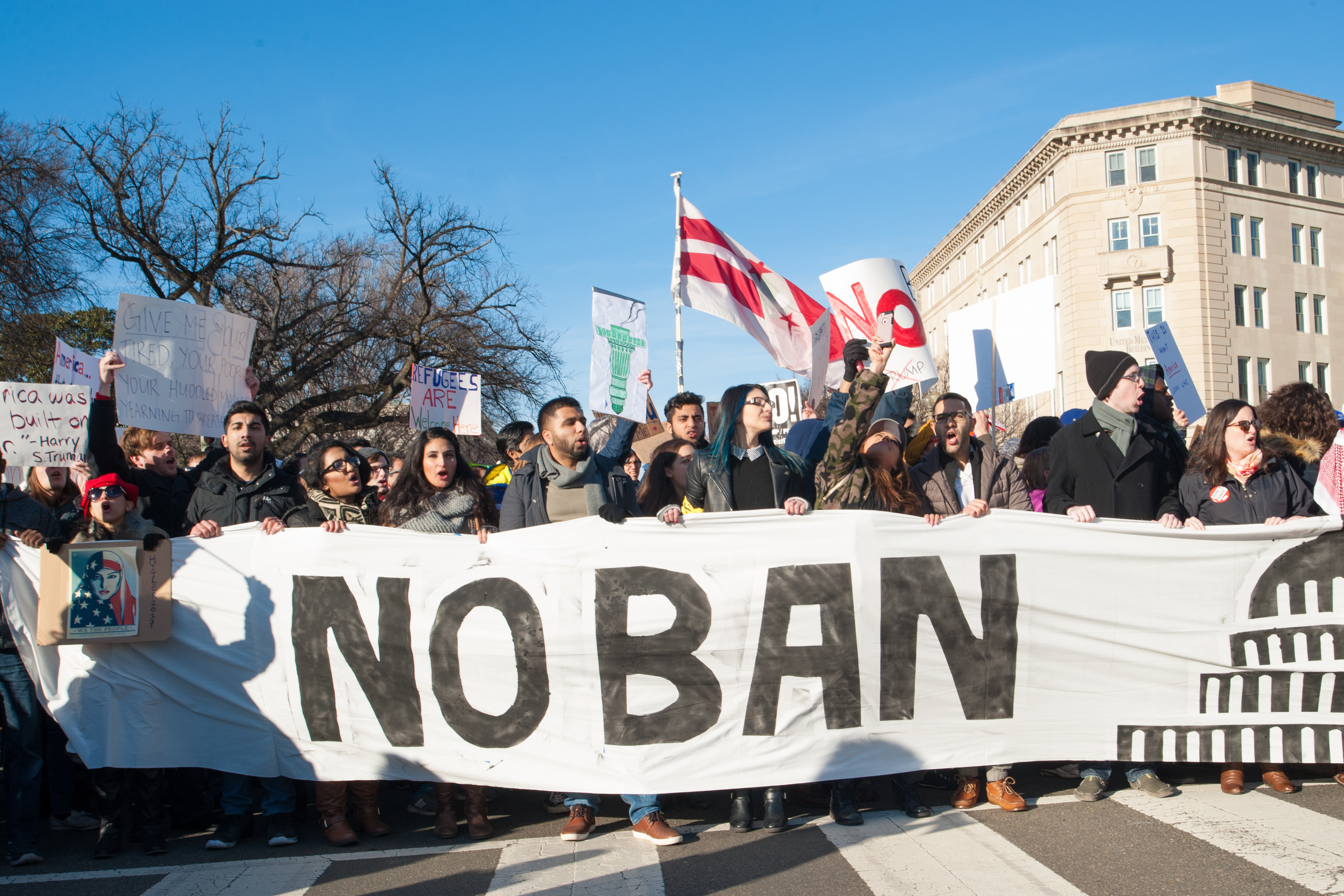 Taking direct aim at Trump’s xenophobia, House Democrats pass NO BAN Act
by Aysha Qamar For the past four years, advocates nationwide have been fighting the Trump administration’s xenophobic policies, including the Muslim…

Eyewitness to the Fight for Freedom in Libya