Can We Teach a Dual Narrative?

The report of a new study of Israeli and Palestinian textbooks commissioned by the Council of Religious Institutions of the Holy Land is causing quite a stir, especially in Israel (the government of Israel is already rejecting it as biased). Apparently, the authors of this report – Professor Daniel Bar-Tal of Tel Aviv University and Professor Sami Adwan of Bethlehem University – discovered that both sides in the conflict see themselves as the primary victims and that both sides do not teach the historical narrative of the other side. What a shock!

I and many other people in Israel and Palestine who are familiar with the situation here for the past several decades could have saved the US State Department a lot of money and the researchers a lot of time by telling them that this would be the conclusion of the report. It has been obvious to anyone involved in peace education in this region – as I have been for the past 22 years – that both sides to our conflict only teach their own narrative and basically negate the narrative of the other as false and therefore inadmissible in their school systems.

There was a brief period, which hardly anyone remembers, when the Labor government was in power and Yossi Sarid was Minister of Education, when it was permissible in Israeli schools to teach the Palestinian narrative a bit, and even to teach the poetry of the famous Palestinian poet Mahmoud Darwish. But since Kadimah and then Likud returned to power, it is no longer allowed, Heaven Forbid!
In fact, a high school teacher in the Negev by the name of Michal Wasser – she once taught one of my daughters history in high school in Jerusalem many years ago – was still daring to teach both the Israeli and Palestinian narratives in her high school in recent years using an experimental booklet prepared by Professor Sami Adwan and another Israeli professor of education. When this became known to the head of the Pedagogical Secretariat in the Israeli Ministry of Education, she was summoned and informed that, according to (Likud) government policy, such a dastardly educational act is not permitted in the current state of Israel.

In our conflict, the Israeli-Palestinian conflict, we really do not teach objective history. Rather, both sides continue to teach ideological history, which they know does not represent the full truth, but since they are both addicted to ideology, they cannot allow themselves to reveal to their students the basic truth, which is that both sides in the conflict understand and portray the historical conflict which we have been involved in for the past 100 years only through nationalistic ideological lenses.

Many years ago, after the signing of the Oslo Accords, in September 1993, many of us in this field in Israel thought that the situation was going to be different. In that same year, I wrote an article for an American Jewish newspaper in which I said that we were â€œin the era of peace.â€ During that same year, I convened a group of Israeli and Palestinian educators who met for three years, from 1993-95, in a project we called â€œEducating about each other in the era of Peace.â€ After Prime Minister Yitzhak Rabin of blessed memory was assassinated in Fall 2005, we changed the name of the project to say â€œin the beginning of the era of peace.â€ It is so long ago that no one remembers now how optimistic we were back then!

On the second day of a two day seminar in the third year of the project, I chaired a panel called â€œHow will we educate about each other in the future?â€ As moderator of the panel, I asked: â€œDo you think that in 10 or 15 years (17 years have now gone by!) someone will come from the West – from Harvard or Oxford or somewhere – and write a new history of the Israeli-Palestinian Conflict, incorporating both narratives?â€ A Palestinian professor who had come to the seminar from Al Najah University in Nablus answered by saying: â€œYes. That will happen. But in the meantime, we each will continue to tell our own story!â€

And we are still telling our own stories.

In contrast, when I attended an interreligious conference in East Germany in 1990, the year after the fall of the Berlin Wall and the end of Communism, I visited the Buchenwald concentration camp near Weimar. At the entrance to this museum, they screened an old East German film about the camp, in which they told about how the Bolsheviks fought the Fascists and vice versa, but there was no mention of Jews.

The next year my wife and I attended an interreligious conference in Warsaw, following which we visited Krakow and then Auschwitz-Birkenau, where a young Polish Catholic law student – who had just spent a month studying at Yad Vashem in Jerusalem – was our guide and focused totally on the Shoah and what happened to the Jews of Europe.

In other words, once Communism fell, the people in Eastern Europe stopped teaching history by outdated ideologies which were patently false and narrow-minded.

When the walls fall down in our conflict – not just physically but also psychologically – then we will change the way that we teach about the other, not only in history classes but in classes about religion and in many other places in the formal and informal curricula, including what we teach in churches, synagogues and mosques.. In the meantime, we continue to teach ideological history because we have not yet decided that in order to live with the other in peace, we need to really deeply understand how he or she actually thinks and lives.

When we sign a peace treaty – which one of my friends calls a piece of paper – we must realize that we will need an educational appendix which will begin to lay the groundwork for learning about each other genuinely and sincerely for the purpose of how to learn to live together in peaceful coexistence for the future. 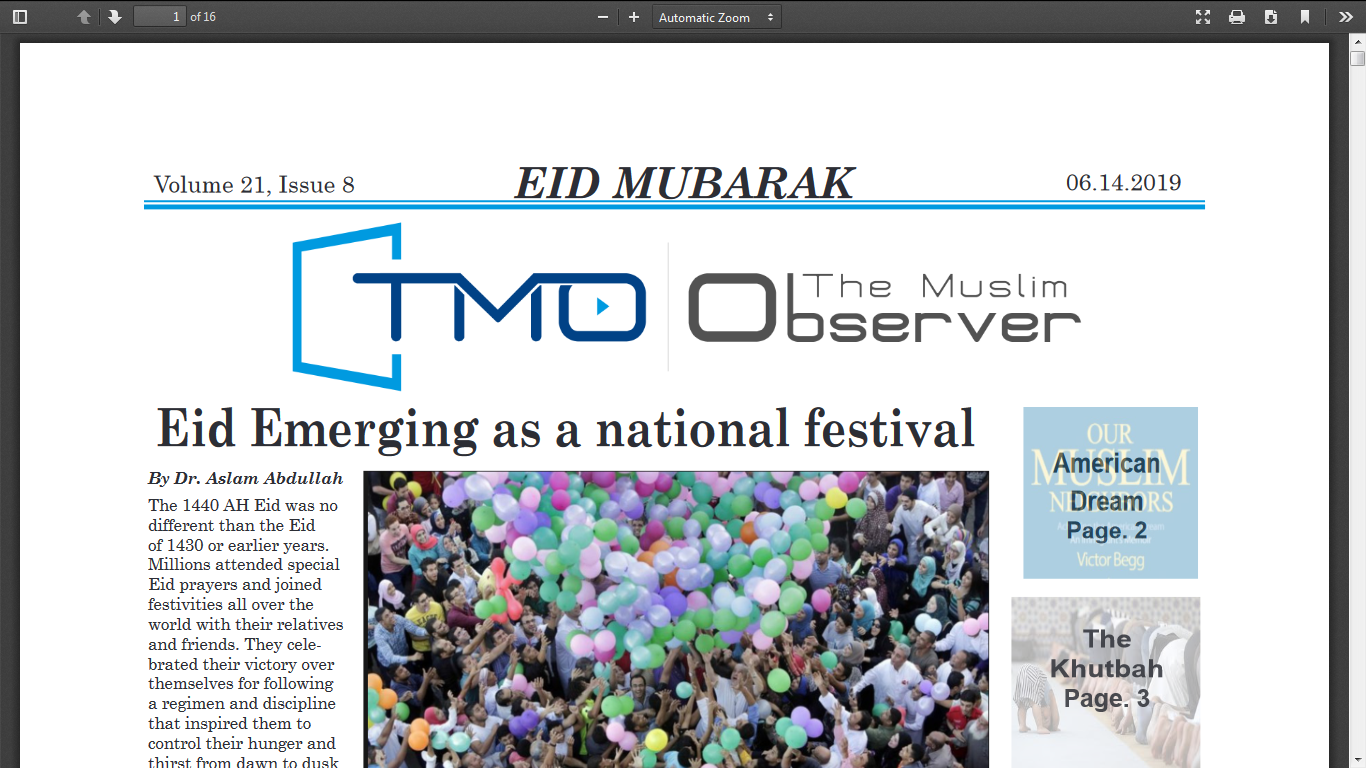 © 2020 MuslimObserver.com, All Rights Reserved
My Name is Khan and… It Has Happened Here in America: The Police State is Real
Scroll to top