TEANECK, N.J.–Youâ€™d like to think thereâ€™s just a feel-good story in the unlikely selection of Mohammed Hameeduddin as mayor of this diverse Bergen County town that is increasingly a stronghold of Orthodox Jews.

And, on balance, thatâ€™s probably the bottom line: a Muslim, who first got involved in local politics when his mosque was planning to expand, was picked by his fellow town council members, 5-to-2, as the townâ€™s new mayor on July 1.

â€œTeaneck is not perfect,â€ said Adam Gussen, an Orthodox Jew and a friend of Mr. Hameeduddinâ€™s since middle school and the new deputy mayor. â€œWeâ€™re not a shining Camelot beacon to all, but weâ€™ve done a lot of great and noteworthy things we can be proud of, and this shows we still have the ability to get it right.â€

Still, the posting of â€œNational Brotherhood Weekâ€ on the Teaneck Progress blog wasnâ€™t a kumbaya moment, but the acidly satiric Tom Lehrer song suggesting that life is pretty much the opposite. And if the dominant story line was Mr. Hameeduddinâ€™s ascent to the mayorâ€™s chair, there was also bitter disappointment in Teaneckâ€™s black community and intimations of discrimination when another council member, Lizette B. Parker, who had been the deputy mayor and was the top vote-getter in the May election, failed to become the first black woman chosen as mayor.

Sigh. Lifeâ€™s complicated, particularly in this racially and ethnically diverse town, which became famous in the 1960s as the first community in the nation with a white majority to voluntarily desegregate its public schools. Itâ€™s certainly complicated now, with a powerful Orthodox community and 15 synagogues in a town of about 39,000 that is also almost 30 percent black, has a growing Latino population, and enough of a Muslim community to support two mosques and contentious local politics.

Religion aside, thereâ€™s a pretty traditional tale in Mr. Hameeduddinâ€™s rise from the son of immigrants from Hyderabad, India. His father, Mohammed Hameeduddin Sr., was a founding member of the Darul-Islah Mosque in Teaneck. The younger Mr. Hameeduddin, an entrepreneur now working in title insurance, is remembered by classmates as one of the cool kids at Teaneck High School, where he and Mr. Gussen graduated in 1991. Friends called him Mo and he is still fondly remembered for the sleek Champagne-colored Ford Probe he drove. (Mr. Hameeduddin, saying heâ€™d had too many interview requests and didnâ€™t want to call undue attention to himself, declined to be interviewed.)

HE first became interested in public life after 9/11 when he decided to speak out about misperceptions of Muslim culture. After getting involved in the mosque issue, he served on the town planning board from 2006 to 2008 and then on the town council.

As a result, Mr. Hameeduddinâ€™s election got a lot of publicity. But it seems few in Teaneck took much notice of his religion and ethnic background.

â€œI donâ€™t care,â€ said Rabbi A. S. Teicher, who runs a small religious shop off the main drag of Cedar Lane. â€œAs long as he does the job, why should I have a problem with what he does at home?â€

Not everyone was so blasÃ© about the results. Before the decision was made, supporters of Ms. Parker were quite pointed in raising issues of race and gender, saying there was no good reason she should not get the job.

And Barbara Ley Toffler, who cast a dissenting vote along with Ms. Parker, said Mr. Hameeduddinâ€™s appointment had more to do with the council majorityâ€™s instincts to slash spending than any feel-good vibrations. â€œItâ€™s not a sweet and happy story,â€ she said. â€œIt doesnâ€™t matter if they are Muslims or Jews. My concern is this will harm the town and harm the schools.â€ (Or, more positively, finally a way to bring Muslims and Jews together: the current vogue for cutting taxes and government spending.)

Still, the mayorâ€™s job has only symbolic power. Being the leading vote-getter or the deputy mayor, it turns out, has never been a good predictor of being mayor in Teaneck. And to some, civic discord along race or ethnic lines is a slightly tired story line. â€œTaking umbrage is like a sport in Teaneck,â€ one online poster wrote.

Mr. Gussen compared the cityâ€™s diversity and contentiousness to the trees that are also part of the city fabric. It can make life difficult â€” as the falling trees that led to two deaths in a March storm did, or differing communities that find themselves at odds do â€” but it is also makes Teaneck what it is, he said. 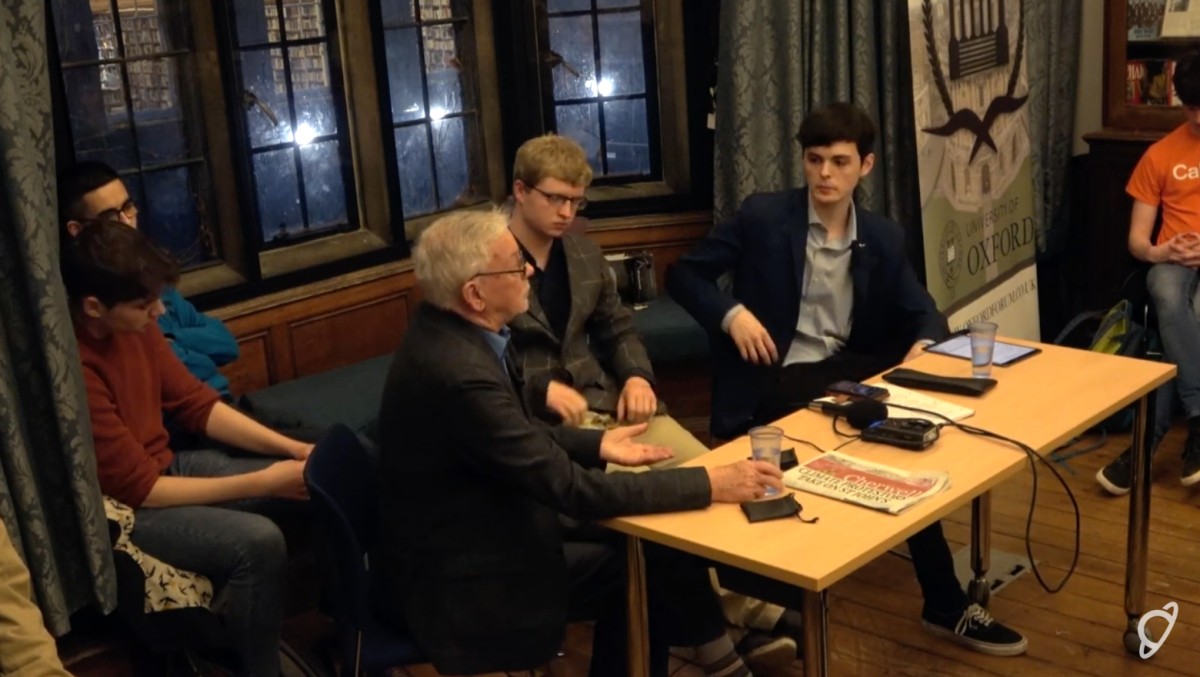 A Muslim Reviews Atheist-Christian Debate on Religion and Morality

Yemen Celebrates as Saleh Flees for Treatment, But Will He Be Back?