Following the reprehensible attack on Christian homes in Lahore, a spine-chilling, grotesque image of an arsonist cheering over the burning flames went viral. One wonders what sort of man thumps his chest over destroying innocent lives and how human beings can become capable of such naked, audacious sadism that seeks justification in a faith that decrees â€œWhosoever harms a non Muslim citizen of a Muslim state, I shall be the complainant against him on the Day of Judgement.â€ (Sahih Bukhari)

Throughout history human beings have shown themselves to be capable of wreaking terrible destruction and causing great suffering- from burning â€˜witchesâ€™ at the stake, crucifying Godâ€™s noble messengers, butchering refugees in sacred precincts, gassing Jews at Auschwitz, to the nationalistic wars of the twentieth century, the liquidation of millions in nuclear destruction and poisoning of the biosphere through relentless commercial-industrial activity.

Yet Jeremy Rifkins in his phenomenal book â€˜The Empathic Civilizationâ€™ insists that human beings are â€˜Homo Empathicaâ€™, that is, defined and distinguished for the ability to empathize. He writes, â€˜Human beings are soft-wired to experience othersâ€™ plight as if we were experiencing it ourselves.â€™

Empathy allows us to stretch our sensibility to another so we can cohere into larger social groups. It is curbed and limited by defining these social groups through narrow, parochial banners of ethnicity, nationalism, race and creed so that the empathic drive does not extend to the out-group . The Prophet (SAW) said: â€œHe is not one us who calls for `Asabiyahâ€™, (prejudiced, parochial associationâ€ (Abu Daud.) The out-group is then â€˜otherizedâ€™, made out of the reach of our empathy. This creates indifference and apathy towards the suffering of people belonging to a different classification. However, a more severe form of limiting and deflecting the empathic impulse is dehumanization of the other â€˜as flies to the wanton boysâ€™, often institutionalized by the social superstructure: state and government, media, education, religion. Through stereotyping, essentialism, ethnocentrism, prejudice and propaganda as well as censorship and selective relaying of information to the public, minority groups and those whose interests clash with or threaten oneâ€™s own are systematically dehumanized and even demonized to appear less than human despicable, lower-order bestial â€˜othersâ€™ whose eradication may not be of any great loss to human civilization. In the process we forget that as members of the human family, we all share a common, precarious existential predicament- our â€˜little lives rounded with a sleepâ€™- on a little finite planet in the mystifying universe.

Der Spiegel carried a report last year on the psychology of American drone operators whose button-clicking while reclining in plush chairs in air-conditioned offices decrees death to anonymous distant targets. The method of modern technological warfare seems to be designed to keep empathy at bay- the victim is invisible and remote, represented by a red dot on a laser screen, annihilated by a light, single click. Drone pilot Vanessa Meyer said, â€œWhen the decision had been made, and they saw that this was an enemy, a hostile person, a legal target that was worthy of being destroyed, I had no problem with taking the shot.â€ (Nicola Abe: â€˜Dreams in Infraredâ€™) Gitta Sereny writes of Fratz Stangl, the annihilator of thousands at a Nazi camp: â€œPrisoners were simply objects. Goods. That was my profession,â€ he said. â€œI enjoyed it. It fulfilled me. And yes, I was ambitious about that, I wonâ€™t deny it.â€ When Sereny asked Stangl how as a father he could kill children, he answered, â€œI rarely saw them as individuals. It was always a huge mass. [T]hey were naked, packed together, running, being driven with whips.â€ (Chris Hedges: The Careerist)

Few and far between, there may be those whose empathy grows militant and unkillable. Brandon Bryant was able to humanize his victims in his drone operations_ he noticed the details of their lives and patterns of behaviour akin to his own. â€œI got to know them. Until someone higher up in the chain of command gave me the order to shoot.â€ He felt remorse because of the children, whose fathers he was taking away. â€œThey were good daddies,â€ he says . He felt â€˜disconnected from humanityâ€™ while at his job, going through terrible unease and remorse. Having quit his job, he wrote in his diary, â€œOn the battlefield there are no sides, just bloodshed. Total war. Every horror witnessed. I wish my eyes would rot.â€ (Nicola Abe: â€˜Dreams in Infraredâ€™)

Perhaps the most integral parts of this institutionalized dehumanization embedded in the superstructure of modern industrial society are the â€˜Careeristsâ€™- the good men and women efficient at their jobs that make the system function. Chris Hedges describes them as â€˜… armies of bureaucrats serving a corporate system that will quite literally kill us. They are as cold and disconnected… They carry out minute tasks. They are docile. Compliant. They obey. They find their self-worth in the prestige and power of the corporation, in the status of their positions and in their career promotions. It is moral schizophrenia. They erect walls to create an isolated consciousness. They destroy the ecosystem, the economy and the body politic… They feel nothing. And the system rolls forward. The polar ice caps melt. The droughts rage over cropland. The drones deliver death from the sky. The state moves inexorably forward to place us in chains. The sick die. The poor starve. The prisons fill. And the careerist, plodding forward, does his or her job.â€™

In Pakistan religion is increasingly used as one of the most powerful means of deflecting empathy from those outside the faith and sectarian affiliation. Religious intolerance in a culture of violence and anger is a fatal mix and has gone on a bloody rampage.  While the causes, factors and agents responsible for the ongoing madness are complexly intertwined, the resistance, rejection, counternarrative and healing that ought to have come from the representatives of religion in this part of the world has been inadequate, half-hearted, ambiguous and equivocal. The voice of condemnation from the pulpit is faltering, and this has been extremely damaging in a number of ways. The contemporary discourse of political Islam in Pakistan is heavily lopsided, selectively highlighting the plight of victims of American, Israeli and Indian misdemeanours (which certainly are important human rights issues), while keeping mum or issuing periodic enfeebled and rhetorical statements of condemnation over the plight of minorities and other innocent victims of those committing violence in the name of religion.

For Islamist groups, the cost of this silence has been and will be crushingly enormous. The disappointment felt by members of the civil society and educated youth over a criminal silence and inability of the religious leaders and scholars to rise to the occasion and give clarity to the public with a single voice has been shattering. This has not only alienated scores of good, intelligent people belonging to Pakistanâ€™s educated urban middle and upper classes from Islamic groups and organizations but in many cases from the faith itself.  A colleague posted the picture of the gleeful arsonist with the comment, â€˜Happy mob rightfully burns down Christian homes. Another great day for Islam. Another victory against the forces of evil.â€™ While this is an extreme reaction showing inability to draw a line between despicable, crazed fanatical elements and the faith itself, but it increases the onus on spokespeople of religion to address the burning issues that blur the lines.

Going to college in Pakistan shortly after the U.S declared all-out â€˜war on terrorâ€™ and invaded Afghanistan and Iraq, I witnessed scores of young people around me turning to Islam, primarily out of empathy for the Muslim victim, the underdog. In this country, the Islamist persona has now understandably metamorphosed into a perpetrator devoid of compassion, rationality and empathy, and this has alienated and repelled hundreds of thousands, resulting in a completely opposite trend that I, now an educator, see around me: a clear de-Islamization of Pakistanâ€™s urban educated youth. While there also is a swing in the opposite direction, but the de-Islamization trend is clearly on the rise, understandably fuelled by the aforementioned.

Islamists in Pakistan are not cognizant of this terrible loss as they perceive themselves to be locked up in a crusade against the onslaught of the West, the secularists, the Zionists et all. Any voice calling for the need to provide clarity, answers and solutions is dismissed as â€˜Westernizedâ€™, â€˜secularizedâ€™, â€˜liberalized,â€™ hence misguided and insincere, unworthy of serious consideration.

The narrative in Pakistan needs a rethink: the ethos of the Quran is the extension of identity to embrace the human race as fellow sojourners held together by a common human nature and destiny: â€˜Mankind is but a single nation, yet they disagree.â€™ (2:213) Secondarily, we are taught to understand our responsibility towards those outside the faith fraternity not merely through divine directive but lived example and established paradigm.

In 628 C.E. Prophet Muhammad (s) granted a Charter of Privileges to the monks of St. Catherine Monastery in Mt. Sinai:

â€˜This  is a message from Muhammad ibn Abdullah, as a covenant to those who adopt Christianity, near and far, we are with them.

Verily I, the servants, the helpers, and my followers defend them, because Christians are my citizens; and by Allah! I hold out against anything that displeases them.
No compulsion is to be on them.

Neither are their judges to be removed from their jobs nor their monks from their monasteries.

No one is to destroy a house of their religion, to damage it, or to carry anything from it to the Muslimsâ€™ houses.

Should anyone take any of these, he would spoil Godâ€™s covenant and disobey His Prophet. Verily, they are my allies and have my secure charter against all that they hate.

No one is to force them to travel or to oblige them to fight.

The Muslims are to fight for them.

If a female Christian is married to a Muslim it is not to take place without her approval. She is not to be prevented from visiting her church to pray.

Their churches are to be respected. They are neither to be prevented from repairing them nor the sacredness of their covenants.

No one of the nation (Muslims) is to disobey the covenant till the Last Day (end of the world).â€™

Empathy humanizes and civilizes. Its suppression intensifies secondary drives like narcissism, materialism, violence and aggression. The task of religion, education and the media must be to bring out the empathic sociability stretching out to all of humanity and prepare the groundwork for what Rifkins has called an â€˜empathic civilization.â€™

Mercy and gentleness, said the Prophet (SAW), are defining traits of believers: â€˜Allah is gentle, and He loves those who are gentle.â€™ (Sahih Muslim)   Mercy and gentleness beautify the spirit: â€œWhenever kindness is in a thing it adorns it, and whenever it is removed from anything, it disfigures it.â€ [Muslim]

Empathy is engraved into the core of our consciousness as human beings- that softest part inspired from the Divine Ruh (Spirit). Those who confine or deflect it are on the wrong side of humanity and history. In the long run, their narrative will lose out and historyâ€™s merciless verdict against them shall be ineradicable.

Maryam Sakeenah is a Pakistan-based independent researcher and freelance writer on International politics, human rights and Islam. She divides her time between teaching high school, writing, research and voluntary social work. She also authored a book â€˜Us versus Them and Beyondâ€™ analyzing the Clash of Civilization theory and the role of Islam in facilitating intercultural communication. 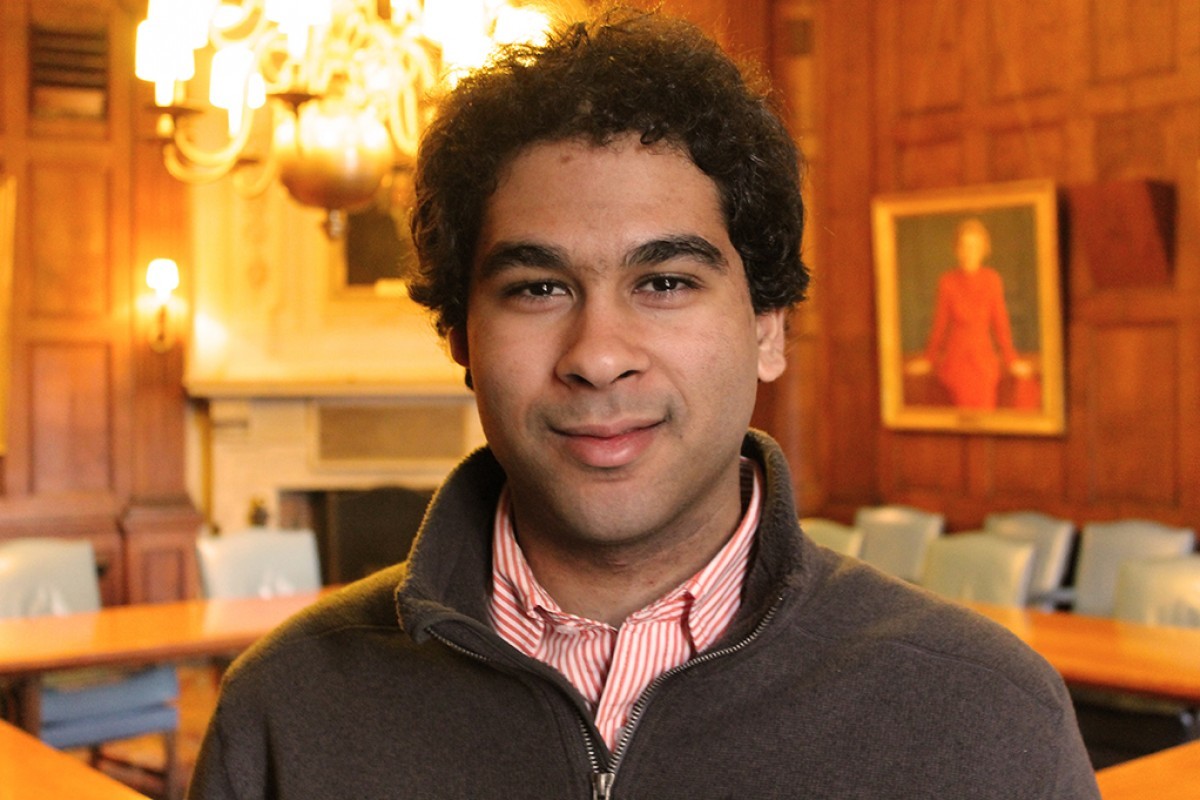 Open Letter Re. Muslim Rohingyas in Thailand
Press Release On behalf of entire Rohingya community, we, the members of the Free Rohingya Campaign (FRC), would like to…