The Human Rights Youth Coalition, PYM and USPCN (U.S. Palestinian Community Network) Detroit organized this protest to commemorate that Jerusalem will remain the capitol of Palestine despite the 70 years of illegal occupation.

When declaring that the U.S. would now recognize Jerusalem as the capital city of Israel,” President Trump said, “it is nothing more or less than a recognition of the reality; yet this statement about the reality has caused great distress, unrest and anger in a large part of the world. The sad fact is that one country’s reality is not perceived by other country’s as the actual truth.”

When declaring Jerusalem as the official capitol of Israel, a bill signed in 1995 states that the U.S Embassy will be moved there. Prior, Presidents Bill Clinton, George Bush and Barack Obama chose to implement a presidential waiver. However, President Trump refused to sign the waiver and officially declared that Jerusalem is the capitol of Israel.

Pope Francis has stated several times that Jerusalem is a holy city for Christians, Jews and Muslims, and the status quo for the city should be preserved.

According to the Daily Sabah, the “German government does not support this position, because the status of Jerusalem is to be resolved in the framework of a two-state solution,” German Chancellor Angela Merkel said.

The tension from the protesters in Ann Arbor is just one of the several outbursts from the public denying that Jerusalem should be up for negotiation.

The community made it evident that Jerusalem is more than just a city for them. Protesters felt passionate about how their home was stolen from them. Others joining the protest felt it was unfair to put a label on a city that has always been welcome everyone. The protesters call Jerusalem a home to all palestinians and ethnic backgrounds that want to practice their religions in peace.

For more information about the Al-Quds day commemoration of Jerusalem and Palestine, check out the Facebook event, https://www.facebook.com/events/1675783545832290/?active_tab=about.

To learn more information about the organizations that were able to make this protest a reality check out their websites. 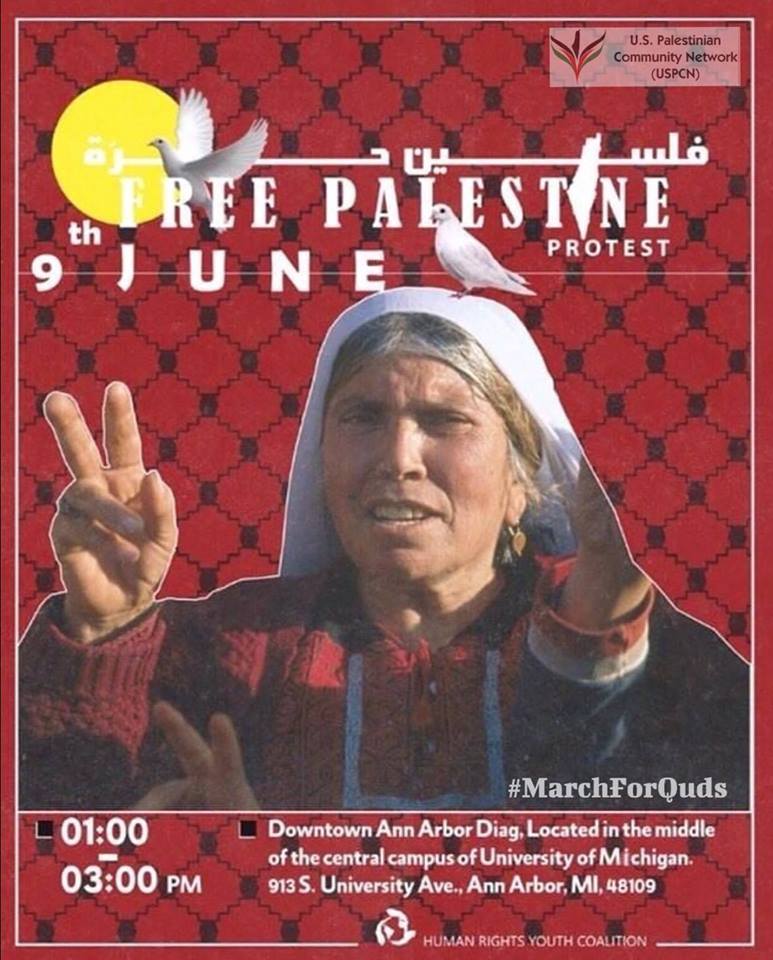 © 2020 MuslimObserver.com, All Rights Reserved
Muslims in China Are Living in Concentration Camps

Resisting Islamophobia Iftar: A Night Of Community
Scroll to top