Readers of The Muslim Observer will be familiar with the dedicated work of human rights activist, Mary Hughes -Thompson. Beginning with her travels a decade ago under the auspices of the Christian Peacemaker Teams and including her work with the International Solidarity Movement (ISM), we come now to her most recent attempt to be part of the second flotilla to Gaza. Mary has been a tireless fighter for the rights of Palestinians.

Ms Hughes-Thompson was part of the original Free Gaza Movement and sailed aboard one of the two ships that broke the decades long Israeli siege of Gaza along its Mediterranean coast in August 2008. She has made numerous trips since then and was part of a three woman communications operation on Cyprus during the first flotilla attempt in 2010. She was one of the first people to receive the news of Israeli piracy aboard the MAVI MARMARA.

Ms Hughes has made public appearances since her return from Greece where the ship she was on was interdicted by the Greek Navy. She has agreed to speak to The Muslim Observer in depth about her experiences.

TMO: You have done so much and travelled so many miles for Palestine, you must at some point have wanted to skip this trip with its attendant risks. Could you share your feelings and what, in the end, compelled you to go?

MHT:  Traveling to and inside Palestine is something I have always found to be physically and emotionally exhausting.   Also as a senior on a fixed income I have to make a lot of sacrifices in order to cover the extensive travel costs involved, as of course do all of us who make Palestine a priority.  For all these reasons I felt I couldnâ€™t afford to participate in another flotilla.   As the time for departure neared, and so many of my friends and colleagues prepared to join the flotilla, I realized I needed after all to find a way to be a part of it.

Ms Thompson contacted organizers of the Turkish campaign and was told there was a strong possibility the MAVI MARMARA might not sail.

Israel had announced, following the deaths on the MAVI MARMARA in 2010, that it regarded only that ship as hostile. The other members of the flotilla were acknowledged by Israel to have non threatening humanitarian aims. It was felt that the presence of the MAVI MARMARA might give Israel the excuse to stop the flotilla. In the end, the ship stayed in port in Turkey.

TMO: Could you tell us, please, what your next step was.

MHT: I then contacted the organizers of Canadian Boat to Gaza campaign and asked to be considered as a passenger on its boat TAHRIR.   I was delighted to be accepted for  passage, and ten days later I left for Greece and the island of Crete where the boat was berthed.

At this time Greece was in turmoil due to severe domestic and financial problems.  For weeks, thousands of Greek citizens held huge demonstrations against their government.  While I felt that the people of Greece supported the Palestinian cause, it became apparent that the government could probably not withstand pressure from the governments of Israel and the US.
Nonetheless, a member of the Greek parliament went to the boat to express his best wishes.

TMO: What did he say, and did he bring the wishes of other people and/or groups?

MHT:  After the Coast Guard delayed our departure repeatedly over nearly two weeks, the Greek minister came on board TAHRIR to show support for our efforts to be allowed to leave Greece and sail for Gaza.  He promised to do his best to intercede on our behalf, assuring us that most Greek citizens supported the flotilla.

In the weeks before passengers on all the boats gathered at various Greek ports,  Israel sent its ambassadors to all of the countries whose citizens were sending boats to join the flotilla, attempting to persuade the governments to stop them from doing so. Israel also pressured maritime Insurance groups and companies which supplied satellite equipment to the ships of the flotilla, threatening  legal action if they provided their services.

Israeli journalist, freedom advocate, and TAHRIR passenger, Amira Haas wrote: â€œThe flotillaâ€™s organizers added a term from the world of business and globalization to their description of Israelâ€™s domination of the Palestinians. Israel, they said, was outsourcing the industry of the blockade on Gaza.â€

TMO: Can you describe the feeling aboard the TAHRIR – optimistic, pessimistic, wait and see?

MHT: We stayed optimistic throughout, even when we began to see it was just a game being played by Greece at the behest of Israel and the U.S.  We hoped Greece would eventually run out of excuses and let us leave.  We all wanted more than anything to sail to Gaza, but we felt that no matter what happened we were winning because of the publicity and of the shameless way Israel and the U.S. were behaving.  We felt everything just proved how scary we were to Israel.  Also, once we decided to break out and set sail, even though we didnâ€™t expect to get far, we were euphoric and were almost as excited as if we truly were on our way to Gaza.

TMO: Can you tell us something about your fellow passengers aboard the TAHRIR? Were the passengers an eclectic mix? Were various peace groups represented?

MHT: The participants called theirs the A-B-C-D group;  while most passengers were from Canada, there were contingents from Australia, Belgium and Denmark which had helped raise the money to buy TAHRIR.  All of the training was conducted in French and English, and we became close friends. Though not well known in the U.S. we had several participants who are well known leaders in their own countries.  Also Kevin Neish who was on board the MAVI MARMARA last year.  He and Amira were to be on the MAVI this year but transferred to TAHRIR when MAVI dropped out)
{ Note from TMO that a list of passengers and their specifics can be found on their web site: www.tahir.ca.}

Spokespersons for each boat told of the same unrelenting demands by the Greek Navy and the same tedious excuses – the need to see papers, papers, and more papers; finding fault with the size of the berths, and inadequate temperature control. In the end, no one was allowed to leave Greek coastal waters.

TMO: When you were boarded by the Greek Navy after you began to sail absent permission, were you frightened? Did you think you would be arrested?

MHT:  I wouldnâ€™t say any of us were frightened because we hadnâ€™t found any of the Greeks to be hostile to us.  When they boarded with guns drawn they certainly were serious about stopping us, but they didnâ€™t attack any of the passengers.  I personally found it somewhat intimidating because I realized how helpless we would have been if it had been Israelis who would be very brutal and would have no consideration for our safety, no matter how old we were.

TMO: Tell us about the medicines aboard the TAHRIR. Had you reached Gaza what would have been the next step in their distribution?

MHT: Our two doctors (one Belgian, one French-Canadian) told us we had $30,000. in much needed medicine.  They said it was chosen  very carefully because it was important medicine that was completely unavailable in Gaza and which would save lives.  We saw it ourselves, and saw the earliest expiry date was 2014.

Amira Haas has noted that the primary problem in Gaza is not starvation. Food is brought in via tunnels albeit at an inflated price. And the Palestinians in Gaza take care of one another. The real problem is freedom. By separating the West Bank from Gaza the public can easily forget that Gaza is Palestine. Prisoners released from incarceration in the West Bank are often sent to Gaza where they cannot leave. This is a life sentence for them.

TMO: Can you tell us your hopes for true freedom for the people of Gaza?

MHT: My hope is that as the world community becomes increasingly aware that Israel is the primary cause of all the violence in Palestine, Israel will find itself even more isolated and unable to continue getting away with masquerading as the victim.   Facebook and social networking have been very important in educating more and more people to what is happening, and I believe these people are increasingly on the side of Palestinian rights.

TMO: Despite the failure of the flotilla to reach Gaza so many passengers have seen good come out of the attempt. Can you comment on that?

MHT: We were disappointed, of course, because we hadnâ€™t anticipated that Israelâ€™s talons could reach so far from its own shores.  We knew our friends in Gaza were enthusiastically planning for our arrival, and that they too were disappointed once again. But I donâ€™t see it as a failure.  I see it as just another nail in the coffin of zionist Israel.  Starting with the attack on Lebanon, then Gaza, followed by last yearâ€™s massacre on the MAVI MARMARA and attack on all the flotilla boats, and finally what happened to Flotilla 2 – Stay Human, Israel finally realizes its glory days are over, and that if it doesnâ€™t made some serious changes it will soon be completely friendless.  More important, we continue to be energized by the strength and endurance of the people of Gaza and all of Palestine who have found hope from our boats.  I am so proud to have been instrumental, along with some wonderful Free Gaza colleagues, in reaching the shores Gaza three years ago, and humbled to realize all that has happened as a result of our crazy idea.

TMO: We know you do not give up. Can you tell us your plans for the next trip to break the siege of Gaza?

MHT:  The U.S. boat is still being held in Greece, clearly under orders from the U.S.  Most of the other boats have been moved to other ports, including TAHRIR. While I canâ€™t give details of future plans, I am confident there will be another flotilla.  And I will be there.  Todayâ€™s announcement from Turkey that warships will accompany future flotillas is very welcome, because we know each time we set sail we risk death or serious injury in the international waters of the Mediterranean.  We find it remarkable that Israel seems to underestimate our commitment to peace for the people of Palestine.  Each time they stop our boats, attack our boats, ram our boats, murder our passengers… thousands more around the world ask to join our next flotilla.  We will not be intimidated and we will not stop sailing our boats until Gaza and all of Palestine are free.

The Muslim Observer extends its thanks to Ms Hughes-Thompson for her time and for the great work she has done as a human rights activist. 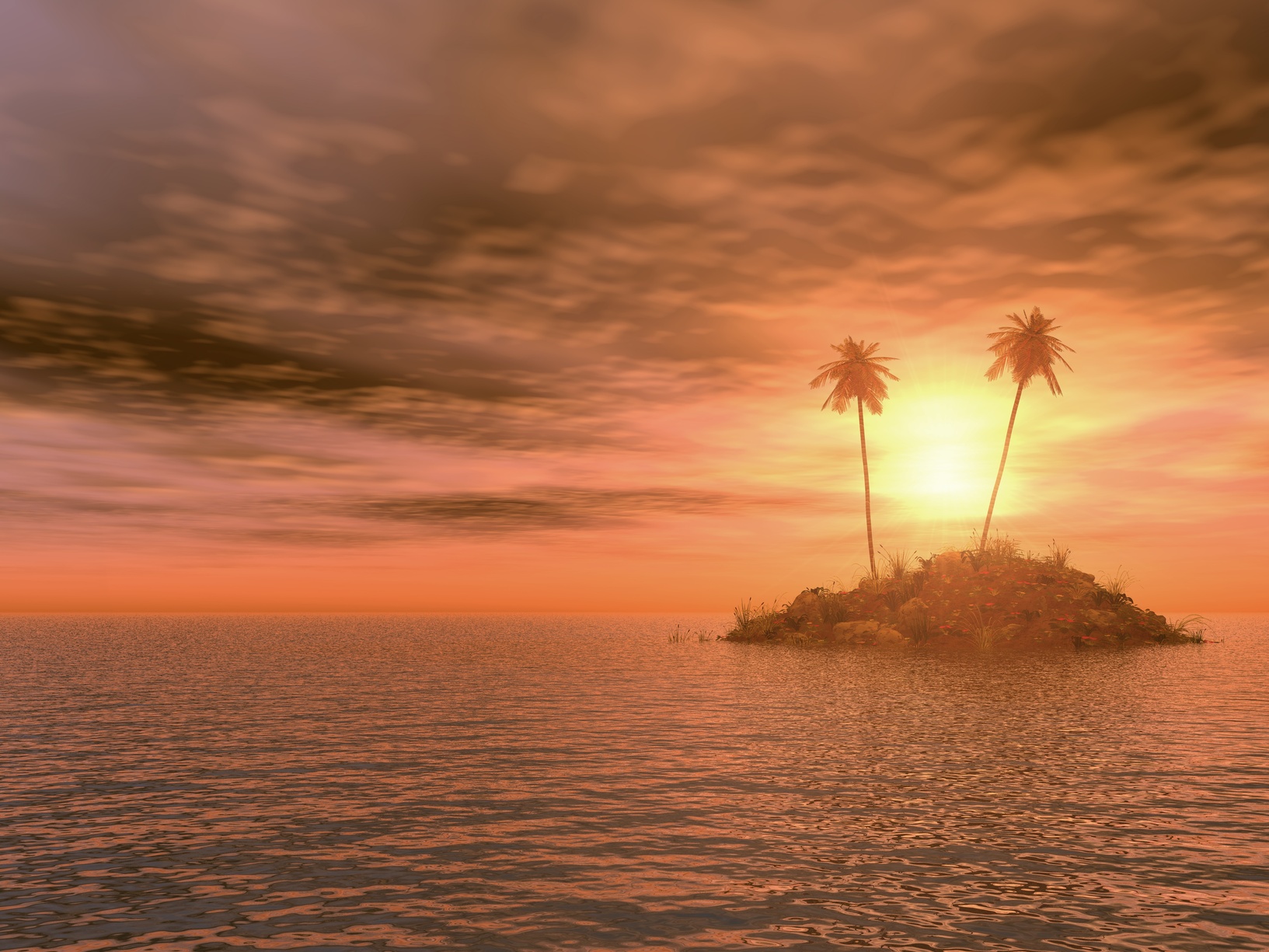