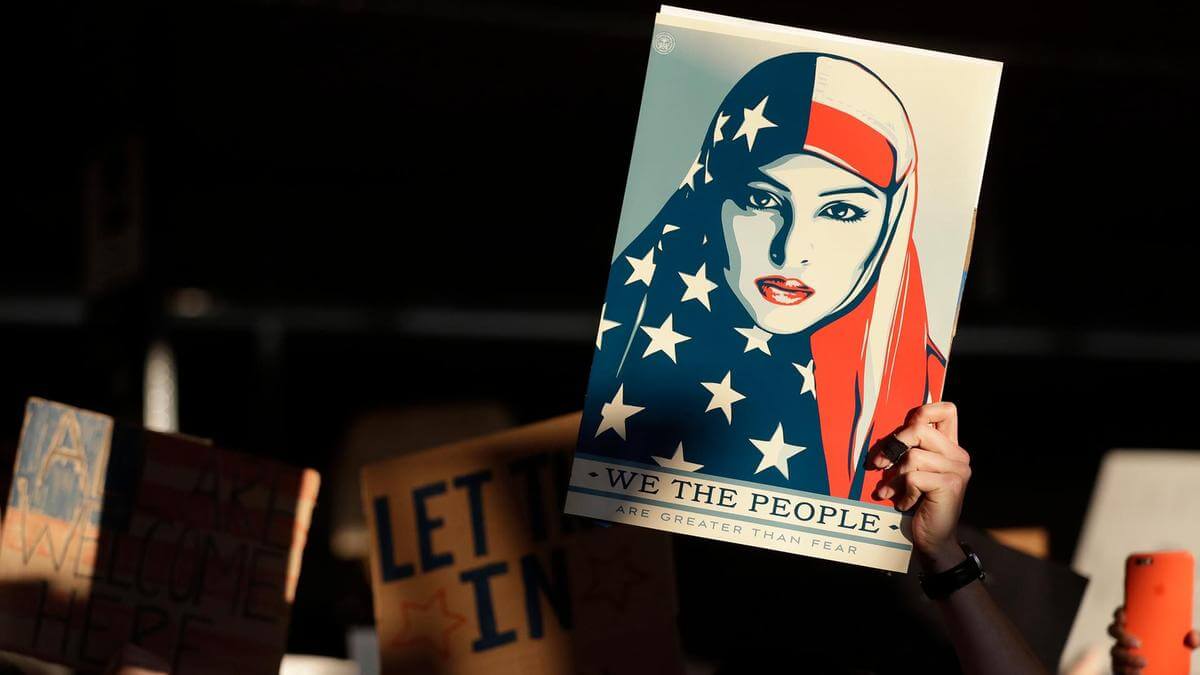 The Muslim community has a number of historical wins to celebrate as a result of this year’s election. Without any doubt, Muslim Congresswomen Ilhan Omar of Minnesota and Rashida Tlaib of Michigan won reelection alongside other members of the Squad, Alexandria Ocasio-Cortez of New York, and Ayanna Pressley of Massachusetts. Rep. André Carson of Indiana also won reelection resulting in three of the four Muslims in the House of Representatives to maintain their seats.

But these weren’t the only wins the Muslim community saw. Not only did Oklahoma make history with Mauree Turner, the first Muslim person elected to the state’s legislature and the first openly nonbinary person to ever be elected as a state lawmaker in the entire country, but other states also had firsts in electing Muslims to office. Here’s a list of them:

“There is a stereotype that women that cover, that are Muslim are oppressed, are quiet, aren’t free to be themselves, and I don’t know how anybody can look at a 27-year-old Black woman who covers and ran for office and won as somebody who’s oppressed and doesn’t speak her mind,” she told ABC News.

Her platform focuses on a number of issues including education funding reform, affordable housing, and accessible child care.

Another first for both Muslims and Muslim women was the election of Iman Jodeh to the Colorado House of Representatives. Jodeh, a community activist, educator, and daughter to Palestinian immigrants will represent Colorado’s District 41 as the state’s first Muslim lawmaker.

When asked about why she ran, Jodeh told The Colorado Sun, that running to be the first was never her intention. “I’m running because I feel like my lived experiences have the ability to influence progressive policy and move the needle in a positive and progressive way.” She added that although the state has had inadequate Muslim representation, she is proud to live there and that her election wouldn’t just be about representing Muslims, but an ally and voice for identities “across the board.”

“I think it’s important that we do honor our democracy and not squander the voice of the people,” she told The Colorado Sun. “Women fought for a very long time to have a voice and a vote. People of color fought for even longer.”

Not only did Samba Baldeh become the first Muslim elected to the Wisconsin State Assembly, but Baldeh is also the first Black man to represent Dane County in the legislature.

Baldeh, who ran in Wisconsin’s District 48, defeated Republican Samuel Anderson with 80% of the vote. As a Muslim who immigrated from Gambia to Madison, Wisconsin, Baldeh told HuffPost he hopes his win is an inspiration to both Muslims and children of color.

“Being the first Muslim to ever be elected at the state Assembly is really exciting, but also an opportunity that I am thankful for,” he said. “I am looking forward to the challenges, but obviously I’m very excited about the opportunity to serve District 48, but also to represent, not only my constituents but my Muslims, Africans, and constituents of color.”

Christopher Benjamin made history in Florida by becoming the first Muslim American to be elected to any state office. Benjamin, a lawyer and South Florida native, will represent District 107 in the House of Representatives. His platform focuses on criminal justice reform, expanding Medicaid, and speaking up on issues that affect the Muslim community.

“This election has been a great journey. I’ve been preparing for this type of office since I was an undergrad at Florida Memorial University, a private historically Black university, where I majored in political science. This is a great completion of that cycle, and to make history on top of it, is almost overwhelming.”

Nida Allam was elected Tuesday onto the Durham County Board of Commissioners in North Carolina. She will serve as one of the five women, all Democrats, who were elected onto the Durham County Board of Commissioners. Allam’s historic win coincides with the country’s decision to elect its first all female board. Prior to this, she was elected as the first Muslim to serve on the Executive Council of the North Carolina Democratic Party in 2017.

“Growing up Muslim American I never thought running for office let alone winning and making history would ever be a possibility,” Allam said.

Allam was inspired to go into politics following the death of her close friends, three Muslim students who were killed in Chapel Hill in 2015, Deah Barakat, Razan Abu-Salha, and Yusor Abu-Salah. All three students were shot in their home by a neighbor, yet the incident barely received any media coverage or attention nationwide.

“How can I be content with all the blessings I have been given in this world when there is so much to do to fight injustice, uplift one another and to make our communities healthier,” she said in a statement on her website. “I’m fighting for a better nation so that others don’t have to suffer the pain my community did.”

Abraham Aiyash elected to the Michigan House of Representatives

Abraham Aiyash was elected to the Michigan House of Representatives to represent District 4 on Tuesday. The seventh of eight children, Aiyash was born in Michigan to immigrants from Yemen. According to his campaign, he believes in hard work, giving back, and commitment to service.

“We can reimagine a politics of the possible if we’re willing to engage ordinary citizens in our democracy,” a statement on his website read.

Omar Fateh will represent District 62 in the Minnesota State Senate. He defeated Sen. Jeff Hayden in the August primary and believes in bringing “people power” in the form of community to the capitol to solve issues. His platform heavily focuses on affordable housing and partnering with community organizations.

Minnesotans “should be able to access the folks that are representing us and make sure that they’re partnering with the community,” Fateh told The Appeal. The child of Somali immigrants, Fateh hopes to “bridge the gap” between immigrant communities and American culture.

“We did it! Only in America can someone immigrate to this country, work hard, and earn the trust of tens of thousands of voters to become the first Muslim State Senator in Indiana’s history. I will work hard every day to represent all Hoosiers—including the ones who did not vote for me,” said in a statement posted to Facebook.

Zohran Kwame Mamdani was elected to represent District 36 in the New York State Assembly on Tuesday. He will serve as not only the first South Asian but the first elected Ugandan in the state. Additionally, he will also be the second Muslim to serve on the state assembly.

Indian-Ugandan New Yorker Mamdani announced in October that he was running for New York State Assembly District 36 comprising the Astoria, Ditmars-Steinway, and Astoria Heights neighborhoods in Queens. Prior to his campaign, he worked as a housing counselor for immigrant families. His campaign centers on three emerging issues: housing for all, justice for all, and energy for all.

“This election isn’t about a single candidate—it’s about a movement. As a democratic socialist, I know that we’ll never win the rights we all deserve—rights to healthcare, housing, education, nutrition, childcare, and public power—without a grassroots movement of the working class rising up to demand them. Another world is possible, but only if we fight for it together.”

Data last compiled in 2015 by the National Conference of State Legislatures found that only three state legislators identified as Muslim, with the growing number of diverse Muslims running for office the number is now unclear. Not only did the Muslim community see historical wins and run for office, but Muslim Americans also turned out in record numbers to cast their vote. According to the Council on American-Islamic Relations, approximately 1 million Muslims voted in this election with 69% choosing Democratic candidate and former Vice President Joe Biden as their pick for president.

“The Muslim community’s significant ability to impact the results of numerous races across this country—including the presidential election—was recognized nationally by candidates and the media,” CAIR National Executive Director Nihad Awad said.

Following Trump’s anti-Muslim rhetoric and xenophobia policies these wins, no matter how big or small, are noteworthy and beyond cause for celebration.

“Muslim American representation isn’t just about winning an election, having a seat at the table, or even power. It’s about reclaiming the American narrative. It’s about making sure that the little Ayshas, Ahmeds, and Maryams sitting in their classrooms experiencing life different from everyone else, see political ads, text messages, literature, and mainstream media covering people that look like them, sound like them, and pray like them—in places of power,” Mohamed Gula, national organizing director of Emgage, told Daily Kos. “It’s about having an example and being able to dream. That’s what running while Muslim is about.”

This list is not exhaustive; if you know of a candidate who has not been mentioned please email us. Republished from Daily Kos. 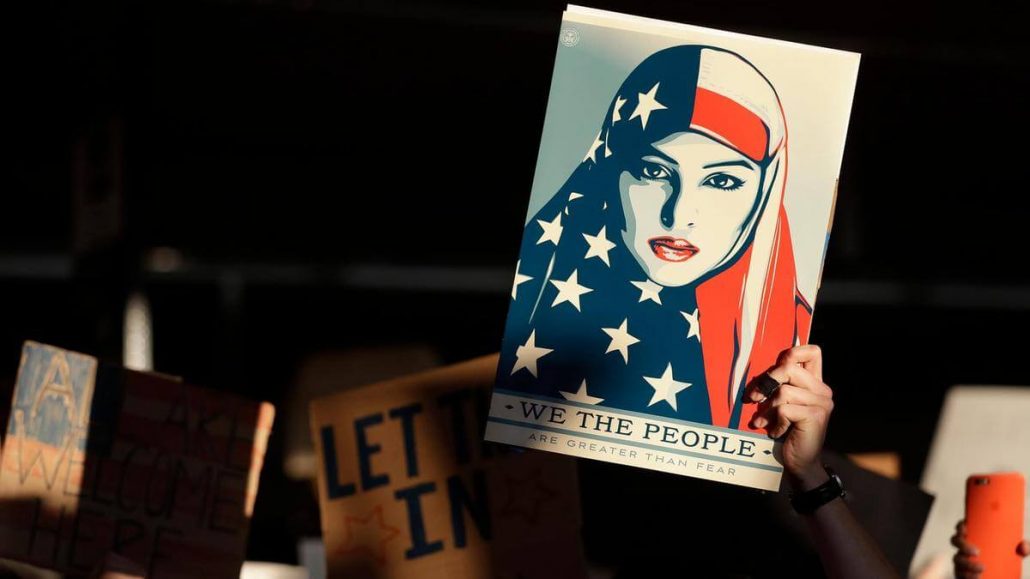 21 Shots … and the Pursuit of Justice: An Imam Dies in Michigan

Land and Freedom–Kashmir
Courtesy Arundhati Roy, The Guardian A Muslim Kashmiri woman with a 40-day-old baby shouts pro-freedom slogans during a march to…