For many election cycles, the Arab American Caucus of the California Democratic Party gathered in small conference rooms at party conventions, listened to speeches, made a few endorsements, and went home.

This year, something different happened. â€œThe room was packed,â€ said Rashad Al-Dabbagh of Anaheim, who attended the state party convention in April as a member of the Arab caucus.
Seventy people crammed two rooms at the Sacramento Convention Center for the caucusâ€™ Saturday evening meeting on April 13, including a record 28 Muslims recently elected as state party delegates.

Women in hijabs were seen wandering the convention floor, often stopped by state party officials â€œasking, â€˜How can we help you?â€™â€ recalled Hussam Ayloush, one of the recently elected delegates.
So many people wanted to become leaders of the caucus that, for the first time in memory, the election for leadership positions was contested.

And two Muslim members of the caucus, the recently elected mayor of the city of Bell and a school board member in Anaheim, actually held public office, another first.

The meeting, said Al-Dabbagh, was visible proof that Californiaâ€™s Muslim community, a political sleeping giant, is beginning to awaken.

â€œThe community is beginning… to find its political voice,â€ said Al-Dabbagh, an activist who has worked for several Orange County political campaigns. â€œIt will find its place. Itâ€™s just a matter of time.â€

Islam is Americaâ€™s fastest growing faith, with the number of Muslims more than doubling since 2000, according to the 2010 U.S. Religion Census, a decennial survey conducted by an ecumenical coalition of religious statisticians. As many as 12 million Americans identify themselves as Muslim, according to different estimates.

Yet, until recently, Muslims were also the least politically active faith community. Only 65 percent of American Muslims are registered to vote, compared with 91 percent of Protestants and Jews, according to a 2011 Gallup poll.

First-generation Muslim immigrants often come from countries with autocratic governments where political participation is either discouraged or considered pointless or even dangerous.
â€œYouâ€™re not ever going to change anything,â€ Rohnda Ammouri, an Anaheim political consultant, recalls being told by elderly business owners in the cityâ€™s Little Arabia neighborhood when she asked for political donations.

Muslims are also far younger on average than members of other faiths (almost 20 years younger than the average Protestant), and many are immigrants who have not yet become citizens.
Recently, however, an emerging generation of American-born Muslims has begun flexing its political muscle, especially in regions of the country, such as California, New York and the upper Midwest, with large Muslim populations.

In California, home to roughly one million Muslims, the heart of that emergence is in Orange County. Nine of the 28 recently elected delegates to the state Democratic Party are from Orange County, where the Muslim population has been estimated at around 200,000. Itâ€™s not known what percentage of California Muslims is registered to vote.

Orange Countyâ€™s prominence among Muslim political activists is largely due to the work of Hussam Ayloush, who heads the Anaheim office of the Council on American-Islamic Relations.
Ayloush, who lives in Corona, said he had long been troubled by what he termed his communityâ€™s political â€œapathy.â€ So last year he embarked on an effort to recruit local Muslims to become Democratic Party delegates.

Delegates are elected biannually in each of the stateâ€™s 80 Assembly districts. They help shape party policy by endorsing candidates and ballot measures and representing local interests at state conventions.

Ayloush told recruits that becoming a delegate was a manageable first step toward greater political engagement.

â€œThe more a community has political activists… the better we are positioned to contribute toward the betterment of our society in ways that are important for us,â€ he said.

â€œThere was a lot of skepticismâ€ at first, Ayloush added. And most of the recruits, among them two doctors, a teacher and a lawyer, were new to politics.

So Ayloush, who had already served a term as a party delegate, organized meetings and conference calls during which he explained how to raise money and garner votes in the delegate election, held in January.

â€œThere was a buzz in the community,â€ he said.

And there was a buzz at the April convention when all the new delegates elected in January showed up.

â€œWeâ€™re starting to see the younger generation coming of age,â€ said Henry Vandermeir, who this year was elected chair of Orange Countyâ€™s Democratic Party. â€œWe (Democrats) feel we have the better message for them to come over to us.â€

However, the alliance between Muslims and Democrats is actually a recent phenomenon, the product of an unusually rapid turnaround in American politics, said Louis Desipio, a political science professor at UC Irvine.

Fifteen years ago Muslims â€œidentified with Republicans,â€ Desipio said. A large majority of Muslims voted for George W. Bush in the 2000 presidential election. And members of Bushâ€™s political team made efforts to cultivate a network of high-income Muslim donors.

Muslims, many of whom are socially conservative small business owners, doctors and engineers, appeared a natural fit for the GOP.

But that changed soon after Sept. 11. In the months and years following the terrorist attacks in New York and Washington, D.C., and as America went to war in Afghanistan and Iraq, American Muslims felt unfairly demonized by Republican politicians. Republican support of Israel and opposition to immigration reform further alienated voters.

Meanwhile, â€œDemocrats realized that by being the party of inclusiveness in todayâ€™s California they win,â€ said Desipio.

Ammouri, the Anaheim political consultant, said she grew up in Modesto as part of a Republican household of Palestinian Americans.

In 2000, when she was 13, her grandfather took her to hear vice presidential candidate Dick Cheney speak. Then the two of them went to Republican Party headquarters to volunteer at a phone bank. The local party gave her a college scholarship.

â€œNow Iâ€™m not a Republican at all,â€ Ammouri said. Neither are her parents.

â€œItâ€™s just gotten more radically right,â€ she said. â€œAnd I feel like theyâ€™ve excluded me as an Arab American, as a Muslim American and as a woman. So many Republican officials talk about Muslims in a way I couldnâ€™t agree with.â€

Al-Dabbagh said that even though Muslims share a common faith, their political goals vary, reflecting the communityâ€™s socio-economic diversity and various national origins.

But those are all long-range goals, Al-Dabbagh said. For now, itâ€™s enough that Muslims are getting involved and laying the groundwork to run for office and become a stronger presence in state politics.
â€œWe want to make sure our voice is heard,â€ he said. 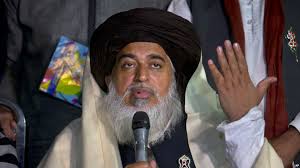 India Snubs US On Iran