By Amy Gazin-Schwartz
The Conversation

We have seen pictures of ISIS smashing statues and artifacts in the Mosul museum. ISIS soldiers have reportedly destroyed buildings at the ancient Assyrian cities Ninevah and Nimrud in Iraq.

ISIS is also believed to be selling Assyrian and other antiquities on the illegal international antiquities market.
As an archaeologist, I find all of these actions reprehensible and sad. They damage the historical heritage of all of us, and of people in Syria and Iraq in particular. That is no small thing.

But archaeologists are not surprised by ISIS’s acts of destruction.

ISIS’s actions are part of a long history of people destroying ancient sites for political, economic, or religious purposes.

The Assyrians looted and destroyed Babylon in 700 BC; medieval Christians in England toppled and broke up some of the ancient “pagan” standing stones at Avebury; Spanish conquistadors melted down gold artifacts, including the solid gold “gardens,” of the Inca.

Modern conflict has not respected antiquities. The 5,000-year-old cities of Ur and Uruk were heavily damaged by the first and second Gulf Wars.

Despite warnings from archaeologists, ancient artifacts were stolen (or looted) from the Baghdad Museum even while Baghdad was under American control. These are recent examples of the way all participants in conflict do not respect the “value” of antiquities. Just this week, some of these artifacts were returned to Iraq after recovery by US Customs agents.

The economy and even archaeologists are culpable

Looting for profit is a continuous threat to archaeological sites worldwide, not just in ISIS-controlled areas. Poverty and instability have made people turn to digging up antiquities to sell on the international antiquities market. Collectors who purchase antiquities are also implicated in the destruction of ancient sites.

Archaeological sites are often destroyed in the course of economic development.

The first image that appears in Google search for “Assyrian archaeology” is a photograph of Lawrence of Arabia and archaeologist Leonard Wooley holding a sculpted plaque from the Assyrian city of Karkamish in 1913.

Archaeological research has been conducted at sites in Iraq and Syria, and at Assyrian sites in particular, for nearly 200 years. Materials recovered from those sites were taken to Europe and the United States. They have been studied in great detail, and are in the collections of many major museums, including the British Museum, the Louvre in Paris, and the Metropolitan Museum of Art in New York.

All is not lost

Developments in archaeological methods and thinking mean that new research, including new excavations, can reveal additional insights. For example, the research undertaken by archaeologists at the McDonald Institute of Archaeology at the University of Cambridge has used satellite imaging to locate different types of settlements. These include provincial centers tied to the major cities and the settlements inhabited by common farmers, even roads and irrigation systems. Excavations by John McInnes recovered cuneiform tablets that seem to be in a previously unknown language.

Archaeologists regularly work in “ruined” sites, and excavations by their very nature destroy sites; the important difference is we collect detailed information in the course of that destruction.

But the existence of so many artifacts, images, sculptures, and monuments in museum collections means that all is not lost in terms of preserving the past. We can continue to study ancient remains. We can even recover materials from the sites destroyed by ISIS, if conflicts end and archaeologists can again work in those areas.

Even now, archaeologists are attempting to document what has been damaged, and what has been stolen, in an effort to aid recovering those materials.

ISIS intends for us to be outraged by their actions. It is possible that by replaying images of the destruction of antiquities we are participants in ISIS’s propaganda.

None of this is meant to excuse ISIS actions in looting and attempting to obliterate the ancient past. The question is one of perspective. If our outrage only serves to bolster ISIS’s self-image as the destroyer of the West, perhaps a better response would be to focus on those things – human lives – that cannot be replicated or recovered.

Editor’s note: the author is associate professor of anthropology at Assumption College. Her article originally appeared on The Conversation. Her views are her own. 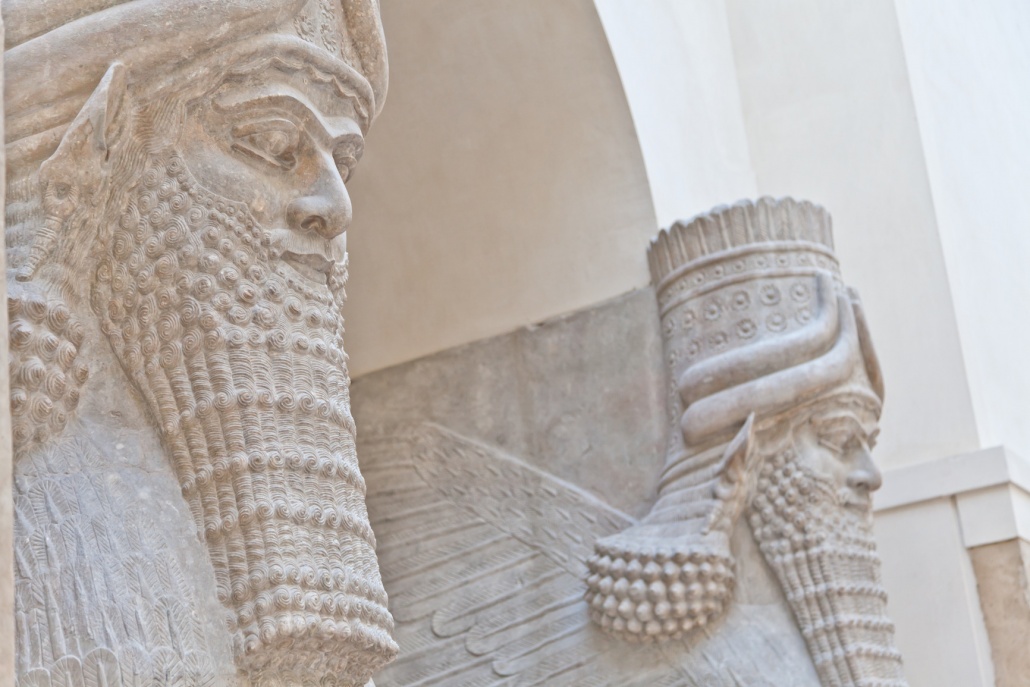 Farkhunda: The daughter of Islam, the real martyr
Scroll to top