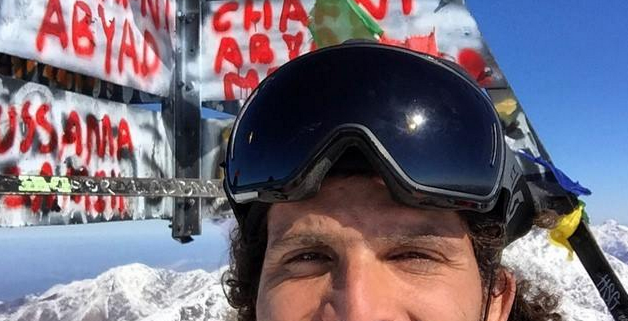 Only a tiny fraction of people can say they’ve literally been on top of the world. Omar Samra can say more. Much more.

Omar, 36, is the first Egyptian to climb Mount Everest, the 7-Summits and ski to both Poles. He is the Founder of Wild Guanabana, an adventure travel company, a motivational speaker, toy runner and future astronaut.

His passion for exploration sparked unexpectedly while on a summer camp in Switzerland. “I was only 16 and I went to climb a mountain. It was the first time I’d seen snow, I fell in love,” he shares.

“It was during that trip I decided that one day I would like to be able to climb Mount Everest. It was something I only managed to achieve 12 years later. I had a bit of a hiatus. I was living with my parents and was a student going to university. I couldn’t fulfill my dreams of traveling and going on adventures until I graduated and got a job in London. I was at the age of 21 or 22.”

After graduating from the American University in Cairo with a BA in Economics, Omar flew to London to pursue a successful career in finance. Though “everything went as planned” and his social life flourished, something felt wrong.

“After working corporate I felt unfulfilled doing something that didn’t really speak to me…There was always the notion that maybe one day I could incorporate travel with my career but for the longest time I didn’t know how to go about that,” he explains.

“I consecutively started doing backpacking trips. I would take time off from work, anywhere from a week to few weeks trip. But, I reached a point where I realized that in order for me to really get under the skin of another country, I would have to take on a much longer trip. And so I started planning.”

Omar saved up for 2.5 years to embark on a completely transformative journey. Though the decision to leave behind a prosperous career wasn’t easy, he handed his resignation.

In December 2002, he began a 370-day trip across Asia and Latin America, “which is the amount of time I thought was necessary for me to really, properly explore,” he says. He travelled nonstop across 14 countries.

“It was the first big trip I did. It laid the foundation for my experience and knowledge that later prompted me to start my own business.” During and after this journey, Omar cultivated his climbing skills.

In 2005, just starting his MBA at London Business School, a precious opportunity arose to have his dreams come. A colleague wanted to assemble a team to climb Mount Everest.
“My decision was made even before I was done reading his email.”

A team of 40 interested members dwindled down to 4 core members. Together, “we spent 2 years preparing, training 6 or 7 times a week, 2 to 3 hours a day.” While mountain climbing, they learned to work together until the big day came.

On March 25, 2007, the team left for Nepal and began a 65-day Mount Everest expedition. The voyage was brutal, challenging, but above all, inspiring. On May 17th, Omar reached the summit, becoming the first Egyptian and youngest Arab in history to do so.

“When I was in Everest for about 60 something days, I learned to really appreciate the simpler things in life. I remember coming back and taking the first lukewarm shower, sitting on a bed, being able to pick up the phone and reach out to family and friends. These are things we take for granted.”

With a fiery belief that impossible is nothing with hard work and travel reinvigorates oneself, Omar became a motivational speaker and entrepreneur. He has given talks in several countries on all different platforms, including TEDxCairo and TEDxAbuDhabiU.

In May 2009, “at the height of the financial crisis I decided to start Wild Guanabana,” Omar states. He founded a successful, unique, and carbon neutral adventure travel company that’s taken hundreds of people on “life changing journeys” around the world, as the company tagline states.

“I really believe in the transformative power of the type of travel that we do. We basically take people out of their comfort zone, whether that’s on a physical level, mental level or spiritual level, and get them close to nature to reconnect, explore how far they can go and find out who they really are as a person. As human beings, nature — no matter if it’s mountains, deserts, seas, or jungles — is our natural habitat. When we live in big cities, in all the concrete and asphalt and buildings, we get disconnected.”

Climbing Everest and founding Wild Guanabana was not enough for this adventurer. Omar challenged himself to climb the highest mountain on every continent, also known as the 7-Summits. Not only did he accomplish this enormously difficult feat within a few years, he is the first person to do so carbon neutrally.

But, what’s left to explore after earth? Space.

“I always dreamed of going to space as a child,” he shares. The dream initially seemed impossible because of “the cost and because Egypt did not have a space agency.” In 2013 that all changed when XCOR Space Expeditions held a competition where the winner was awarded a trip to space.

“I am set to become Egypt’s first Astronaut in 2016. Once completed I will become the first human in history to have completed the Explorers Grand Slam and gone to Space!

The [exact] date is not confirmed yet because there are still a lot of things that need to happen before this comes into play. The kind of spacecraft that we’re taking has never been built before …it’s a completely reusable spacecraft. It’s in development …[and] in relatively advanced stages.”

Omar will voyage 130 kilometers above sea level. At 100 kilometers there’s an imaginary line called the Karman line that defines the boundary between the Earth’s atmosphere and outer space. In order to become an astronaut, he will cross that line.

“[We will] see earth from above. This is something that only about 300 people or so have experienced over history. It’s something very special. I’ve read a lot of accounts of astronauts talking about how life changing it is so I look forward to the experience.”

But no mountain climbing or space expedition comes close to the hardship Omar faces at the loss of his beloved wife, Marwa Fayed. She passed suddenly after the delivery of their first child two years ago.

His heartbreaking yet inspiring story was captured and featured by Brandon Stanton of Humans of New York. Five remarkably popular posts were dedicated to discussing his life before and after Marwa’s passing.

“This whole thing went completely viral. I had a moment where I felt a bit uncomfortable about how vulnerable I became because the magnitude of this was going from telling this story to 4 or 5 people to suddenly 70 or 80 million. It’s just completely overwhelming but I did a bit of soul searching [after] and quickly realized that I think I did the right thing. I felt that Marwa, my wife, would have wanted me to do that… thousands of supportive messages kept pouring in …it was an overwhelmingly positive experience and I’m glad that I did it.”

How was the interview experience?

“It was difficult to do. Before I met Brandon, I hadn’t shared much of the story with many people…But I believed that I needed to share it because a lot of people go through similar kinds of pain. I wanted to tell people that even though you may go through many difficult times, you can still move forward. You can still somehow survive and that was the message I wanted to send … I’ve been given the opportunity to use my experience to spread positivity and hope out of tragedy. For a very long time I wasn’t able to do that.

It’s now my turn. Brandon told part of the story but it’s not the whole story. Having gone through the experience and learned from it, it’s my part now to be able to tell the full story one day whether that’s in a few months or a few years. Who knows? But it’s something that I intend to do because there’s a message there that is of gratitude to others. I just need to be able to get to a point in my life where I’ll be able to articulate it in a way that does justice.” 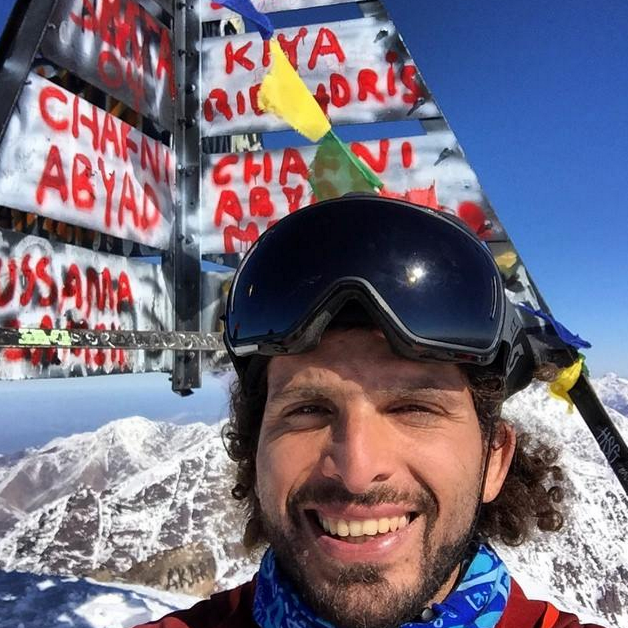