This presentation was made at a gathering of Imams and Muslim leaders at the occasion of celebrating the American festival of Thanksgiving. As you all know the First Thanksgiving was celebrated by European Immigrants- the Pilgrims, after their first harvest in October 1621. It is said that this harvest festival was attended by 90 Native Americans and 53 Pilgrims, conveying the message of peace and harmony. It is not a religious holiday, it is Non-denominational, and you do not see the extravagance of gift-giving. It is a very simple act of giving thanks to family and friends.

Being thankful is an essential part of the Muslim faith and we are thankful to Allah for his innumerable blessings. We are thankful to God for the good life we are enjoying in this great country the United States. We thank God for giving us an opportunity to live and prosper in this spacious land of freedom and opportunity. This is the country where the poor and oppressed migrated with the hope for a better life. We are thankful for the opportunity to fulfill our dreams and leave behind a gift for our children to prosper in this great country.

In the last two decades, Muslims have faced a challenge in the US due to rising Islamophobia and we are concerned that unfavorable views about Islam and Muslims have risen from 10 % to 50%. We need to take our collective responsibility to convey accurate information about Islam seriously as this will result in clarifying misperceptions and stereotyping of our faith. Luckily, we are living in a democratic country and by participating in the democratic process we can bring a positive change. In the last few years, Muslims have won several seats in national and state legislative elections. In local elections, Muslims have won positions of mayor and counselors in several cities and have become members of school boards. In order to bring about a change, we need to vote regularly and enthusiastically participate in the political process. Unfortunately, all Muslims do not engage or involve themselves in the political process, and a few do not bother to go out and vote. A great gift of this country is that we are equal partners in selecting candidates who govern our country. Every vote counts and we can bring about change when necessary.

We are thankful to God that He gave us the opportunity to settle down in this great country. Like you, I am concerned about the Muslim Umma in the rest of the word. Many Muslim countries including Iraq, Afghanistan, Libya, Somali Syria and, Yemen have been destroyed in the last 2 decades, Iran, Egypt, Qatar, Turkey and Pakistan showing instability and turmoil internally and externally. Iran is at the brink of war, Egypt has a dictatorial military rule, and the Saudis and Qatar have become enemies. Turkey and the Kurdish people are engaged in an ongoing war, while the Saudis neglect human rights, and Pakistan is plagued with sectarian violence and economic instability.

Muslims in Palestine and Kashmir are suffering for over 70years and there is no light at the end of the tunnel. The Condition of Rohingya Muslins in Myanmar and Uighurs Muslims in China is appalling; Hundreds of thousand Rohingyas are in shelters in Bangladesh.

There is deafening silence across the Islamic world. In the last two decades, 2 million Muslims have been killed and 50 million became refugees wandering from place to place seeking shelter. This most probably is the worst humanitarian crisis in the world. It appears that the Muslim world is in Chaos with un-speak able suffering; 60% of the Muslims live under poverty and the literacy rate is about 43%. of Muslims in 3rd world countries.

Unfortunately, the Muslim Ummah is divided in several sects, Shia, Sunni, Ismaili, Bhoras, Ahmadiyya, Deobandi, Berelvi, Salafi, Wahabis, Ahle Sunnat, Ahl Quran and Sufis just to name a few. Our scholars are busy declaring anyone who does not agree with their interpretation of Islam as a deviant. Not only they are declared deviant but, in some countries, they are regarded as Blasphemers and some of them are killed.

According to the Quran, all human beings are from the same soul, but they have been created with differences.

“Oh mankind, we (God) have created you male and female, and made you into communities and tribes, so that you may know one another. Surely, the noblest among you in the sight of God is the most God-fearing of you; God is all-knowing and all-aware” (49:13).

The Gulf Countries have trillions of dollars from oil revenues, a financial bonanza which no other race had access to throughout history; a great gift and blessing from God. If this wealth is used reasonably, it would create educational institutions and industries all over the Muslim world. This will help eliminate illiteracy and poverty from the Muslim world and make the Muslim Ummah once again a great leader in the world, rather than lagging behind in every sector.

The Muslim Golden age of the 7th to 15th centuries lasted for 800 years. We produced the greatest scientists, physicians, astronomers, mathematicians and philosophers, who led the world in every field of science and technology. The decline started when the gate of Ijtihad was closed in the 12th century. The Taqleed was encouraged overuse of Aql, Intelligence and reasoning. Once again Muslims need to focus on learning science and technology to compete in the modern world.

The eminent Afghani Sufi Maulana Jalaluddin Rumi has given an inspirational meaning to human life. He says,” To love Allah (SWT) one needs to learn how to love His creation, i.e. human beings.” According to Rumi, love for God and His creation is crucial for human salvation. He stresses that if human beings want to avoid conflict and create harmony in society, they need to accept their differences and must find the commonality of humanity which bonds all of mankind. Rumi’s poetry contains powerful concepts related to the value of human life and humanity;

“For each community, we have appointed from you a law-giver and away. Had God willed, He could have made you one community? But that He might try you by that which He has given you [He has made you as you are]. So, live with one another in good works” (5:48).

By recognizing the plurality of faith and communities, the Quran teaches us not to impose one’s faith on others; rather, it urges us to tolerate the differences: “Let there be no compulsion in religion” (2:256)

On every Thanksgiving, I pray to the God of all humanity, a God of mercy and, compassion to bring peace and prosperity. Educate us in the highest ideals of justice, so that we can respect each other’s rights. O God give us guidance and show us the right path to respect all fellow human beings irrespective of religion, ethnicity, color or country of origin. God, shows us the humility to shed all arrogance in us and thereby allow us to show kindness, dignity and love for all humanity. 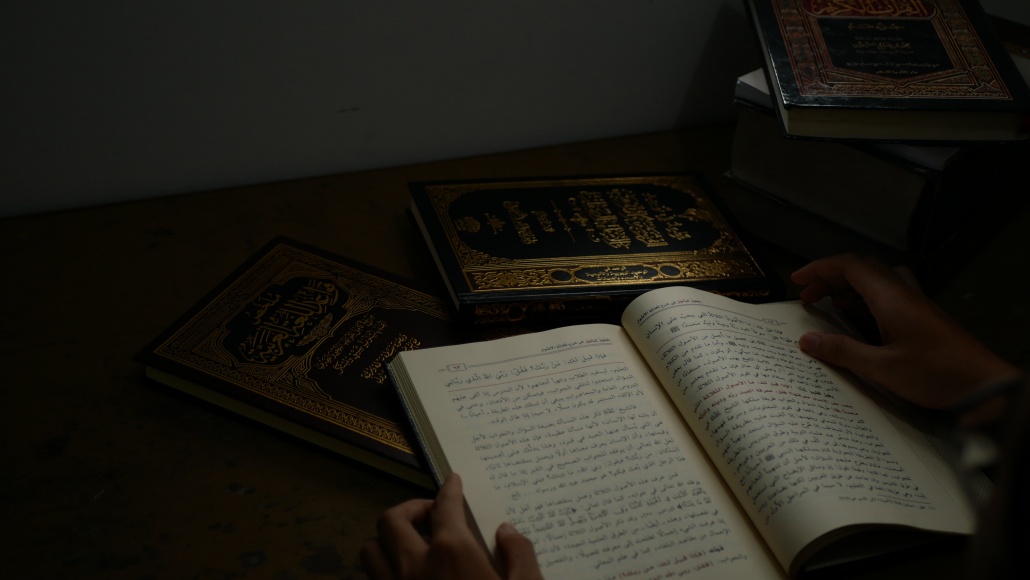 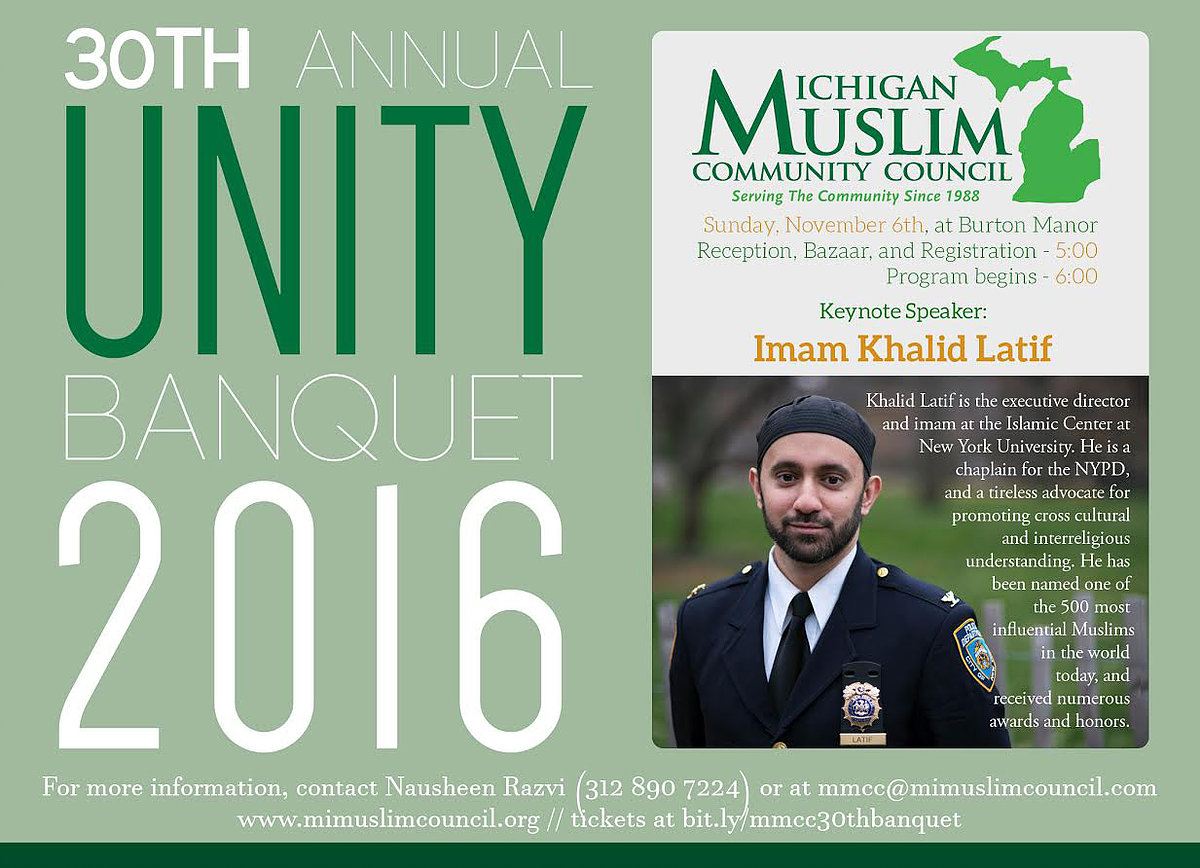