Editor’s note, the following is a two-part story after President Barack Obama’s rally in Ann Arbor, Michigan on November 7, prior to Election Day. The first is by Khadega Mohammed, an article with coverage of the event, the second a heart-felt reflection by Maisha Rahman. Both attended the rally.

PART I, CHOOSING HOPE OVER FEAR by Khadega Mohammed

President Barack Obama made a final appearance at the University of Michigan to rally for Hillary Clinton and get people to vote. He was welcomed by a large audience of an estimated 9,000 people. President Obama began by reminding everyone that this election is in their hands.

“You will choose whether we continue this journey of progress, or whether it all goes out the window.”

Both Hillary Clinton and her rival Donald J. Trump were focusing on Michigan yesterday for a final attempt to sway voters before Election Day. Obama emphasized the importance of Michigan voters during this election.

“Your vote matters,” he said.

During the 25-minute speech, President Obama stated many reasons why Trump is “uniquely unqualified to be president.” Citing a New York Times report showing that Trump’s Twitter account has been subdued during these last days, Obama mentioned that a man who cannot be trusted with tweets cannot be trusted to be commander-in-chief.

“If your closest advisers don’t trust you to tweet, then how can we trust him with the nuclear codes?” he said.

One of the main audiences that this rally targeted was the Muslim voters and many of the topics focused on eradicating the negative narrative of Muslims that are put forth by Donald Trump. While Obama praised Hillary for her highly qualified resume, he criticized Trump for not knowing the “difference between Shi’a and Sunni.”

Debbie Dingell, Michigan state representative of Dearborn, who also spoke brought up the death of a Muslim marine.

“He was targeted because of his religion,” she said, recalling the story of Raheel Siddiqui. “We are witnessing people trying to divide us in this country with fear and hatred, and we cannot let that happen,” she said, urging the fiery audience to cast their vote for Hillary Clinton. 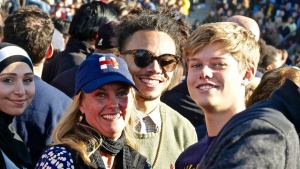 The importance of the Muslim vote that was highlighted at the rally showed just how pivotal Muslim voters are in this dire election. It is imperative that the Muslim community mobilizes their vote in order to make sure their voices will be heard at the election polls.

President Obama concluded his speech by reminding everyone that it was because of the American people choosing hope over fear that he became president, and urging voters to also give Clinton that same chance.

Never in my life have I been as conscious of my identity as a hijab-wearing, Bangladeshi-American Muslim woman as I was today, at the Barack Obama rally for the Hillary Clinton campaign.

For the past several years, the escalation of Islamophobia has left a diverse group of Muslim-identifying Americans in a whirlwind of confusion, fear, and alienation. With this election season, I often heard the phrase “Islam is on the menu.” This was glaringly evident at yesterday’s rally, when I was surprised to hear several anecdotes of Muslim Americans and discussions of the Muslim identity by both Muslim and non-Muslim speakers.

U.S. Representative Debbie Dingell opened with the story of late Michigan native, Raheel Siddiqui, a 20-year-old Marine who systematically abused by officers at his base in South Carolina. The psychological trauma ultimately led to his suicide earlier this year. As the son of Pakistani immigrants and from our neighboring city of Dearborn, Siddiqui’s story is a crippling reminder of bigotry as a weapon that can affect truly anyone.

Coupled with this story was a sentimental story towards a brighter America. One of the campaign organizers, another Michigan native, shared his personal stories of his family. His comments about his mother leaving him kind notes in his lunch reminded me of my own mother who would do the same; his father sneaking off to pay the bill during family dinner’s reminded me of all the times my father did the same; the stories of his sister caring for him reminded me of my own brother and my fierce protection of him. I didn’t realize he was Muslim, and the shock hit me as he plainly stated the implications. I saw my narrative represented on that stage. I saw someone that understood the love in my family, that shared my attachment to my homeland of America, and that was full of a contagious fuel to protect the values that make America so beautiful and great.

I felt the weight of my hijab as I raised my chin, feeling every bit as belonging in the diverse audience of thousands gathered at the Ray Fisher Stadium on my college campus in Ann Arbor.

Living in a country historically based on the values of immigrants escaping religious persecution overseas, it’s incredibly oxymoronic to see xenophobia being the foundation of a presidential platform. It’s unheard of. As several candidates remarked, never has America seen such opposite contenders for the office of the President. It felt like watching an old movie with a sleazy bad guy, waiting for him for him to finally go away. Except somehow, this is our reality, and the story isn’t quite finished yet. Not until today.

The consequences of electing the wrong president are a heavy weight beyond what words can simply bear. 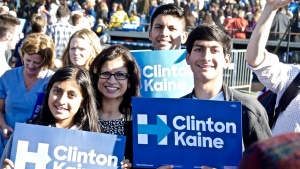 The 44th United States president spent the final day before the election campaigning in Michigan. Obviously, Michigan is important. The people are in Michigan have a large say in this election, and the stakes are especially high in Michigan. Michigan is home to an exceedingly passionate and diverse population, including a powerful Muslim population that is driven and determined to fight for the America we believe in. In Michigan, we stand in solidarity with an America that believes in equality and acceptance; we stand in solidarity with one another, and because of that, we stand with her. 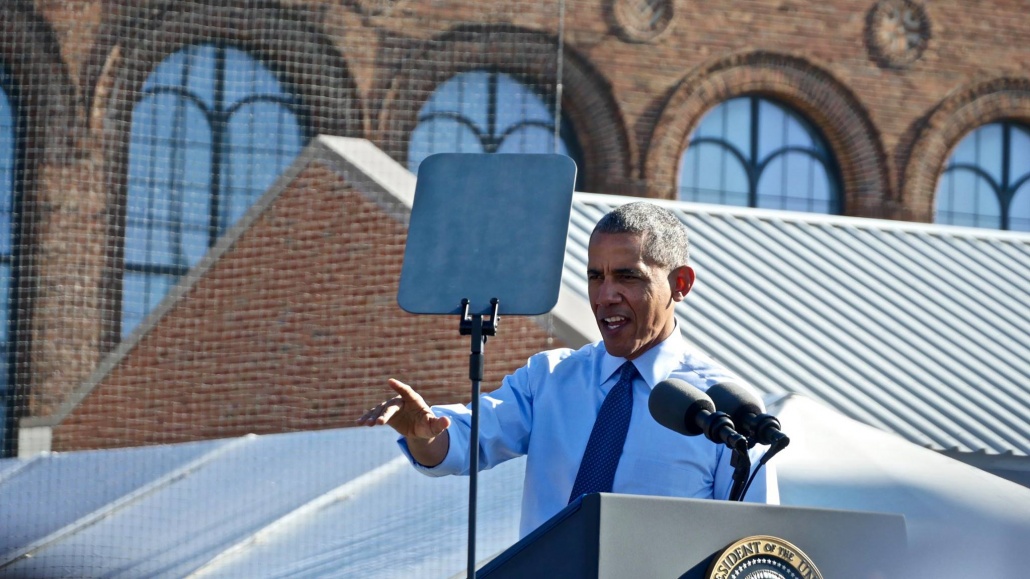 The Legacy of Victorian England’s First Muslim Convert
Abdullah Quilliam The property on Brougham Terrace is just a few miles from Liverpool city centre but, in stark contrast…

A fork in the road-shaping the collective Muslim presence

McCain Hires Ghost-writers to Write Letters to the Editor

Trump is President-Elect, Here’s What That Means For Us
Scroll to top