A year after Charlie Hebdo, France is still searching for answers

A man holds a giant pencil as tribute in a solidarity march for Charlie Hebdo victims. Stephane Mahe/Reuters

France has had a tumultuous time in the year since two brothers opened fire in the offices of satirical magazine Charlie Hebdo, killing 11, before going on to murder another five people in Paris. Just ten months later, the November 13 attacks showed that the threat of terrorism had not receded.

And just weeks after the second major attack, the far-right’s onward march in regional elections suggested that a significant proportion of the electorate had sought refuge in a language of fear and revenge after everything they had seen in 2015.

These growing anxieties were reflected at the highest level of the political system.

France’s leaders had been cautious in their response to the Charlie Hebdo attacks. Then, the focus during the aftermath was on freedom of speech and long-standing problems of social exclusion. The same caution was not applied in November. President François Hollande immediately implemented a state of emergency, which led to arbitrary arrests and vigorous counter-terrorism activities. He even endorsed a military response in the Middle East more reminiscent of America’s war on terror than the spirit of January 11.

In January 2015, the prime minister, Manuel Valls, had called for an end to France’s “social apartheid”. By November, bombs were raining down on Syria. The contrast could not be starker.

Yet, despite the vigorous response to the November attacks, it is the inability to come up with any solutions that has characterised the past 12 months in France.

Since the Charlie Hebdo attacks in January, the leader of the centre-right party, Nicolas Sarkozy, has found little better to do than argue that his party should be renamed “Les Républicains”. None of this has had any impact on the party’s composition or its ideas.

Meanwhile, the Socialist Party has become increasingly torn between those committed to the tolerant, “republican” values of the French left and those who believe in the need for a more muscular response to the terrorist threat.

Only the far-right has stayed true to its message: that a decadent France needs to expel foreigners, withdraw from the euro and secure its borders in order to protect itself.

Not for the first time in recent years, the desperate inability of centrist parties to formulate positive platforms for change has been laid bare. And the most depressing thing is that the same questions are being asked now as ten years ago.

How can France retain its powerful attachment to a republican language of unity and acknowledge the realities of multi-culturalism? What is France’s global role now that its empire has gone and it is little more than a second-tier regional power? How should the French political system reform itself in order to be more representative and less corrupt?

It would be wrong to say that there has been no progress on these issues. In-depth statistical work has shown that France has become more tolerant of multi-culturalism in the past decade. It is also now a crucial player in Europe, having abandoned a past tendency to act unilaterally.

But symbolism matters and here the results are far less edifying. Social exclusion and unemployment continue to be endemic problems. Ideas that are central to the republican tradition – such as “laïcité” (secularism) – have been twisted out of all recognition by a far-right determined to stigmatise Muslims. And neo-colonial escapades in Libya, Mali and now Syria do not help either.

The lack of progress on these issues has fuelled the rightward drift, as French politics has become dominated by issues of security and immigration.

Not surprisingly, this has benefited the far right. Party leader Marine Le Pen may have failed in her bid to become president of a French region in the local elections but her party secured 27.73% of the overall popular vote and she was assured media coverage commensurate with these strong results.

But the shift is visible elsewhere, too. Most recently, it has been encapsulated in the prickly debate over “déchéance de nationalité” – a proposal to strip dual nationals of their French citizenship if they commit acts of terrorism.

This has long been a signature policy of the far right but had always been resisted by the centre-left socialists on the grounds that it violates the fundamental constitutional right to citizenship by birth. The fact that a socialist president now backs déchéance de nationalité is both a cruel irony and a sign of how far political discourse has converged on issues that are the stock-in-trade of the far right.

As in 2002, when Jean-Marie Le Pen reached the second round of the presidential elections, and in 2005, when France was torn apart by riots, 2015 shook French politics to the core. We are likely to see a recomposition of the political landscape in the coming year – and potentially a change of president in 2017 – but few of the fundamental problems of earlier years have been addressed.

The outpouring of genuine concern after the November attacks and the huge increase in turnout in the second round of the regional elections were reminders that the French know a crisis when they see one. They do not need to be told that things are not right. But they badly need leadership and new ideas – and there is precious little evidence that either of these things are on offer today.

Editor’s note: Emile Chabal is Chancellor’s Fellow in History, University of Edinburgh. This article originally appeared in The Conversation. The author’s views are his own. 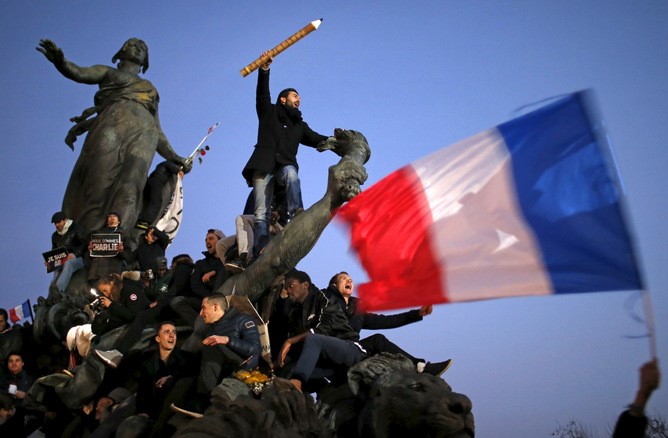 Obama and McCain Square Off over Economy

© 2020 MuslimObserver.com, All Rights Reserved
Indoctrination is not the real issue in public school lessons on Islam

To be black, Muslim and unencumbered
Scroll to top