I have a lot to say about the Women’s Friday prayer that I have yet to collect properly in one place due to traveling and being a mom (alhamdulilah). I do have three non-legalistic points I’d like to add to this discussion.

The fact that women felt compelled to do this shows the devastated conditions of our mosques as regards to how women are psychologically and spiritually abused and mistreated regularly. I remember myself feeling that way even in middle school– if we’re such ‘fitna’, why don’t we just leave and make our own masjid so no one can yell at us again for being in the wrong place, smiling too much, wearing colorful printed clothing, or what have you. There is nothing legally invalid about an all-women’s masjid. I personally favor all women’s third spaces instead for a number of other strategic reasons. That is a different discussion I’d love to have with women themselves. I believe Third Spaces like Ta’leef and Make Space are beacons of light that will both cause mosques to reform, compliment what exists, and actually have the capacity to focus on providing the services people need that don’t exist without the politics of triple layered boards where no one really knows what drives the decision making.

I do not want this issue to get co-opted by male religious leaders who have a traumatizing record when it comes to the way they deal with, speak about, and work with women. We don’t need people who represent in word and deed the epitome of marginalizing women and treating them as second class citizens in Muslim institutions to pay lip service to reform of the mosques. Really. It actually hurts to hear you speak.

There are male allies in the Muslim community who are sharing their support of reforming the mosques in light of this controversy. I do welcome your voices whole-heartedly and any voices that are actually about change through integrity and not just a PR move. We should allow this event to be a catalyst in reforming our mosques and Muslim organizations at large, and starting conversations across the country about how to reflect the beauty of the Prophetic legacy toward women in the way we do things. This will come through grass-roots community building, and sharing our stories authentically and with grace, so we can focus on building rather than destroying. If I ever have a daughter, I hope she can be raised in truly uplifting Muslim American institutions and I pray we recognize that we are in the moment of history to create that now. May Allah bring only what pleases Him out of this for us all.

Editor’s Note: Shaykha Muslema Purmul received a Bachelor’s Degree in the Study of Religion and a Bachelor’s in Middle Eastern Studies from the University of California at San Diego. She was a scholarship student with the Islamic American University and participated in the International Union of Muslim Scholars “Future Scholars Program” in 2008/2009. She completed the Bachelor’s degree program in the College of Shariah at al-Azhar University in Cairo. She also completed almost 2 years of graduate work at the American University of Cairo in the area of Islamic Studies. She has taught classes and spoken nationally and internationally about issues related to Islamic law and ethics in a variety of different settings including conferences, retreats, universities, libraries, and mosques. She serves the Muslim community at UCLA as a chaplain through Institute of Knowledge and is the Co-Founder and Scholar in Residence of Safa Center for Research and Education. The views expressed here are her own. 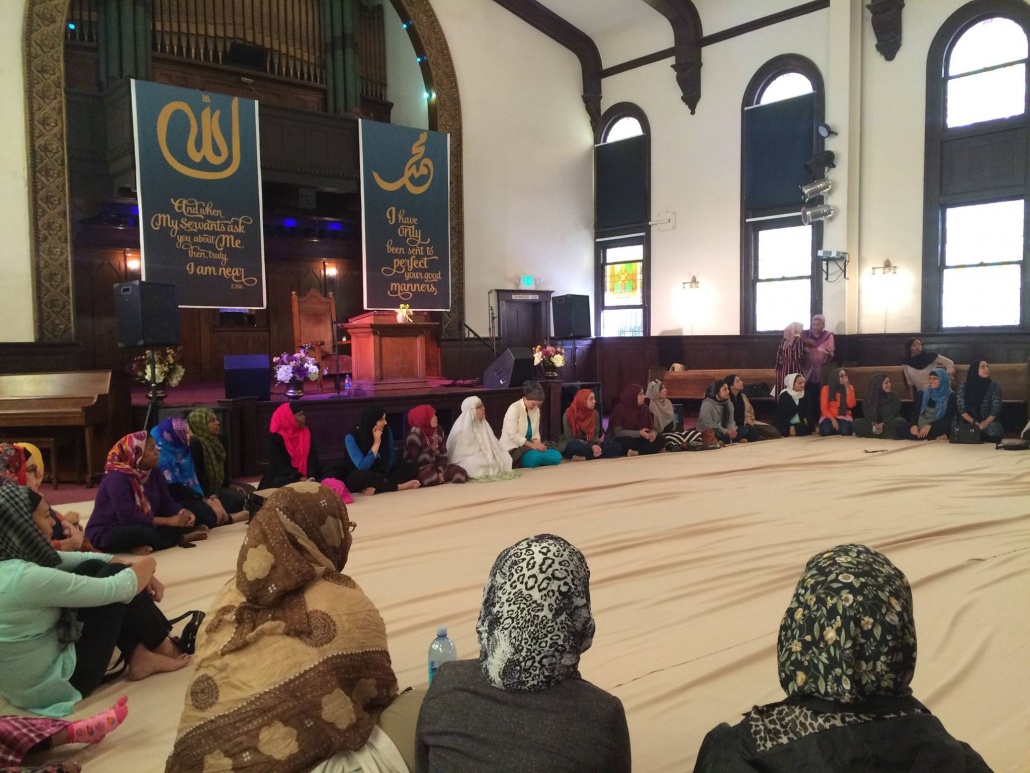 Islam and Contemporary Muslims: Muslim Americans too Have Pockets of Poverty
By Dr. Aslam Abdullah, TMO Editor in Chief This year, during the month of Ramadan, the Muslim American community will…

© 2020 MuslimObserver.com, All Rights Reserved
Living in the Shadows of the Glittering World