Warren–October 17–Seven local mosques opened their doors to welcome non-Muslim community members and TMO was present at one of the mosques, IONA on Ryan in Warren.

The mosque was incredibly beautiful, looking like a museum.  There were hand written copies of Qur`an, calligraphy, Islam-related videos playing, many items with Qur`an  engraved in them.

Perhaps 1000 square feet were cleared and in that space were tastefully separated displays, with enough space to walk between them and enough displays to take a visitor perhaps 45 minutes to take in everything  if they read everything.

There were several floor-stands chock full of calligraphy and explanations of Islam for the visitors, as well of course as tea and other refreshments.

â€œMany of the people asked us what Islam says about Jesus,â€ explained Waheed Rashid, one of the IONA volunteers/officials at the event.  They were very surprised, he said, to learn there is a chapter of Qur`an named after Sayyida Maryam.

The visitors included one sociology teacher and two local pastors.

â€œIf just one person had come, it would have been worth it,â€ said Amin Varis, IONAâ€™s outreach director.

An interesting idea was IONAâ€™s giving of Sunnah-related foods on its table, with explanations of each of the ahadith about the items.  There was honey, black seed, and dates, as well of course as Middle Eastern refreshments like baklava, other sweets, and tea.

â€œEat olive oil and anoint yourself with it since it is from a blessed tree.â€

â€œFeed your pregnant wife with dates, she will surely give birth to a baby who is patient, well-behaved, and intelligent.â€

â€œUse this black seed regularly, because it is a shifa for every disease except death.â€

About 35 local people visited IONA during the course of the day, leaving behind their signatures in the welcome book.

Amin Varis explained that the mosque had arranged for recent converts to welcome each of the visitors and guide them around, explaining the displays.  â€œPeople more like Americans, converts…  understandâ€ the visitors better.

â€œWe were really surprised,â€ he said, â€œsome people were here for an hour–they showed lots of sincerity.â€

Other mosques were also very successful in the outreach effort, with Cantonâ€™s MCWS mosque receiving over 100 visitors. 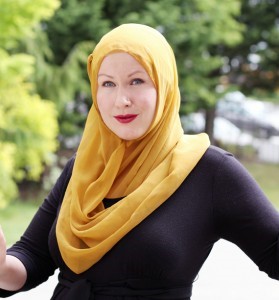 Bangladesh: The Age Old Fault Line and the Collapsing Buildings

The Next David Beckham?
By Parvez Fatteh, Founder of http://sportingummah.com, sports@muslimobserver.com   Manchester United Football Club, know for its keen eye for talent, has…

© 2020 MuslimObserver.com, All Rights Reserved
Community News (V11-I44) Why Are They Afraid?
Scroll to top