The Syrian Conflict and Specter of Sectarianism

Remember Sarah Palin? The former governor of Alaska may well have ended up the US vice president and perhaps even more considering the advanced years of John McCain, the 2008 presidential candidate, if a certain colored man with an impossible name and loads of gravitas hadnâ€™t so hopelessly captured the nationâ€™s imagination. One of the many Palin gems that kept the late night TV hostsâ€™ creative juices flowing for a while was her claim to have glimpsed Russia from her backyard in Alaska!

Last week, the woman loved by the media for her telegenic looks and histrionics complete with that sensuous Alaskan drawl–impeccably imitated by Tina Fey on Saturday Night Liveâ€”had a word of advice for President Barack Obama.

Speaking at a â€˜Faith and Freedom Coalitionâ€™ meeting, Palin warned against a US military intervention in Syria saying, â€œboth sides are slaughtering each other as they scream over an arbitrary red line, Allahu Akbar. I say let Allah sort it out.â€

This is rich coming from someone who cheered for Americaâ€™s â€˜shock and aweâ€™ in Iraq and Afghanistan and the neocon designs of tearing down the Middle East to refashion it as part of the  so-called New American Century project.

It is of course an old debate if the US or the international community should intervene in Syria–or for that matter in any conflictâ€”or not with equally compelling arguments being proffered by both sides. Itâ€™s a moot point now that Obama has decided to arm the opposition. The US–and the Westâ€”is already involved in Syria now.

But it is hard to disagree with Palin about the nature of this conflict. What is going on in Syria is indeed nothing but mass slaughter with the barbaric Baathist regime and rebels and assorted militias, sects and tribes competing to add to the misery of the Syrian people.

What began as a peopleâ€™s uprising, obviously inspired by the winds of change blowing across the region, against the long and dark decades of Baathist tyranny has been transformed into a no-holds-barred civil, sectarian war of terrifying proportions. Lebanonâ€™s Hezbollah, once admired for taking on Israel, has been fighting on old ally Asadâ€™s side outraging many across the region. Hamas, on the other hand, is in the opposite camp. Itâ€™s getting really crazy and chaotic out there, blurring old dividing lines and creating new ones.

As Asad hangs on to power defying all predictions about his early end and chanting â€˜After me, the Delugeâ€™ (â€œAprÃ¨s moi, le dÃ©lugeâ€), the country around him crumbles and melts away. The UN has put the toll at a staggering 90,000, not to mention the all-round devastation that the great Levant country, one of the oldest and historically richest in the world, has witnessed in the past two years and half. Millions have been driven from their homes and fighting for survival in the neighboring countries such as Turkey, Jordan, Lebanon and Iraq etc.

The Syrian conflict has already spilled over into the ever fragile Lebanon, Turkey and Iraq with battles being fought at several levels across the volatile region with the Arabs, Turks, United States and European powers on the one side of the divide and the Baathists, Iran and Russia of course on the other.

This may be a small price to pay considering the larger disaster that stalks the vast region, stretching from Anatolia in the north to Arab Maghreb in the south in the form of violent sectarian conflict. Indeed, the whole of Muslim world, at least its strategic center, now sits on a ticking time bomb with battle lines being drawn from Palestine to Pakistan.

What the international liberators sowed with the Iraq war successfully pitting the Sunnis and Shiites against each other has come to bear a rich harvest of sectarian hatred and hostility never seen in the past. They have burst open the gates of hell and the blaze now threatens to consume the whole of Islamic world.

What happened in Iraq under the benign gaze of Western champions of freedom with the Shiite killer squads and Al-Qaida terrorists targeting the two communities and in the process wiping out entire neighborhoods is now being replicated across the region.

Preying on long dormant regional rivalries and insecurities and making the successful use of their classic stratagem of â€˜divide and conquer,â€™ the world powers, with the help of their useful media, have been playing the Arabs and Iranians against each other.

While Iran and its nuclear and military aspirations are painted as the clear and present danger to the Arabs, the Iranians have been persuaded into believing that the whole of â€œSunniâ€ Arab world is ganged up against them and is out to destroy them with the help of the West.

This game has been played on for so long and with such finesse and dexterity that both sides and their media have now more or less embraced the same divisive agenda and narrative, little realizing how they are being used like pawns in the hands of you know who and where all this will eventually end.

As my friend Ramzy Baroud argues, Iraqâ€™s historical dilemma, exploited by the US for immediate gains, has now become a pan-Arab dilemma. The Middle Eastern media is fomenting that conflict using terminology loaded with sectarianism and obsessed with erecting the kind of divides that will bring nothing but mistrust, misery and war.

Recently, in response to a recent piece on the dangers of growing Sunni-Shiite tensions, a perceptive reader wrote in questioning my argument that it is a recent phenomenon and largely a Western construct.  â€œWhat about the long wars fought between the Sunni Turkey and Shiite Iran?â€ he asked.

Of course, Turkey and Iran did fight several long and bitter wars stretching over four centuries. However, those were between the two competing empiresâ€”Ottoman Turkey and Safavid Persiaâ€”for hegemony and can hardly be seen as sectarian in nature.

The same is true of the long and catastrophic war between Saddam Hussainâ€™s Iraq and the post Revolution Iran in the last century–another senseless conflict that richly contributed to the coffers of Western arms manufacturersâ€”and other historical encounters between the Arabs and Persians. They were nothing but regional struggles for power and territory.

Indeed, never in the fifteen centuries of Islamâ€™s history have the two sects been engaged in such open tug of war. Their followers have always lived in harmony and at peace with each other without being excessively conscious of each otherâ€™s identity or their minor difference of opinion that had its genesis in the early history of Islam and occurred fifteen centuries ago. They never let it dictate their lives and affect their relations with each other. They share a rich history and have contributed equally to the golden age of Islam for more than a thousand years that in turn influenced European renaissance.

That shared history and legacy is at stake today. If the saner majority on the either side does not act to rein in the extremists in their midst and stop this mindless, mutual demonization and bloodletting, it could have catastrophic consequences for the so-called Ummah.

What we share is much too precious and stronger than what tears us apart. We worship the same God and follow the same Prophet and the same Book. Is that not enough to bring us together? The genie of sectarianism must be coaxed back into the bottle before it wreaks more havoc. 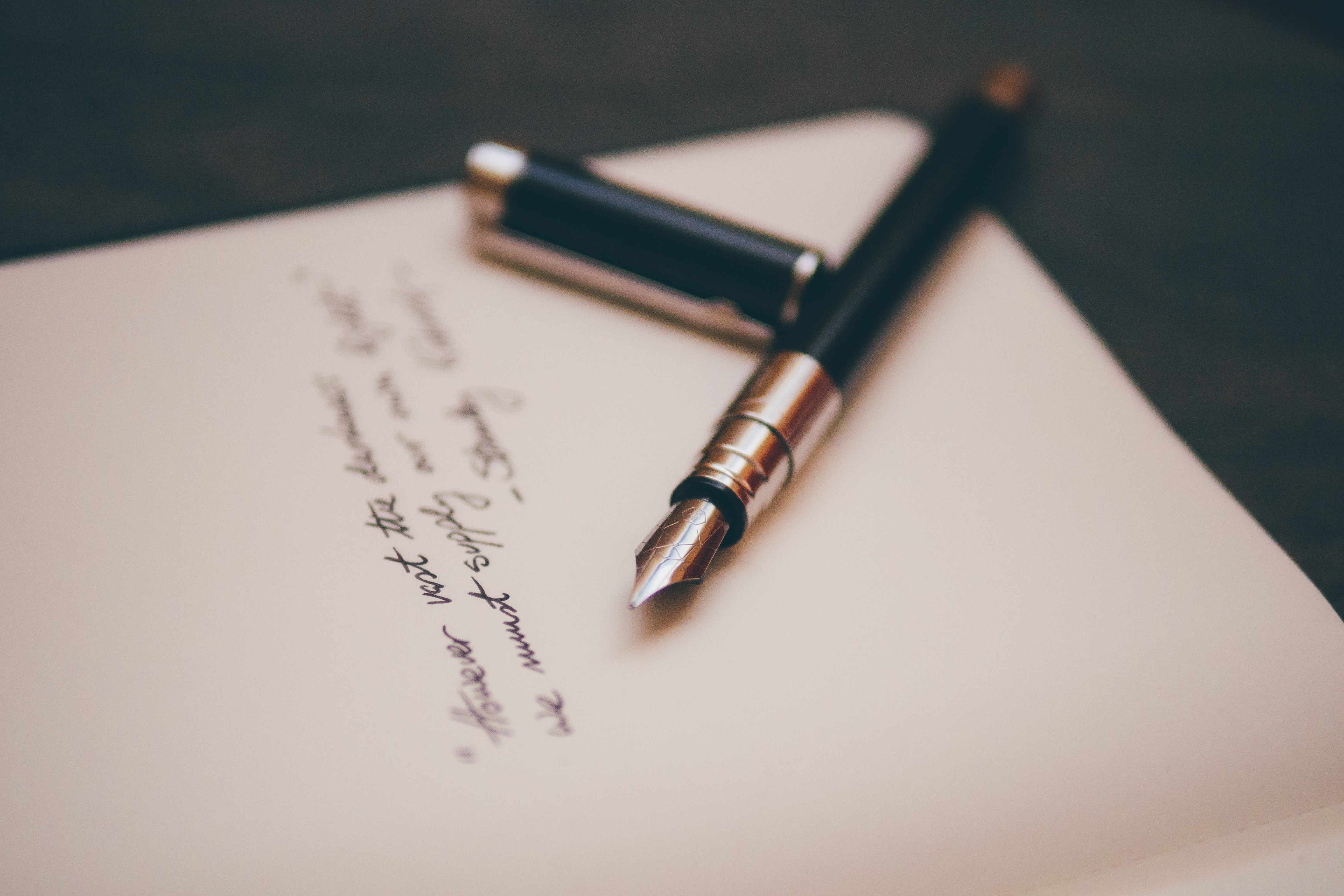 © 2020 MuslimObserver.com, All Rights Reserved
Letter to the Editor: Moon Fighting Ramadan: Beyond Thirst and Hunger
Scroll to top