(RNS) Southern Baptists are usually the first to defend religious freedom. But when it comes to Muslims, some want to draw a line. 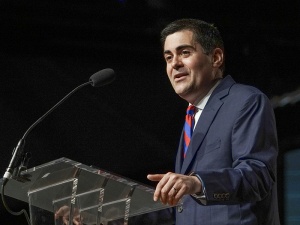 Russell Moore, president of the Ethics & Religious Liberty Commission, gives the entity’s report during the annual meeting of the Southern Baptist Convention on June 15, 2016 in St. Louis. By Adam Covington, courtesy of Baptist Press

At their annual meeting in St. Louis, an Arkansas pastor said Baptists shouldn’t support the right of Muslims to build mosques, especially “when these people threaten our very way of existence as Christians and Americans.”

That suggestion was soundly rejected by Russell Moore, the president of the Southern Baptist Convention’s Ethics and Religious Liberty Commission, who pointed to the dangers of government dictating who should have religious freedom.

“The answer to Islam is not government power,” he said. “The answer is the gospel of Jesus Christ and the new birth that comes from that.”

His remarks drew applause and cheers. But there is debate among the rank and file.

On Tuesday, John Wofford of Armorel Baptist Church in Blytheville, Ark., offered a motion calling for the removal from office of SBC leaders who supported the right of Muslims to build mosques. He was referring, among others, to Moore, who joined a legal document supporting a New Jersey group’s fight to build a mosque.

The chairman of the Committee on Order of Business ruled the motion out of order. And Moore defended his agency’s support for the legal brief.

“What it means to be a Baptist is to support soul freedom for everybody,” Moore said during a report to Southern Baptists at the St. Louis gathering. “And, brothers and sisters, when you have a government that says we can decide whether or not a house of worship can be constructed based upon the theological beliefs of that house of worship, then there are going to be Southern Baptist churches in San Francisco and New York and throughout this country who are not going to be able to build.”

Another motion that asked for the withdrawal of the legal brief that both the ERLC and the Southern Baptist International Mission Board signed on behalf of the Islamic Society of Basking Ridge was also ruled out of order.

Wofford wasn’t the first to criticize Moore or question whether to extend religious liberty to Muslims. Gerald Harris, longtime editor of a Georgia Baptist newspaper, blasted  Moore in a recent editorial for spending “his professional capital to defend the religious liberty of Muslims in New Jersey.”

In other business during the meeting on Wednesday:

On Tuesday, Baptists adopted a historic resolution urging Christians torepudiate the Confederate flag and welcomed the president of the historically black National Baptist Convention, USA, to address the annual meeting. 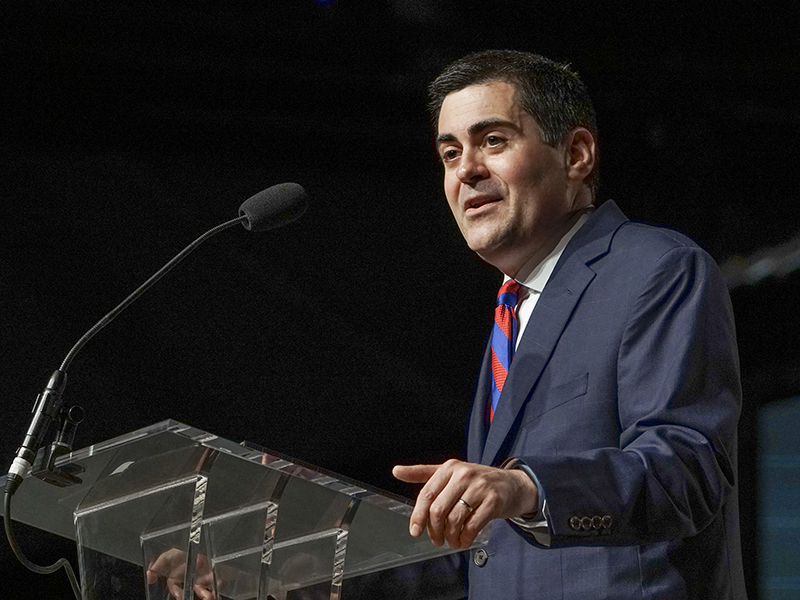 © 2020 MuslimObserver.com, All Rights Reserved
Is language being used unfairly against Muslims?