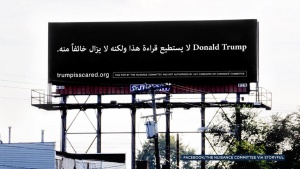 “Donald Trump: He can’t read this, but he is afraid of it,” reads in Arabic a billboard on I-94, in Dearborn, Michigan that went up last week.

The Nuisance Committee, an anti-Donald Trump political action committee, created this ad.  Written in Arabic, this billboard in located on a highway in Dearborn as it has the largest concentration of Arab-Americans in the United States.   According to the Detroit Metro Times, the billboard was made as an outreach effort for the local Arabic speakers to vote.

“[The billboard] targets Arabic-speaking voters in the Detroit area and encourages others, who don’t speak A 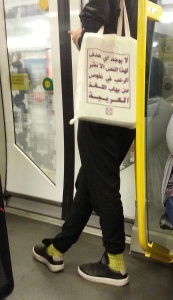 rabic but are curious about its message, to ask a friend what it says,” said Detroit Metro Times’ press release.

This is not the first time that Arabic calligraphy text was used as an ironically scare tactic.  Last summer a new tote bag design came out that read, “This text has no other purpose than to terrify those who are afraid of the Arabic language.”

And last August, a woman inside a train in Berlin’s subway system was spotted wearing this bag, and ending up causing a scare.  Also last summer, a man was detained on a plane when another passenger reported him for suspicious behavior.  What behavior?  He was on a phone call and said the word inshAllah, meaning God willing.

Even though racism and xenophobia are real, these entertaining attempts to prove how unnecessary fearful people are to a simple language, specifically Arabic, and how quickly they are to over react to it, end up becoming the best theme for an ironic joke. 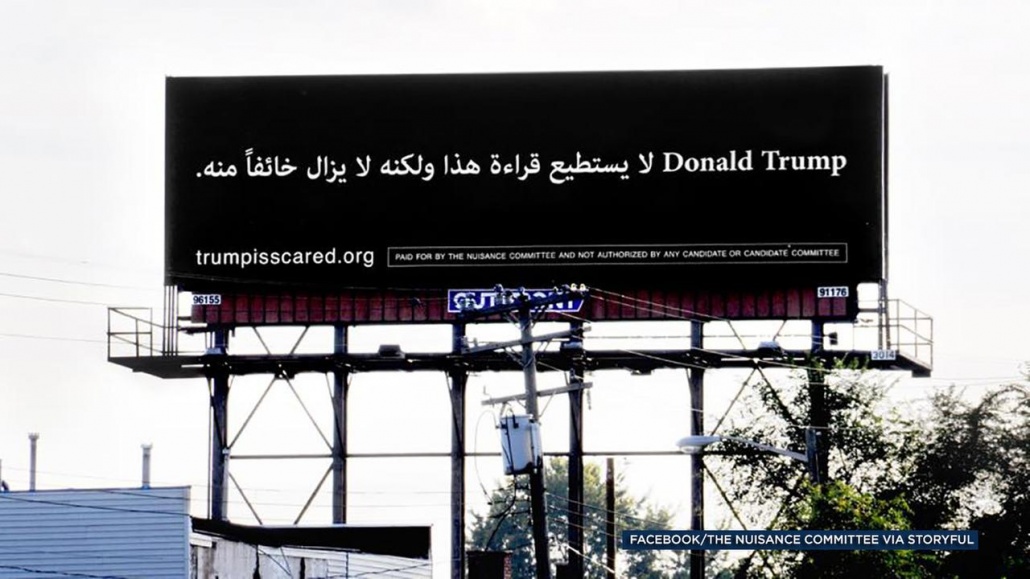 An Inspiring Tale: Fatima Noor
Fatima Noor, a Somalian refugee, was was sworn in as special assistant to the Director of U.S. Citizenship and Immigration…

Beets: Why You Should Eat Them More Often
Scroll to top