Keep quiet. Donâ€™t utter a single word of criticism, even if an Israeli minister threatens to make Palestinians taste holocaust. Donâ€™t be critical of the Zionist State if the original inhabitants of Gaza are starved to death. Turn your eyes away from the scene of killing when the planes with emblems of Star of David bomb innocent civilian targets indiscriminately. Israel is sacred at least in the vocabulary of many vocal Americans and above all criticism in the lexicon of many Europeans.

Since the world is dominated by Anglo-Saxon elites in America and Europe as well, any attempt to even talk of justice for Palestinians is impossibly remote.

A great majority of American and European elites, both religious and secular, have their fixed notions about the Zionist State.

The religious elite in general believe that the Jewish State is a fulfilled promise of God and anyone who comes against Israel and its chosen people will earn the Divine curse and wrath. In their view, whatever is done by leaders of Israel is justified and sanctioned by God and hence it must never be questioned. More than 60,000 churches in the United States uphold this doctrine and feel unhesitant in declaring their viewpoints from their pulpits week after week.

This position is similarly reasoned to the beliefs of medieval Europeans.

In modern times, many Christian religious elites have made the continuted well being and interests of the state of Israel a part of their religious belief system. They firmly believe that the creation of Israel is a divine favor for the followers of Jesus (as).

The position of secular elites is not different from those of religious Christians, but their reasoning is different.

They view the state of Israel as a protection for the Jews who had long been persecuted in Europe and lands occupied by religiously motivated leaders. They consider the existence of Israel as a guarantee for the self-sufficiency and survival of Jews.

They believe that the root cause of the problem in the Middle east is the presence of Hamas and other similar groups who refuse to acknowledge the existence of Israel and who are bent on threatening its annihilation.

In the views of these elites, unless the Palestinians are willing to share their interpretation of history, the idea of a Palestinian State side by side with Israel is meaningless.

In the polemics and actions of the two powerful elites in America and Europe, the fate of the Palestinians has been facing uncertainty since the creation of the state of Israel.

On the other hand, in their justified desire to have a dignified existence, many among the Palestinians have reached to a level of total helplessness and despair.

Regardless of the level of frustration and helplessness, violence or terror cannot be justified from a Muslimâ€™s perspective. However, there are many among Palestinians and others who do not agree with this perspective and who argue that violence against Palestinians must be responded against with violence. An eye for an eye and a tooth for a tooth is what they usually espouse.

Of course, this perspective can be challenged from an Islamic perspective.

The situation is so grim that no solution seems to be in sight as long as people donâ€™t question the validity of many political ideas that are guiding the Israeli policy and the subsequent responses coming from the power elites in America and Europe.

If we want change in the Middle East, the European and American elites have to change their perspective.

This is a process that would not start from pressures from outside. Both the religious and secular elites have to view it on the basis of the voice of their conscience.

The only people who can convince the two sets of elites to rethink their perspectives are none other than the Jews who believe in the unbiased notion of justice and dignity for all human beings and who are not blinded by their animosity of others to compromise their principles.

Within Israel and outside, there are many Jewish voices that are now questioning the inhumanity that is being directed against the Palestinians.

Yet, these voices are so meek and weak at present that they are leaving no impact on anyone. The Palestinian plight should not be the concern of Palestinians or Muslims only.

Jews, being a community that has undergone a long period of persecution in human history, should also be among those who question occupation, captivity, oppression and injustices.

They should be the ones to identify with the people sufferings from the policies perpetuated in their name in a state created for their existence.

Without their identifying with the victims of injustices, the claims of Jews to be champions of justice and peace and dignity would be hollow.

Muslims have done their share in questioning the validity of violent tactics in resolving the Middle East conflict and more should be done by them.

But now it is time for the supporters of Israel to show their solidarity with the principles of justice and peace that they espouse so passionately in their synagogues and religious gatherings.

They must pursuade their own power elites that Palestinians are just as human as they are, and they, like the worldâ€™s other citizens, deserve a dignified existence in a land they have inhabitated for long. 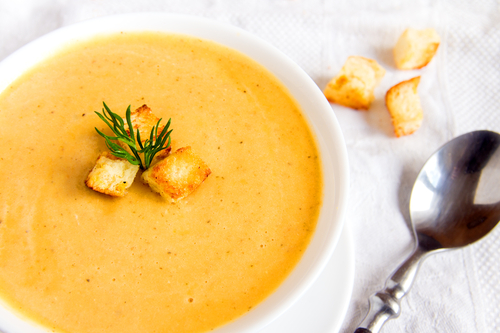