When Americans hear the news of deadly conflict in Kashmir between Pakistan and India, they simply move on to the next news story. For them, if they know anything, Kashmir simply means an endless conflict zone.

What they don’t know is that this region is one of the most beautiful spots on earth—and this deeply entrenched conflict really is a legacy of the British Empire’s “divide and rule” policy upon the partitioning of India. The paradise of Kashmir is burning because Indian and Pakistani leaders are willing to die, claiming their ownership to this scenic beauty.

Kashmiris themselves, mostly Muslim, are fiercely independent and don’t care for either side. After all, India and Pakistan both have pursued such brutal policies in the region that it is hard to find peace there—and the potential for prized tourism has never been realized. This is a tragedy on many levels.

I don’t intend to sort out the decades of back-and-forth arguments over abuse, oppression and violations. What I want to convey is that this truly is a corner of the earth that I hope, one day, they will place on their bucket list of global travels.

A Muslim born in India, I grew up in Hyderabad, about 1,200 miles from Kashmir. I first saw this legendary region in the summer of 1967, when I had a chance to attend a medical school in Kashmir. I began my long, slow journey to the beautiful Kashmiri city of Srinagar from Pathankot, an Indian town in the foothills of the Himalayas.

My final destination required a challenging mountainous journey—especially scary because earlier that same day, another bus had careened off a cliff. Far below, we could see it as an upside-down toy!

There was no question of driving in the dark—so we stopped for the night and I slept on a cot under the starry sky. As I lay looking up at the stars, I heard devotional hymns and bells from a shrine farther up in the mountains that lulled me to sleep. I woke up to the sound of chirping birds. It was a memorable prelude to what I experienced the next day.

After driving through a poorly lit two-mile-long tunnel, we emerged into a vast, lush valley surrounding the mirror like Dal Lake reflecting snow-capped mountains. As a popular tourist destination, it was known as “the jewel in the crown of Kashmir.”

For centuries, India’s elite escaped the summer heat by packing up their horse-drawn carriages, and sometimes their elephants, and moving to Kashmir for a few months. The 17th-century Mughal Emperor Jahangir loved this place. Everyone knows the story of India’s Taj Mahal, built as an act of love. But the shores of Dal Lake in Kashmir boast another world heritage site that was born of love. Jahangir devoted enormous resources to the construction of formal gardens to honor his beloved wife Nur Jahan. These gardens made of terraced pools, waterfalls, and elaborate landscaping are known as Shalimar, which means “abode of love” in Sanskrit. Jahangir truly loved this place. When he finished his gardens, he had an inscription carved in stone from the Sufi poet Amir Kushrow: “If there is a paradise on earth, it is here! It is here! It is here!”

UNESCO says one of the remarkable details of the architecture is that it was deliberately downplayed so that visitors’ attention was focused not on human construction—but on the natural beauty of the region. These Muslim rulers were environmentalists, appreciating God’s artistry in nature.

When I hear “Kashmir”—that’s what I see in my mind’s eye. I think of the fragrant saffron fields and 100-foot-tall chinar trees with their wide, shady canopies. I remember the gondola-like boats, called shikhara, slowly moving across the lake to carry the tourists and honeymooners to the houseboats anchored in Dal Lake.

I never became a doctor. Shortly after I arrived, Indian forces established a harsh curfew that closed everything down for many months. Finally, I gave up and left Kashmir behind. I wound up coming to America and becoming an entrepreneur. Now, I am an author promoting a peaceful understanding between religious and cultural groups wherever I travel.

This is why my heart breaks any time conflict breaks out between the two giant powers poised around Kashmir like great lions, ready to pounce at any provocation. I want to reach out and grab the leaders of both nations and give them a good shaking. I want to tell them: “Wake up! Why can’t grown-up, educated Indians and Pakistanis finally reject this British time bomb that was left behind when the Raj crumbled?”

There is so much of God’s beauty still cradled in Kashmir. Why can’t the armies leave and let this lush valley once again become a global mecca for love and beauty?

VICTOR GHALIB BEGG is the author of the 2019 memoir, “Our Muslim Neighbors”, available on Amazon and Barnes and Noble: www.OurMuslimNeighbors.com 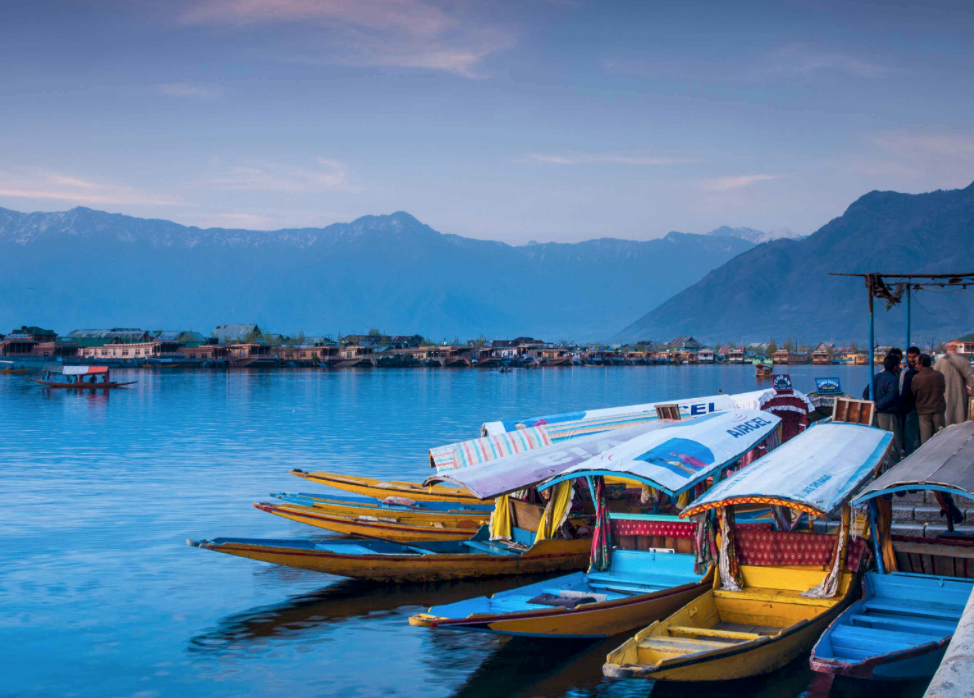