Al-Jathiyah is the 65th Surah revealed upon the Prophet and it occurs as number 45th Surah in the traditionally arranged Quran. It was revealed in Makkah and has 37 Ayah and four Ruku. It points to a historical reality that human beings have often acted in an arrogant manner, thus committing sins against God and harm against people. However, Allah is watchful of every action of every human being and would hold them accountable on the day of judgment. It warns people not to act as their own God because they would expose them to harm It tells people that none can be spared from the divine judgment.

Al-Ahqaf is the 46th Surah in the traditionally arranged Quran and it is the 66th that was revealed upon the Prophet. It was revealed in Makkah and has 35 Ayah spread in four sections. It is the last in the list of seven Surah that begins with Ha Meem. With examples from the people of Aad and Thamud, who had rejected the divine guidance in the past, the Surah draws people’s attention to their own fate if they behave the same way. It rejects the notion that anyone other than Allah is capable of inventing things. It alludes to the fact that people can discover the laws of Allah to make things, but they cannot invent those rules and laws. It warns people of the consequences of their rejection.

Adh-Dhariyat is the 67th Surah revealed upon the Prophet and it numbers 51 in the traditionally arranged Quran. It was revealed in Makkah and has 60 Ayah and 3 Ruku. It gives reference to the people and times of Prophets Ibrahim, Lot, Moses, Saleh and Shuaib as well as Noah and asks the contemporaries of Prophet Muhammad and those who would come after them to learn from the past to make their position clear on the divine guidance. It acknowledges the efforts that Prophet Muhammad made in establishing a community to serve Allah and inform the believers that falsehood would not survive because the righteous people are now in command.

Al-Ghashiyah is the 88th Surah in the traditionally arranged Quran and it was the 68th Surah revealed upon the Prophet. It was revealed in Makkah and has 26 Ayah and one Ruku. It elaborates on the idea of the end of time and tells that human beings will either be sad once they realize that they did not avail the time given in the world to do good or be happy as they realize that the good they did in the world is being acknowledged and accepted by their Creator. It also asks people to learn from the signs of Allah presented in the physical universe and communicate the message to the people. It reminds them that religion cannot be imposed upon people because it is built on the inner voice of the people with self-decision. 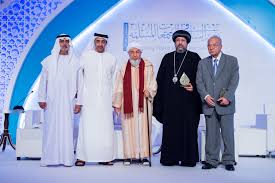 MPAC Convention
By Susan Schwartz, MMNS One of the challenges facing Muslims and, indeed fair minded people  of all faiths, is to…