Concern has spread as fliers left at the steps of several homes and mosques have declared April 3 as “Punish a Muslim Day.” Originating in London, these fliers have alarmed communities and local leaders, as they have spread across waters into U.S. states including Vermont, Virginia, and Illinois.

“They have hurt you. They have made your loved ones suffer. They have caused you pain and heartache. What are you going to about it?” the fliers read.

Local authorities, such as the Chicago Police Department, have issued statements requesting Muslims to take extra safety precaution. Authorities also worry that the planned day, Tuesday, April 3, may lead to increased hate crimes against those who may appear to look Muslim.

The fliers first appeared in early February and were circulated in major cities and social media throughout the United Kingdom, suggesting a point system on how to punish Muslims. The fliers feed off Islamophobia, requesting readers to take action against Muslims who have made “your loved ones suffer.” 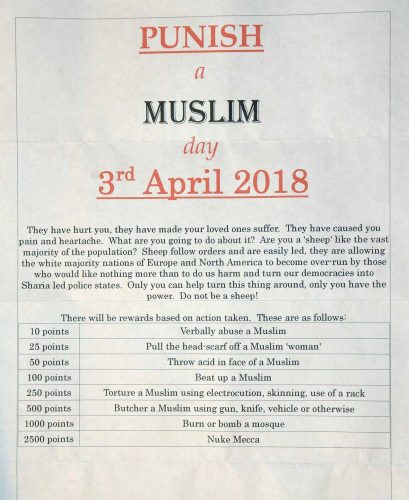 CAIR said it has received concerned inquiries from American Muslims who have heard of the U.K. threats and wonder if their families or their community will be similarly targeted.

“While the ‘Punish a Muslim Day’ threat seems to target British Muslims exclusively, it would only be prudent to increase security at Islamic institutions and in public spaces, and to remain vigilant to any potential bias-motivated actions,”  CAIR said in a community advisory.

An interesting aspect of the flier is the emphasis on white majority nations of Europe and North America becoming overrun by Muslims. This statement makes it seem as though Muslim is a race and one cannot identify as both white and Muslim.

According to the Pew Research Center, Muslims are actually one of the most racially diverse religious groups in the world. Muslims are European, Asian, African, Arab and South Asian. While there are Muslim dominate countries, the religion does not discriminate a race or ethnicity from joining.

Muslims do not wear the same clothes nor look the same. While some religious attire such as the hijab or niqab may identify one as Muslim, in reality, anyone can wear a scarf if they desire. Identifying someone as Muslim by their looks is based purely on one’s own bias and ideology.

Community leaders across the world have called for unity in the face of this potential threat. Many influencers have even tried to counter the threat with the idea of holding a “Love a Muslim Day” with a similar point system for doing acts of kindness on April 3.

It is essential to stand together as a global community and support one another in acts of injustice. Islamophobia and racial injustice should not be tolerated. Whether you identify as Muslim or not, do not be silent in the face of any discrimination. We must speak up to end the violence against not only our own communities but all marginalized communities and groups.

If you are placed in physical danger because of your ethnicity, religion or national origin: Call the police (dial 911 in most communities), and/or click here to contact your local FBI office. It is the FBI’s job to investigate hate-motivated crimes and specific threats of violence. You can also report a hate crime to the FBI online using this form. 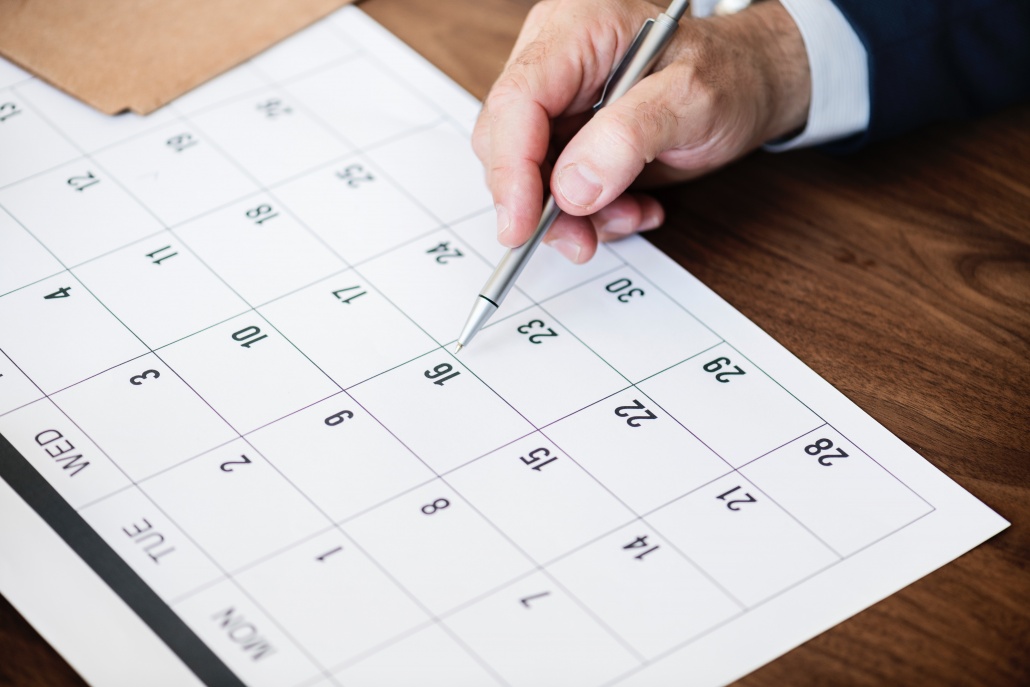 © 2020 MuslimObserver.com, All Rights Reserved
March for our Lives

Rare Conviction of Cow-vigilantes in Lynching Case
Scroll to top